[Visio] Link data between connection points and import it to table

Maybe I will try to illustrate it with an example. I am performing a drawing showing the connection between the Cisco network switches. Let's say I have two switches (#1 and #2), for example Cisco C9200-48P. This example is avalaible in stencils so I loaded the shape to my workspace. I would like my project to include connections in graphical form and a table below showing which ports are connected.

Let's say I have loaded stencils showing both switches (#1 and #2) with 48 connection points (in places of network ports). I would like to add information about MAC address in port 5 of switch #1 (similarly as in port 7 of switch #2). And then link these two ports together as a connection. This connection from drawing would then be imported to the table below with the information that:
switch #1 port 5 connects to switch #2 port 7. And then these ports will be locked since there is connection between them.
It would be nice if such a row in the table would 'light up' after hovering over the connections between devices (because of the large number of connections in the table)

The question is whether such 3 things are possible to do and so:
- assigning data to a specific port (connection point) in stencils
- linking the connections to each other so that later on this information is included in the table below
- display the connection on the table after hovering over link connection in graphical illustrate

IMHO Visio haven't these opportunuties out-of-box.
You can link data with some shape, not with connection points. But you can write your own code for create solution.

In that thread you can find my solution for create table of connections.

PS also you need create your own shapes. Shape which i download for Cisco site, have limited shape data rows 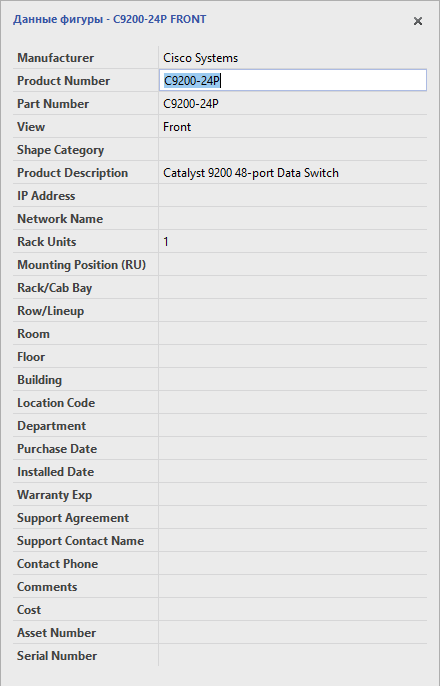 No one has followed this question yet.

How to Activate Volume License Visio/Project on an Azure VM that is using Microsoft KMS for OS activation?