Today we are releasing the Silverlight Integration Pack for the popular Microsoft Enterprise Library application blocks. This release provides guidance and reusable components designed to encapsulate recommended practices which facilitate consistency, ease of use, integration, and extensibility. It also addresses the needs of those who would like to port their existing LOB applications, that already leverage Enterprise Library, to Silverlight .

As depicted in the tube map below, the release includes:

In addition, we are shipping an Optional Update 1 for Enterprise Library 5.0. It includes the following:

How to Get It

Note: If you are new to NuGet, please do not look for Silverlight-specific Enterprise Library packages. NuGet packages are multi-platform. Just get the official EntLib packages (easily recognizable by the orange logo and the author - Microsoft). Depending on the framework your project is targeting, NuGet will install the corresponding bits. The only platform specific packages are source code packages.

The following learning resources are recommended:

This release has been produced by a dedicated group of professionals. 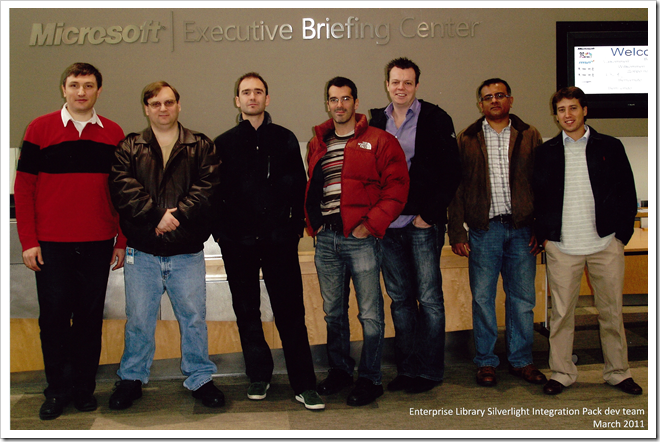 While NuGet and Visual Studio Gallery are primary distribution channels for this release, here are the download links to get the bits from the Microsoft Download Center: