Q&A with MVP Karen McCall: 'As someone with a visual disability, technology has been the key to my lifelong learning' 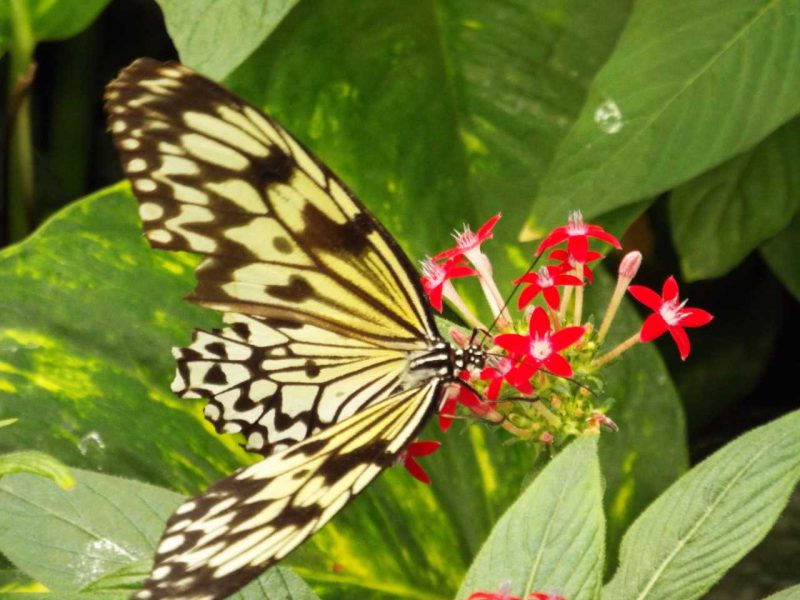 Editors note: This Q&A has been condensed by the MVP Award Blog. The photo to the left is of a butterfly on a red flower, and was taken by MVP Karen McCall - a photographer with a visual disability!

"Without the accessibility baked in, all we 'have access to' are various sizes of expensive rocks"

Word MVP Karen McCall has devoted her career to inclusive and accessible technology. She’s written numerous books on creating and working with accessible documents, and has worked with Microsoft’s Visual Studio team to make the Visio diagram more accessible, among many other things. We spoke to her about the work she’s done in the space, and how technology needs to be redesigned for those with disabilities - what she called the “Internet of Everyone.”

Can you tell us a bit about your background in technology?

My STEM based education ended at the end of high school. In computer technology I am mostly “self taught” because I have an interest in it. I was once told by someone who was significant in my life that “computers are above you and you will never understand how to use them.” I took this as a personal challenge rather than something that stopped me.

My background is in education and I have my Masters degree in Adult Education. With the focus on girls in coding and girls in STEM, I would encourage all girls and women not to listen to those who tell them they can’t, but to find the parts of technology or STEM subjects that they like and keep their interest in them. Ideas are just as important as the subjects themselves. This is especially true for girls and women with disabilities. If you have an interest in something, at least try. Who knows, you may be one of those of us who invents a new programming language or a new way for technology to work.

Why is accessible technology important to you?

As someone with a visual disability, technology has been the key to my lifelong learning, employment and leisure activities.

Tell us about work you’ve done with the Visual Studio team to make the Visio diagram more accessible?

Years ago I was presented with the problem of figuring out how to make Visio diagrams accessible for those of us with disabilities. How can someone who is blind, has a visual, learning or cognitive disability access a complex diagram of a complex process?

At that time this couldn’t be done in the Visio diagram itself, but it could be done once that Visio diagram was converted to tagged PDF. While the entire diagram would be tagged as a single image with the Alt text to tell people to read the attachment, I could create an alternate text (Alt Text) for the diagram. In looking at my first Visio diagram, I determined that simply identifying the parts wasn’t “telling the story” of the process.

In order to make the Visio diagram accessible and usable, I had to tell the story of the process. In doing that, I first kept all the acronyms. But when I read the story with my screen reader, it didn’t make any sense and I stopped listening after the second part of the process because it sounded like gibberish. I expanded all the acronyms and reread the story/process, and it made sense. I attached the Word document with the Alt Text (story) to the PDF document and sent it to the client.

Just as how curb cuts help mothers with strollers, telling the complete story of the process represented in a Visio diagram helped those with and without disabilities understand a complex process that was difficult to navigate visually. The response from my client was “I didn’t understand the process completely until I read the description you attached to the PDF document.”

At the last MVP Summit, I met with the Visio team and Visio MVPs to talk with them about the story of the diagrams and how important it is to know how the “arrow pointing left” as Alt text on a connector relates to the parts of the process it is connected to. While “arrow pointing to the left” can be redundant as it appears many times in a diagram, telling the story of what it connects to brings meaning to the diagram, as well as understanding.

What other work have you done around accessible technology?

The first thing I coded was a software program for grades 7 and 8 Canadian history, which was a module on women in Canadian history. My computer was a “Trash 80.” It had a memory of about 164 characters and I kept forgetting to save after 164 characters. So would code for a couple of hours, only to see the first 164 characters on the screen with a blinking cursor and nothing else. I found a friend who could remember to save. I wrote out the code on paper, threw it over my shoulder to them to enter into the computer and finished the project.

In the 1990s, adaptive technology and computers became more accessible for me. Up to that time I’d been using thick magnifying glasses to work with computers. I started using a screen reader because for me, it was faster than trying to visually decode text on the screen. While earning my Masters at the time online learning was in its infancy, I realized that digital content had to be accessible for those of us with disabilities in order for us to participate in an educational process moving forward.

With the adoption of the WCAG 1.0 (Web Content Accessibility Guidelines) I began doing consulting and training on how to make accessible web pages and sites. When Adobe introduced the ability to Tag PDF documents in the early 2000s, I learned how to do that and wrote the first book on working with accessible PDF documents, published in 2005. In promoting the book, people asked me what could be done to make Word documents more accessible so that there wasn’t as much remediation in Acrobat. So, I figured out what parts of formatting and structure in Word mapped to Tags in PDF and wrote another book in 2005 on accessible Word documents.

What is your favourite example of accessible tech, and why?

My favourite example of accessible technology is not necessarily the technology, but what that technology can do and the freedom and independence it can provide to those of us with disabilities.

When I lost my vision I was in high school and an avid reader. The option of reading books in large print - that were heavy and cumbersome -  provided a way to read, but it was difficult. My first talking book was huge! Although it had a strap and was portable, you didn’t want to move it around too much. It was a huge wooden case and the books were encased in a heavy metal container. Most of the books were old and not the current releases.

In about 2005 I bought a Victor Reader Stream and that is the technology I use to read with today. It is still small, about the size of a cell phone, and takes SD cards. It can also connect to the Internet and access podcasts. Although I use my Stream for Audible books only, I could put Word documents, web pages or music on it as well. I now travel with 4 32GB SD cards holding over 600 books so can decide what I want to read when I want to read it.

What's the future of accessible tech?

When I’m in a car with someone, I want to be able to choose the music, read the directions to find where we are going, and perform any task identified on the digital interface that the driver can. I don’t want to simply be a passenger, I want to be an active participant!

There is a lot of talk about the “Internet of Things” and I always counter this with the “IoE” - or Internet of Everyone.

For example, the Internet of Things would say that having a digital display on my coffee maker makes that device more user friendly and gives me a lot of options.

As I’ve mentioned, my magnifying glasses are thick and I have to get about 4 inches from the coffee maker display [to read it] But the arm for the water sticks out slightly so I can’t get near enough to the digital display to change anything. I am grateful I can get a cup of coffee! I can’t even read the inaccessible PDF user guide. So I have the default settings for coffee and have no idea what else my Internet of Things instead of Internet of Everyone coffee maker can do.

I just had to buy a new washing machine. The Internet of Things says that it is an advancement to have a digital display on a washing machine, but if I can’t see it, how am I supposed to do my washing independently? I don’t have invisible helpers who swoop in when I am faced with an inaccessible and unusable digital display, who can read my mind and perform the task I want.

Why aren’t these devices and digital displays - as well as content they link to - being designed with screen reading, screen magnification and voice recognition as a core part of how they operate? We will never be a truly inclusive community if we don’t shift our thinking from “things” to “people.”

For web based content...I’d start with the WCAG web site as they have some tutorials and training material. WebAIM (Web Accessibility in Mind) is another good place to start

The UN Sustainable Development Goals for 2030 include the eradication of poverty [as number one]. The second goal is to eradicate hunger, the third is to achieve gender equality and the fourth is education for all.

We will never come close to achieving these goals unless we create and redesign technology so that those of us with disabilities can be equals in employment opportunities, and be equals in our educational process.

Goal 4.5 is inclusive education. Many of us who are in learning environments now are still faced with inaccessible course material and textbooks, as well as inaccessible classrooms. People with disabilities don’t currently have the same choices and flexibility of applying for work. With my vision, I can’t apply for any help wanted signs to earn minimum wage because the typical workplace is not inherently accessible.

After all of the technology we’ve invested in to make our lives “easier” those of us with disabilities still find ourselves peering in the window of what could be, but isn’t even on the radar for developers. We must change this.