Exchange 2013 – Performance counters and their thresholds 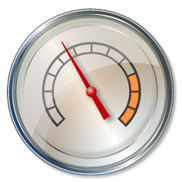 the official TechNet most important performance counters list to monitor for Exchange 2013 is now available !

The good news is that since Exchange 2013 is now a single box (-ish as separable CAS role is merely just a protocol forwarder), the counters to monitor are now simplified down to 71 counters:

Remember the process to analyze an Exchange performance concern (once it’s determined that the latency is server-side and not client side or network related):

1. Check the RPC requests as well as the RPC latency counters

2. Determine which is likely the cause by checking

2.1.1 - Disk counters to monitor to rule out performance issues caused by the disk subsystem are:

2.1.2 - Check my older Blog Post on the MSPFE TechNet Blog for complete performance assessment methodology, it remains the same general method for all Exchange versions:

Click HERE to go to my detailed Exchange Performance Assessment Methodology for all Exchange versions...

Check out all the counters and their description below:

For a summarized view, below is a sub-list of the above Technet Exchange counters to show only those which have thresholds (29 counters have thresholds out of the 71 TechNet counters) – the TechNet article above has the entire list and descriptions. You’ll see below a picture with colors for readability between categories (click on the small image to open the original one in a new window), the other table is a simple table to enable you to copy paste these to make it a bit easier to integrate the counters in SCOM or Perfmon custom alerts for example…