With the SQL Server Management Studio February update, we released a new update for the Plan Comparison Tool. In case you missed it before, we introduced this tool inside SSMS back in October (CTP2.4), with which you can do offline comparison of execution plans, from SQL Server 2005 to the latest and greatest. You can learn more about how to start comparing your plans in the previous post here.

So what has changed since then? A lot in fact, and to address the feedback we got, we needed to go one step beyond the Comparison Tool itself. We made changes to the user experience even when you are viewing a single execution plan, which in turn improves plan comparison.

Beginning with overall plan viewing, improving usability even with a single plan:

Now to what is specific to the Plan Comparison Tool, using the same practical example in previous post.

Finishing up with a more complex example of similar regions/segments being highlighted and a wider set of plan differences: 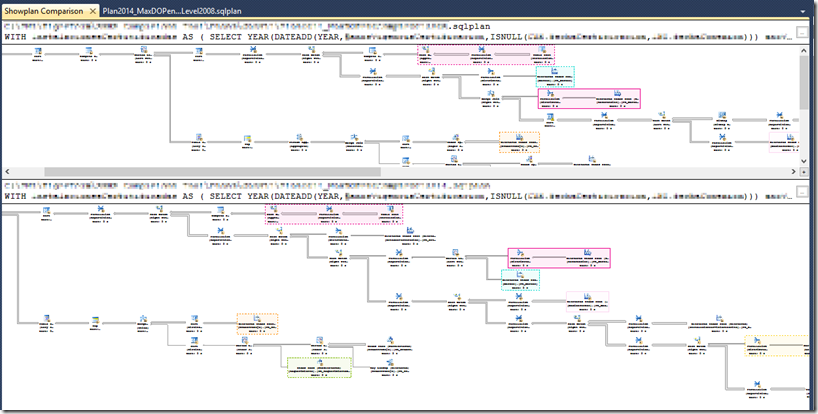 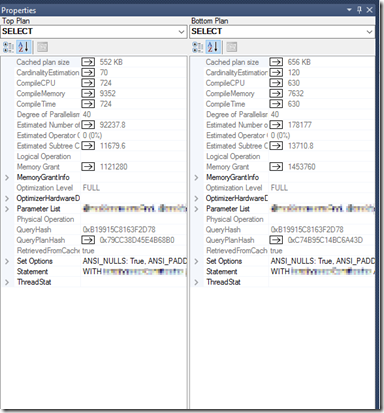 There are a few more exciting improvements planned, several already in the making, which will be released in upcoming releases of SSMS.

All these and upcoming improvements would not be possible without user feedback, so keep it coming. Please use the comment section or better yet, the “Email Blog Author” on the right for that purpose – many thanks in advance for your feedback!