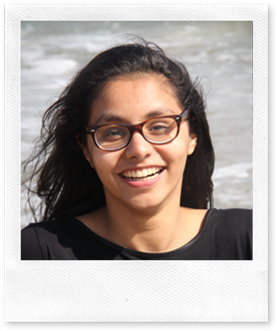 Hi! I am Vani Asawa, a second year student at the University of Oxford studying Mathematics. Originally from India. I have always been very passionate about science and technology and knew from a very young age that I would be working in those areas. I am particularly interested in understanding the applications of Machine Learning and Big Data. At Oxford, I am involved with the Artificial Intelligence Society as the Social Media Director, working to make my peers realise the potential of Artificial Intelligence and organising events with speakers working in this field.

Alan Turing invented the programmable computer in 1936 to show that certain mathematical problems could not be solved computationally. He believed that a computer, armed with the necessary resources, is capable of realizing any reasonable algorithm.

Since then, the computer industry has not only managed to build programmable computing machines, but also managed to double their capabilities every few months. However, despite these advances in computer technology, modern computers are still unable to make significant dents in hard problems. Problems that require exponential resources remain as intractable today as they were in 1936.

With its ability to harness quantum-mechanical phenomenon such as superposition and entangling, quantum computing uses the power of atoms to perform memory and processing tasks. In just hours or days, a quantum computer can solve complex problems that would otherwise take years for a traditional computer to solve. This will have massive implications for research in energy, medicine, artificial intelligence, environmental systems, smart materials, investments, logistics and supply chains, and more.

Through this blog, you will not only be able to find out more about the power of quantum computing and its impact on our future economy, but also be able to start building quantum applications using Microsoft’s software for quantum computing, Liqui|>!

What is Quantum Computing?

What does this mean?

Think of a modern, or classical computer. Classical computers store information in bits. Equivalent to an atom, a bit is the smallest unit of information storage. Each bit can take the value of 1 or 0. These 1s and 0s act as on/off switches that ultimately drive computer operations.

Quantum computers, on the other hand, are based on qubits, which operate according to two key principles of quantum physics: superposition and entanglement.

- By the principles of superposition, each qubit can represent both a 1 and a 0 at the same time.

Using these two principles, qubits can act as more sophisticated switches, enabling quantum computers to function in ways that allow them to solve difficult problems that are intractable using today’s computers.

Pictorially, a qubit can be thought of as follows:

Whereas a classical bit can only be in two states - in this case, the two poles of the sphere |0> and |1>, a qubit can be any complex vector form the centre of the sphere pointing to a spot on the unit sphere.

Thus, unlike classical bits, qubits arise in the way that they can simultaneously exist as both 0 and 1, with the probability for each state given by a numerical coefficient. Describing a two- qubit quantum computer thus requires four coefficients. Generalising for an n-qubit quantum system, we observe that n qubits demand 2nnumbers, which rapidly becomes a sizable set for larger values of n. For example, if n equals 100, about 1030 numbers are required to describe all the probabilities for all the possible states of the quantum machine—a number that exceeds the capacity of the largest conventional computer. Thus, a quantum computer could naturally perform myriad operations simultaneously, or in parallel, using only a single processing unit.

Now that we have understood the ideology behind quantum computing, let’s take a look at what is LIQ|⟩ and some key terminologies before we get started on coding quantum application!

LIQ|⟩, or “Language-Integrated Quantum Operations”, is a software for developing quantum applications. Currently being developed by the Quantum Architectures and Computation Group (QuArC) at Microsoft Research, LIQ|⟩ includes a programming language, optimization and scheduling algorithms, and quantum simulators to aid in the development and understanding of quantum protocols, quantum algorithms, quantum error correction, and quantum devices.

Currently, there are three classes of simulators built into the system representing different levels of abstraction:

1. Physical Modeling: One of the slowest simulators by nature, the physical modelling simulator attempts to model some of the actual physics in a quantum system.

2. Universal Modeling: This simulator is highly optimized for performing multiple calculations simultaneously, and is highly efficient in memory usage. However, its main limitation is the number of qubits (~30) that can be entangled at one time.

3. Stabilizer Modeling: This simulator has the virtue of allowing large circuits on tens of thousands of qubits, but has limitations on the types of operations.

These Simulations can be accomplished in the following ways:

Some other key terminologies that will be useful to know before we learn how to code quantum applications are:

LIQUi| ⟩ allows the simulation of Hamiltonians, quantum circuits, quantum stabilizer circuits, and quantum noise models, and supports Client, Service, and Cloud operation. It allows the user to express circuits in a high-level functional language like F#, and supports the extraction of circuit data structures that can be passed to other components for circuit optimization, quantum error correction or gate replacement.

As a user, you can use LIQUi| ⟩ to define quantum circuits, render them into a variety of graphical formats, and execute them using an appropriate simulator. Some of the specific algorithms you can simulate with LIQUi| ⟩ are:

● Quantum chemistry: computing the ground state energy of a molecule

Depending on your platform of choice, following are the steps for installing LIQUi| ⟩ :

Now, just as the atoms in the glass are trapped in local minima of the energy, but globally the glass is not in its ground state, physicists noted that the same thing could happen in simple models of magnetism. Suppose that you have a magnet whose Hamiltonian energy is given by

where si ∈ {+1,−1}, and the couplings Jij between various spins look random: sometimes positive, and sometimes negative. In general, this system will be frustrated: some of the bonds will have "unfavorable" energies: e.g., a positive Jij with si=sj. However, there certainly exists a ground state for the magnet and it is quite likely that some bonds will be frustrated, but the idea is that the existence of frustration typically leads to a very large number of local minima in the energy H, just as there are many local minima in a window glass.

A spin glass should have two properties:

1) An exponential number of locally stable equilibria, which do not have to be Hamiltonian

2) If you give the system reasonable dynamical rules, there are dynamics on all time scales. The simple way to see that this will happen is to recognize that the local minima in your system consist of clusters of spins of very large size, which all have to simultaneously flip, to get from one ground state to another. This cluster can be taken to be connected without loss of generality. Dynamics on all time scales then, heuristically, maps to the presence of clusters of all sizes. This leads to aging, where the system takes a very long time to relax to its ground state. In many models, aging breaks ergodicity -- the system will never explore the full phase space, but is trapped in some very small pocket of it.

The Spin class in LIQ⏐〉 is used to define Spin-Glass problems to the system. The Hamiltonian being simulated is:

We are starting in a ground state that we know in the direction (Γ = 1, Λ = 0 ) and ending in a target state in the direction (when Γ = 0, Λ = 1) which we’d like to discover. This is referred to as an adiabatic evolution since it is expected that if we move slowly enough (changing Γ, Λ) we can stay in the ground state of the entire system and smoothly move to the solution. The changing of strength over time is called the annealing schedule and typically looks like this:

There are two main ways to instantiate the class. The first is the “bottom level” version that lets you specify everything:

The constructor arguments are:

1. spinTerms which are a list of elements that contain:

a. schedule:0 based index of an annealing schedule that will be used

b. op: Operation(Gate) to apply

c. ampl: Amplitude(strength) of this term

b. Trotter1x: Split the transvers (X) field terms to the start and end of the Circuit

The second form of the constructor takes care of many of the details for you:

The constructor arguments are:

● hs – Create a dictionary for each Qubits that you want to provide a strength to in the range (typically) of -1.0 to +1.0. These are the ZR terms.

Note that there’s no XR term, since it’s implied automatically and is on annealing schedule 0. The ZR and ZZR are terms on automatically placed on schedule 1.

Two built-in static members are available to aid in setting up spin-glass systems. Let’s go through the example provided in the samples directory (Ferro.fsx) which simulates a ferromagnetic chain. The file shows both static members, but take a look at the simpler one here:

What we’ve done is created a twisted chain (one end up; one end down) so when we simulate, we get both details for 1 run and a histogram across all runs:

The detailed output shows the probability of each qubit between 0 and 1 (- = tending to 0, +=tending to 1 and .= no tendency). The histogram shows each case seen, what percentage of the runs fell into that category and the final energy (showing we reached the ground state). The test also generated two diagrams. The first was Ferro.htm which shows all the pieces (as well as the fact that we used RunMode Trotter1X visible from the fact that the RpX gates are both at the beginning and end of the Circuit):

The second diagram shows the Circuit that was actually run after “Gate Growing” was performed:

Here you can see that we only had to do 5 matrix multiplies to perform the entire circuit (major speed-up). One of the reasons not to grow even further is that the circuit changes at every time step (due to the annealing schedule), so spending time optimizing beyond a certain point simply doesn’t pay.

Today, quantum computing is somewhere between the arrival of FORTRAN and Engelbart’s “Mother of all Demos.” Highly trained specialists are able to translate real world problems into language a quantum computer can understand, but for most people the technology is out of reach. That will change in the years to come.

It might not be that we have quantum computers in all our homes, but we will likely be able to access them in the cloud and they will help us solve problems that seem impossible today. According to D-Wave’s Jeremy Hilton,“the quantum computing revolution may be even more profound than the digital computing revolution a half century ago and it will happen much faster.”

Excited? Want to find out more about Quantum Applications?

Take a look at the following links and go explore the world of quantum applications and LIQ⏐〉!