This article briefly describes the steps for running Altair AcuSolve on a virtual machine (VM) that's deployed on Azure. It also presents the performance results of running AcuSolve on Azure.

AcuSolve is finite-element based and uses distinct methods to solve all fluid problems: Navier-Stokes, smoothed-particle hydrodynamic, and Lattice Boltzmann. It enables simulations that involve flow, heat transfer, turbulence, and non-Newtonian materials. Engineers and scientists use AcuSolve for the automotive, aerospace, and energy industries, including for chemical processing and electronics cooling.

Why deploy AcuSolve on Azure?

This diagram shows a multi-node configuration: 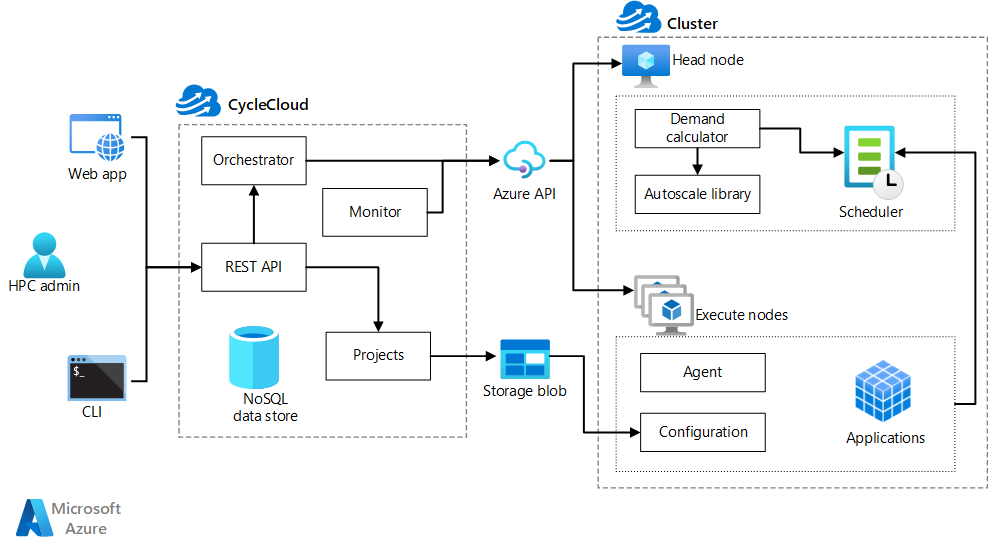 This diagram shows a single-node configuration: 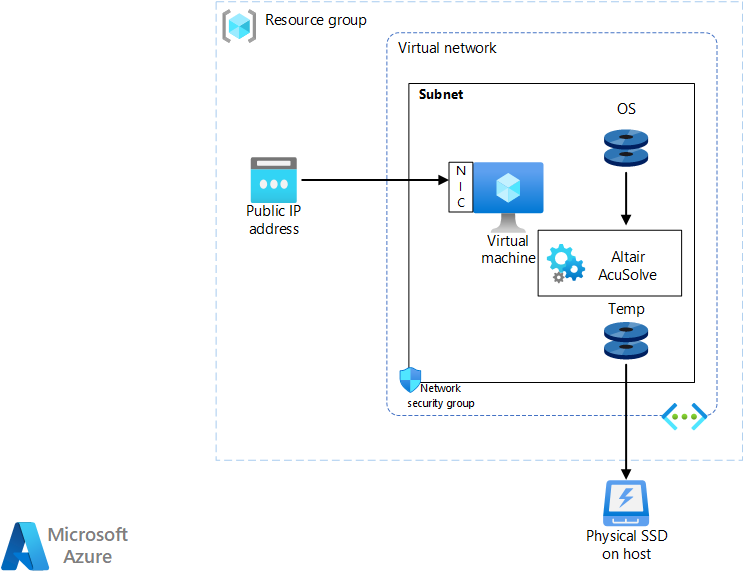 HBv3-series VMs were used to test the performance of AcuSolve on Azure. The following table provides configuration details:

Before you install AcuSolve, you need to deploy and connect a Linux VM.

For information about deploying the VM, see Run a Linux VM on Azure.

You can install AcuSolve from Altair One Marketplace. You also need to install Altair License Manager and activate your license via Altair Units Licensing. You can find more information about installing AcuSolve and License Manager and activating your license on Altair One Marketplace. For multi-node installation, see the next section.

You can easily deploy an HPC cluster on Azure by using Azure CycleCloud.

Azure CycleCloud is a tool for orchestrating and managing HPC environments on Azure. You can use CycleCloud to provision infrastructure for HPC systems, deploy HPC schedulers, and automatically scale the infrastructure to run jobs efficiently at any scale.

Azure CycleCloud is a Linux-based web application. We recommend that you set it up by deploying an Azure VM that's based on a preconfigured Azure Marketplace image.

To set up an HPC cluster on Azure, complete these steps:

For multi-node configurations, the AcuSolve installation process is the same as the process described previously for a single node, except for the path to the installation directory:

Results for a single-node configuration

Two models were used to test the single-node configuration: 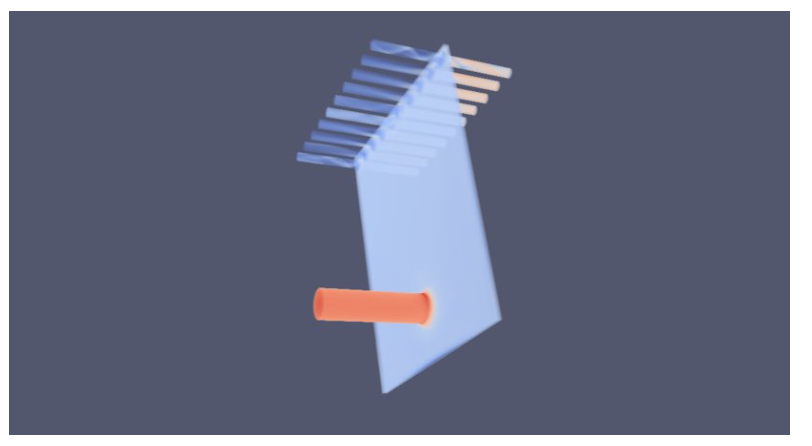 The following table provides details about the backward-facing step model:

This table provides details about the impinging nozzle model:

1. In these cases, the number of processors was artificially limited. This VM has 120 processors.

The following graph shows the relative speed increases on the Standard_HB120rs_v3 VM: 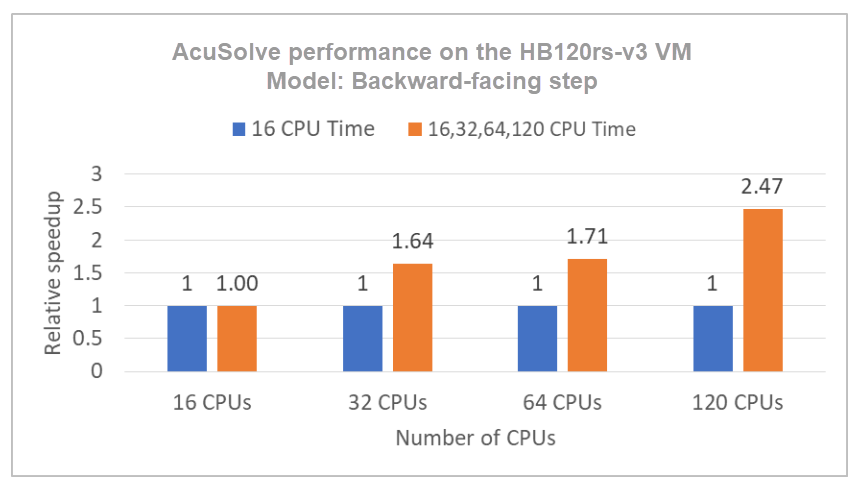 2. In these cases, the number of processors was artificially limited. This VM has 64 processors.

The following graph shows the relative speed increases on the Standard_HB120-64rs_v3 VM:

As the preceding performance results show, the Standard_HB120-64rs_v3 VM with 64 cores provides the best performance. For the impinging nozzle model, which has more elements, we used that VM for the performance evaluation.

3. In these cases, the number of processors was artificially limited. This VM has 64 processors.

The following graph shows the relative speed increases on the Standard_HB120-64rs_v3 VM: 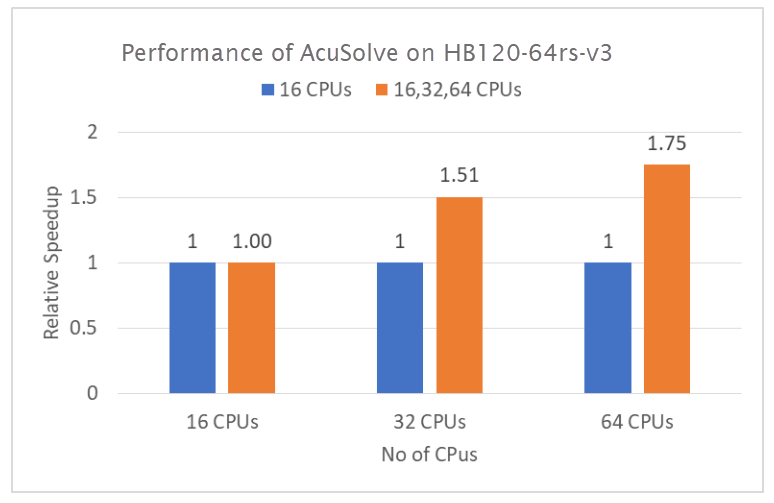 Results for a multi-node configuration