While working with Azure Function Apps we often come across performance issues where we see the rate of message processing or the rate at which API calls are being served is not even near to the expected one.

Before we start digging into these issues I would like to mention that no service/product is perfect. As and when product grows it needs more inputs for improvement. It is possible that even after following the best practices the applications may face issues but then Microsoft is always open for feedback and that’s how we grow and keep improving.

This blog assumes the basic knowledge about the Azure Function App.

Let’s discuss the commonly faced Performance Issues one by one.

When we talk about performance it’s commonly about, but not limited to,

While creating a Function App one should keep in mind the fact that moving from Consumption Plan to App Service Plan and vice-versa is not possible once the function is created. However, if you delete the Function app and recreate it on the other type of hosting plan then that is possible for obvious reasons.

Consumption plan takes care of scaling out whenever there is a need. To describe in simple terms scaling happens when the current processing /output <= the current input. Scaling (scale out) happens when this equation doesn’t hold true. All these performance issues usually we face on Consumption plan where we don’t have the control over scaling up or scaling out the hosting plan. In addition to this, the VM specs are pretty much limited to the consumption plan. Up to 1.5 GB Ram and 1 core CPU is what we get in one instance where the Function app is running, which is not too great I would say. The other limits are: 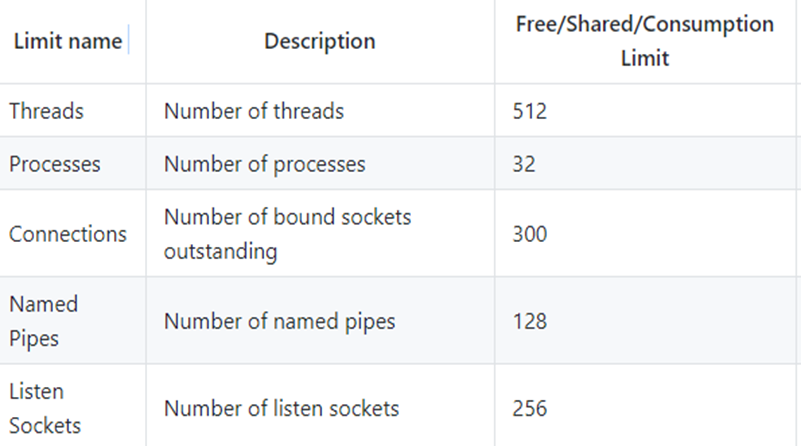 We should design and develop our function app in a way avoiding performing an intensive tasks taking high CPU, High Memory, spawning large no of threads, opening large no of outbound socket connections etc.

However, it takes at least 10 seconds to add a new instance and then the load balancing of the events starts.

Especially with HTTP triggers, it takes a bit longer to add more instances. So if we are running load tests we may see a little bit higher time taken by the requests to complete as they all start to go on a single instance and we can observe the HTTP pipeline growing up initially. However when the new instances are added then processing speeds up and within 20-30 Min of time, the high load(10K requests) will be settled.

This was about the Consumption plan.

In case we use the app service plan then definitely we are choosing the VM specs we want our application to run on. So with features like auto-scaling, we can have the control on when to trigger scaling and also what size of VM to choose. Also for plans on Standard and above there is an option to use Traffic Manager as well to distribute the load.

This was about the VM and how to manage or effectively utilize the VM resources.

While building the application one should also consider the connections to other services internal or external to Azure which the Function app is going to connect while processing. The limit for no of outbound socket connections alive at any given point in time is 300 on Consumption plan. It seems to be pretty low. However, scale-out happens (indirectly) when this limit is reached.

Let's see how this works.

The consumption plan scaling will work in a scenario where there are 400 requests to the Function app itself and every function call making one connection to external service. So if initially we have one instance to start with it will get 400 calls then as it will not be able to process more than 300 calls (it will make 300 connections to the external service and will consume all 300 ports) the consumption plan scaling will happen and will add a new instance to serve rest of the calls and balance out the further load.

Along with these considerations, we can implement concurrent/parallel processing of messages by using respective trigger properties in HOST.JSON file of the Function app. These are:

While connecting to the external services it’s always advisable to use connection pooling. However, that also depends on what scenario you are working on.

So the considerations discussed above, the concurrent processing properties and connection pooling combined together can significantly improve the function app performance.

I hope this will give you all a little more insight on how to deal with Azure Function Apps Performance.