Big data is one of those over used and little understood terms that occasionally crop up in IT. Big data has also been extensively over hyped and yet it’s a pretty simple concept that does have huge potential.     A good way to describe it is the three V’s , Volume, Variability and Velocity:

These three Vs mean that big data puts stress on  the compute storage and networking capacity we have and because its use is uncertain it can be difficult to justify any infrastructure investments for this.  This is the main reason that cloud services like Azure make sense in this space.  Cloud storage is very cheap, and as we’ll see compute can be on demand and very scalable so you just pay for what you need when you need it.

Enough of the theory how does that play out in Azure? 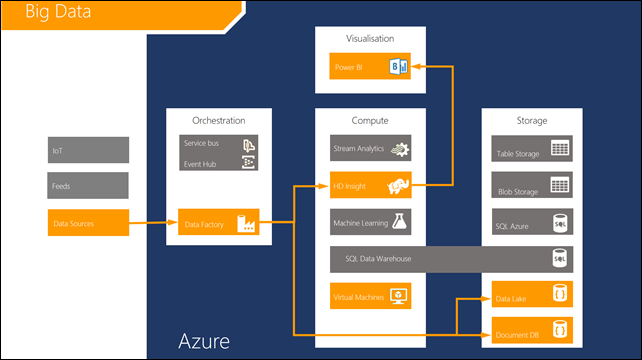 Working backwards – we need to have somewhere to store all of this data and at the moment we currently have three choices for big data :

Having found somewhere on Azure to store data, we need a mechanism to process it and the industry standard for this is Hadoop.  On Azure this is referred to as HDInsight and while this is essentially a straight port of Hadoop on to the Windows or Linux designed to rub on Azure it has a number of benefits:

Creating cluster in HDInsight is still a manual process, and while we could create it and leaving it running this can get needlessly expensive  if we aren’t using it all the time so many organisations will want to create a cluster run a job against it and then delete it.  Moreover we might want to do that in line as part of a regular data processing run and we can do this in HD Insight in one several ways for example:

If you want to find out more about any of these services the Microsoft Virtual Academy now has a more structured view of the many courses on there including a special portal  for Data Professionals.. 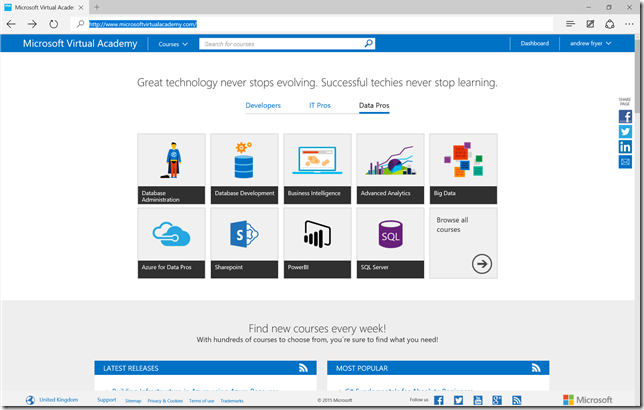 and drilling into Big Data will show the key course to get you started.. 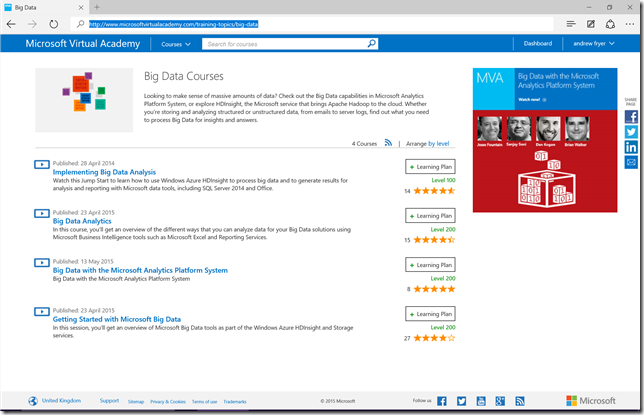 Hopefully that was useful and in my next post in this series we’ll show how various Azure services can be used for near real time data analysis.