A question the CORE Team gets asked frequently deals with configuring Hyper-V Guest with Pass-through disks. In this blog I will cover this topic.

After storage is mapped to the Hyper-V server, it will appear as a raw volume and will be in an Offline state (depending on the SAN Policy (Figure 1-1)) as seen in Figure 1.

I stated earlier that a disk must be Offline from the Hyper-V servers' perspective in order for the Guest to have exclusive access. However, a raw volume must first be initialized before it can be used. To accomplish this in the Disk Management interface, the disk must first be brought Online. Once Online, the disk will show as being Not Initialized (Figure 2).

Figure 2: Disk is Online but Not Initialized

Right-click on the disk and select Initialize Disk (Figure 3). 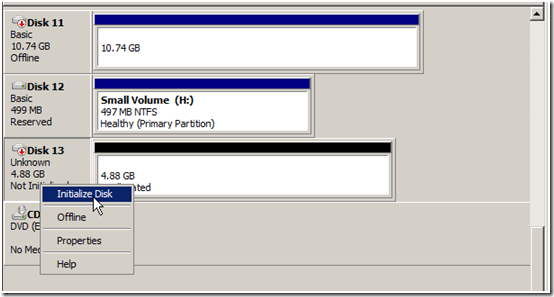 Select either an MBR or GPT partition type (Figure 4). 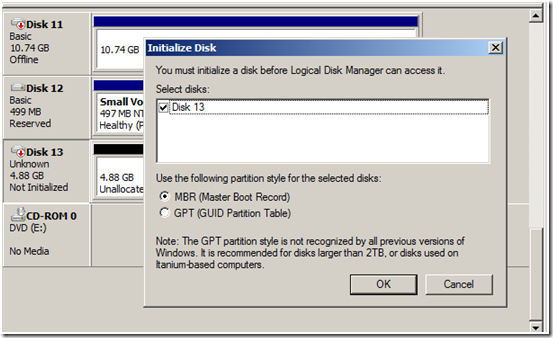 In order to configure a Pass-through disk in a Guest, you must select Attach a virtual disk later in the New Virtual Machine Wizard (Figure 5). 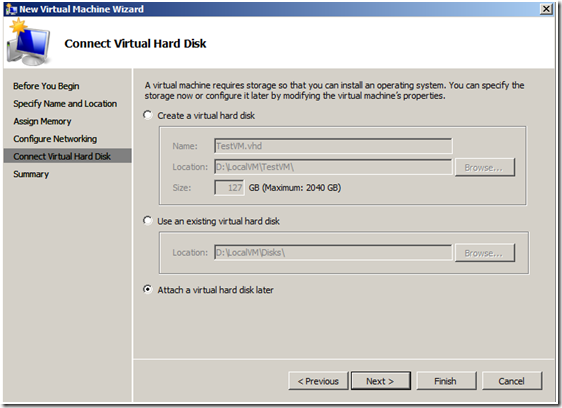 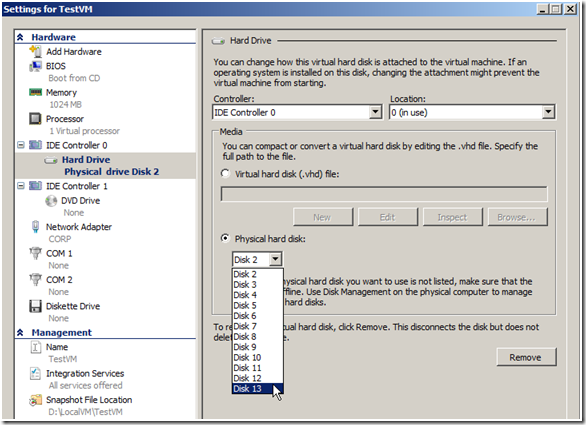 Figure 6: Attaching a pass-through disk to an IDE Controller

Note: If the disk does not appear in the drop down list, ensure the disk is Offline in the Disk Management interface (In Server CORE, use the diskpart.exe CLI).

Once the Pass-through disk is configured, the Guest can be started and data can placed on the drive. If an operating system will be installed, the installation process will properly prepare the disk. If the disk will be used for data storage, it must be prepared in the Guest operating system before data can be placed on it.

This completes our discussion. I hope you will find this information useful and share it with your colleagues.