This is third article on the series on deploying Elasticsearch, Logstash and Kibana (ELK) in Azure Kubernetes Service (AKS) cluster. The first article covered deploying non-SSL ELK to AKS and consuming messages from Azure Event Hub. The second article described how to secure communications in ELK and use Azure AD SAML based SSO for Kibana and Elasticsearch. In this article I am going to share steps needed to ingest Azure Redis Cache messages into Elasticsearch using Logstash's Redis plugin.

Azure Redis Cache is based on the popular open-source Redis cache. It is typically used as a cache to improve the performance and scalability of systems that rely heavily on backend data-stores. Logstash's Redis plugin will read events from Redis instance. I will create a Logstash event processing pipeline where I will define Redis as input and Elasticsearch as output. The component diagram has been updated to add Azure Redis Cache integration. 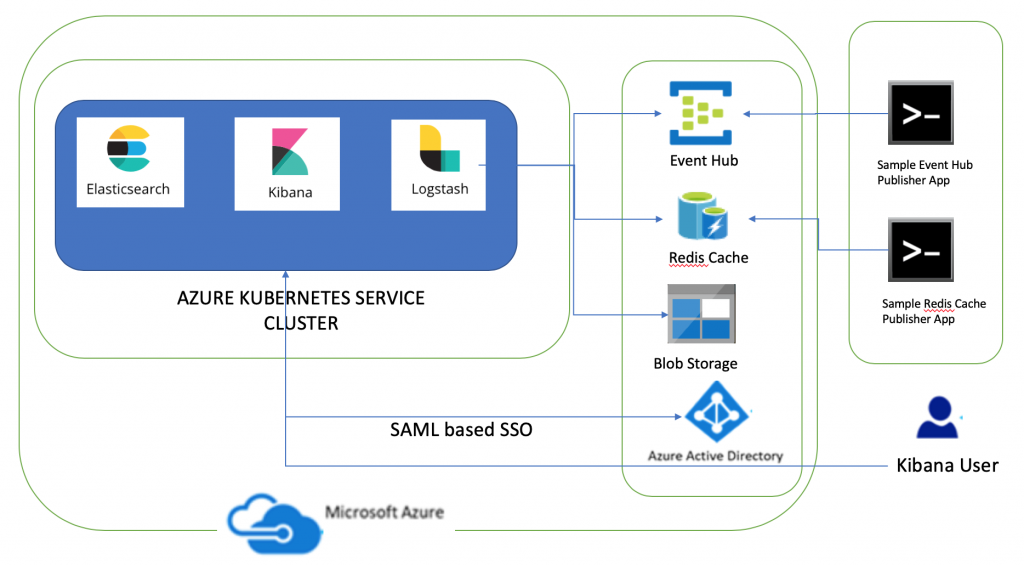 The dev tools used to develop these components are Visual Studio for Mac/VS Code, AKS Dashboard, kubectl, bash and openssl. The code snippets in this article are mostly yaml snippets and are included for reference only as formatting may get distorted thus please refer to GitHub repository for formatted resources.

As mentioned previously, I will create a Logstash pipeline which will use Logstash Redis input plugin. This input will read events from a Redis instance; it supports both Redis channels and lists. You can read more about Redis input plugin. You can get installed plugins list by following steps listed below 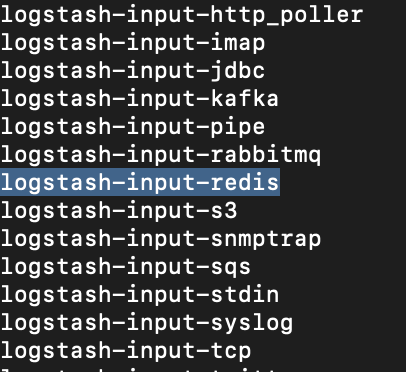 Logstash is data processing pipeline that ingests data from a multitude of sources simultaneously, transforms it, and then sends it to Elasticsearch. Logstash will use Azure Event Hub plugin and Redis input plugin to ingest data into Elasticsearch. In this article, I am going to share main pointers about changes needed to Logstash resources i.e. ConfigMap and Deployment in order to subscribe to Azure Redis Cache only. You can refer to first two parts of this series for more details.

The steps needed to deploy Logstash to AKS are listed below

The only change needed to Logstash_Deployment.yaml is to mount the new pipeline configuration for Redis i.e. azureredis.cfg. You can refer to previous articles of this series for further details about this resource.

After sending a few messages, navigate to Kibana endpoint and you will see events received and events emitted in monitoring section

This completes the article on ingesting Azure Redis Cache messages into Elasticsearch using Logstash's Redis plugin. The sample code for this article can be downloaded from GitHub.