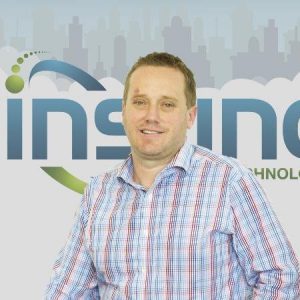 At Insync Technology we build and deliver digital business experiences with the Microsoft Cloud. We help organisations to become more efficient, people to be more productive, and for everyone to stop doing the things they hate! We are a 100% Microsoft partner business focussed around the modern workplace and so it’s no surprise that the idea of attending a worldwide Microsoft conferenced appealed to us. Microsoft Inspire (or Worldwide Partner Conference as it was then known) seemed to offer everything we needed.

But there was just one problem.

The wake up call

My co-founder Stuart Moore and I started Insync Technology in 2013. When the idea of going to the Microsoft Worldwide Partner Conference first came up, we were still very much in start-up mode, with the business running us rather than the other way round. We both wanted to attend the conference but the reality was that for the business to continue to run, one of us had to be on the ground making it happen.

The realisation that I wouldn’t be able to attend was an important wake-up call for me. It helped me recognise that it was never my intention to start a business to be tied to it 365 days a year. This awareness prompted us to truly work on the business, putting the right people and processes in place so that both of us could attend Microsoft Inspire in 2017.

The results of that hard work meant we came back from Microsoft Inspire with a business that was still successfully running. We had been able to take advantage of everything the conference offered us, immersing ourselves for the entire week on the content and the people at Inspire, knowing that our business was ticking over like clockwork on the home front.

I now appreciate that I could not have chosen a better time to attend Microsoft Inspire. It was at the 2017 conference that Microsoft started to announce a huge amount of organisational change. Being there meant that we were privy to that insight from day one. We were finding out about the Microsoft transformation at the same time as the rest of the Microsoft team and partners — we were all part of this journey discovering the changes at the same time.

We also began to look at our own business and make decisions in a new, informed way that aligned with Microsoft’s changes. We rebranded and grouped a number of our teams to align with the Microsoft terms, specifically Modern Workplace and Apps and Infrastructure. From there we re-worked our marketing, our branding, our website, and our go-to-market; we invested a lot of time and money changing our business to fit with Microsoft and it was Microsoft Inspire which gave us the confidence to do that.

While it is hard to calculate the ROI on these changes, the true measurement of success became clear to us a couple of months after Microsoft Inspire when we attended the One Commercial Partner roadshow event hosted by Mark Leigh. The event was well attended and a whole group of partners were present in the session. Only about a quarter of the people in the room had been at Microsoft Inspire and it was clear that they “just got it”, it was something that they had worked on already, they had digested the information, it was already a part of their businesses – the other three quarters of the room, you could tell, just didn’t get it.

That was the defining moment for me; we actually had a three-month head-start on a lot of our competitors.

Why you should go Microsoft Inspire is much more than content sessions and keynote speeches, it’s the early access to information, what the direction is and what the priorities are that makes it really meaningful. You can gain the knowledge by watching the streams anywhere in the world, but it is the conversations you have afterwards with both the Microsoft team and the partners that gives you deep insight into how things are happening.

Microsoft Inspire gave me a week to spend with like-minded people, it wasn’t simply learning about and growing our business; it was also a week of great personal development. But, it is the early insight and consistent messaging about what is happening and how it’s happening that means you will find me there again this year.