This blog series will walk through the major features of Trace Parser.

Install and set up Trace Parser

Trace Parser can be installed using the Microsoft Dynamics AX 2012 setup program.  Note that Trace Parser requires .Net Business Connector. In order to run Trace Parser, you also
need access to a SQL Server 2008 instance (Enterprise or Developer edition) with admin permission. Using a local SQL server instance is recommended. You don’t need to
use the same SQL instance where the AX DB is installed. 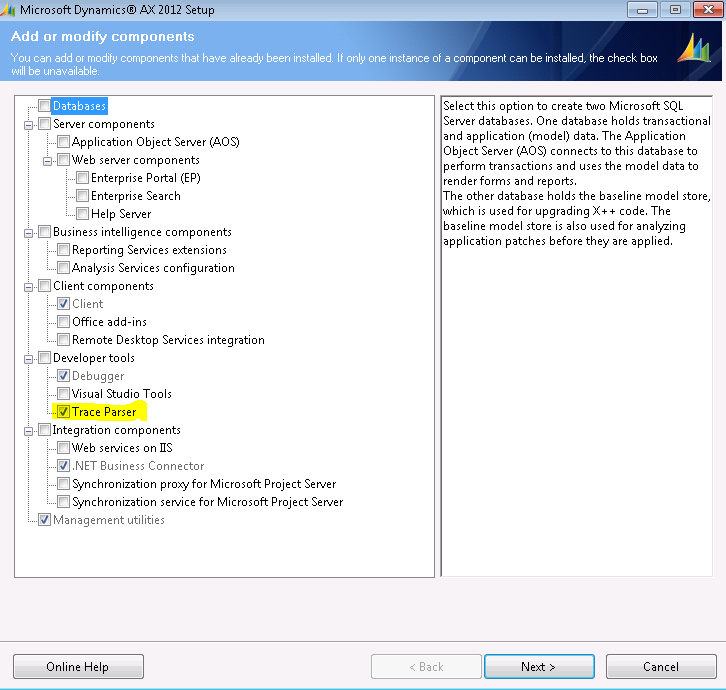 The first time you start Trace Parser, you will be prompted to set up Trace Parser database. You need to let Trace Parser create a new database for you. Do not select an existing database. Fill in server name and type a database name that doesn’t exist, and then click the “Register” button:

A message box “The specified database does not exist. Would you like to create it?” is displayed.  Click“Yes” to create and register a new database. 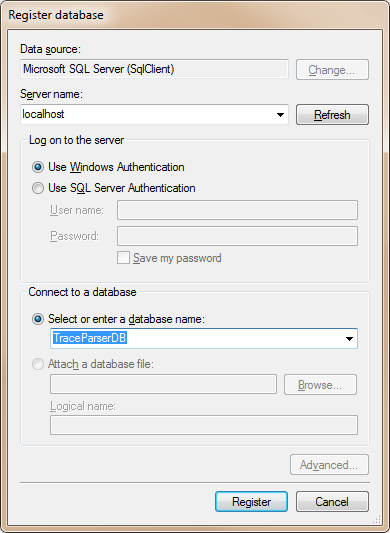 The “Select Trace” window pops up. You can click the Cancel button to dismiss the window for now. Note the status bar at bottom displays the registered database name now: 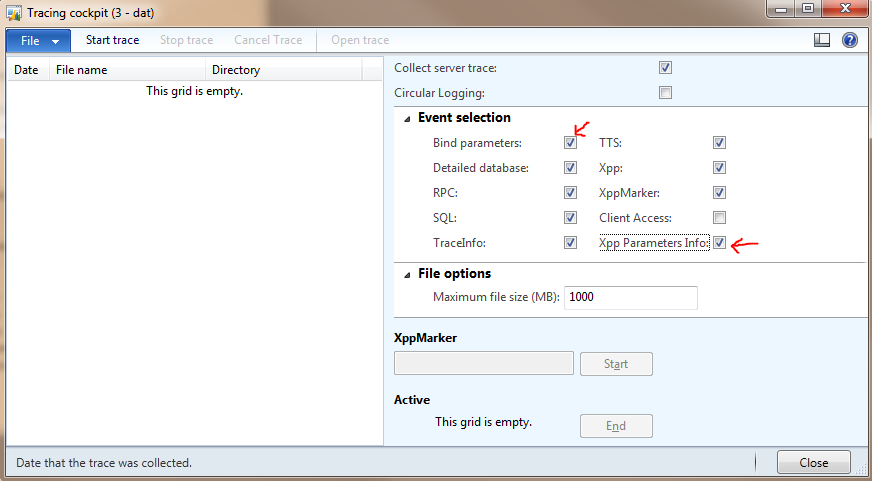 By default, the “Bind Parameters” and “Xpp Parameters Info” events are unchecked. This is to avoid capturing confidential information which could be exposed through the parameters of X++ methods and SQL queries. Always ask your customer or IT Admin whether it's OK to collect these information. If you have cleared the legal and privacy concerns, we recommend you check the options to collect more useful information.

In Trace Parser, click the menu item “File -> Import trace” and then specify the trace file that was created in the previous step. Trace Parser now starts importing the trace, and it may take up to minutes to finish, depending on the file size.

After importing is finished, Trace Parser displays the overview of the imported trace. The overview gives users quick ideas about the “hot spots” in the trace by showing the top-most expensive X++ method calls and SQL statements across all sessions.