The Azure HDInsight Application Platform allows users to use applications that span a variety of use cases like data ingestion, data preparation, data processing, building analytical solutions and data visualization. In this post we will see how DSS (Data Science Studio) from Dataiku can help a user build a predictive machine learning model to analyze movie sentiment on twitter.

To know more about DSS integration with HDInsight, register for the webinar featuring Jed Dougherty from Dataiku and Pranav Rastogi from Microsoft.

By installing the DSS application on a HDInsight cluster (Hadoop or Spark), the user has the ability to:

DSS has the ability to integrate with multiple data connectors. Users can connect to their existing infrastructure to consume their data. Data can be cleaned, merged and enriched by creating reusable workflows.

One of the highlights in DSS is to be able to collaboratively work on building an analytics solution. Data Scientists/Analysts can interact with developers to build solutions and improve results. DSS supports a wide variety of technologies like R, MapReduce, Spark etc.

Another key feature in DSS is the ability to build predictive models leveraging the latest machine learning technologies. The models can be trained using various algorithms and applied existing flows to predict or cluster information.

DSS offers an integrated UI where you can visualize all the data transforms. Users can create interactive dashboards and share it with other members in the team.

Leverage the power of Azure HDInsight

DSS can leverage the benefits of the HDInsight platform like enterprise security, monitoring, SLA and more. DSS users can leverage the power of MapReduce and Spark to perform advanced analytics on their data. DSS offers various mechanisms to train the in-built ML algorithms when the data is stored in HDInsight. The below diagram illustrates how the HDInsight cluster is utilized by DSS (Note: Integration with Azure blob storage is available in DSS 4.0) : 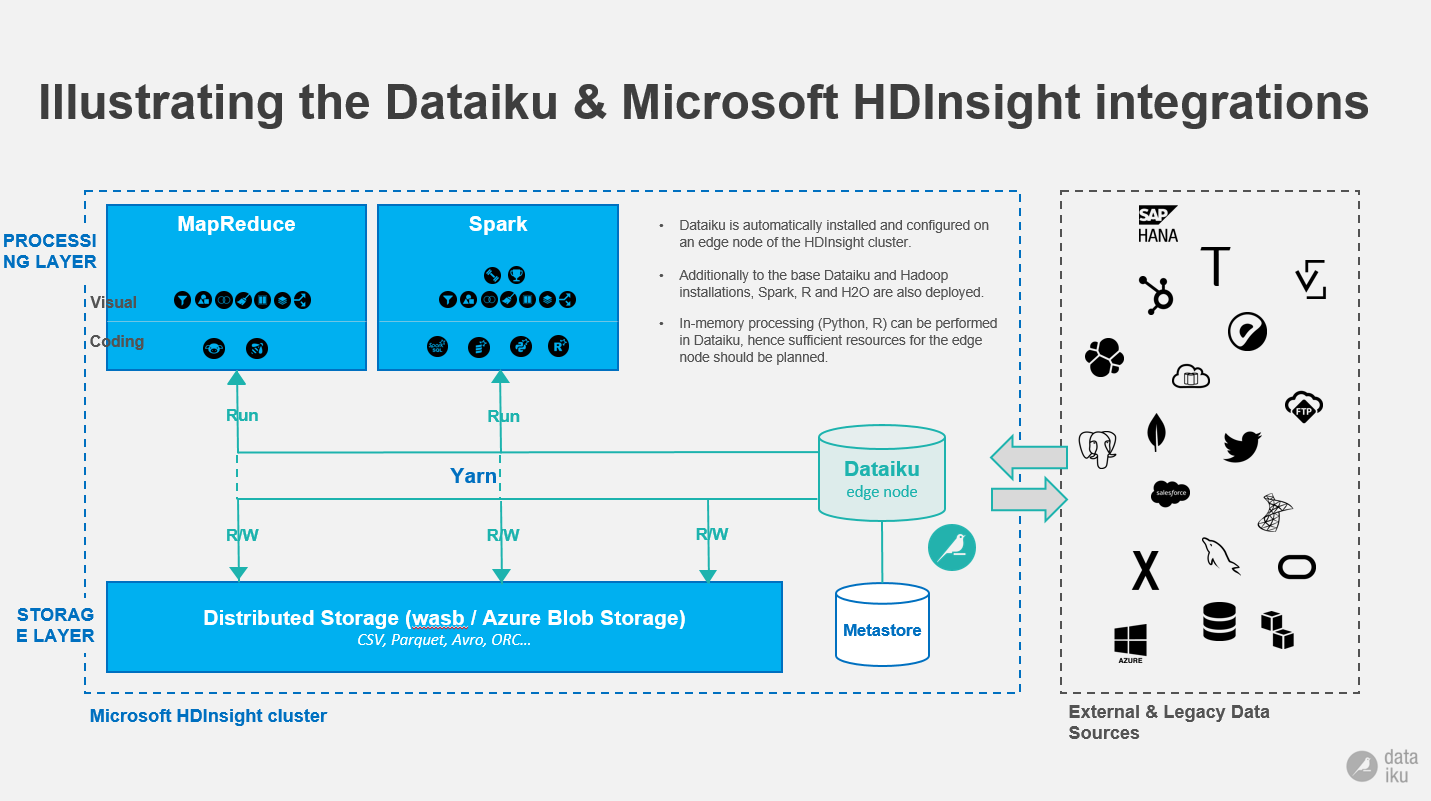 How to install DSS on an HDInsight cluster?

DSS is an application available to install on Linux clusters of Spark or Hadoop type with HDI Versions starting from 3.4. The application can be configured to install during cluster create or added onto an existing compatible cluster. 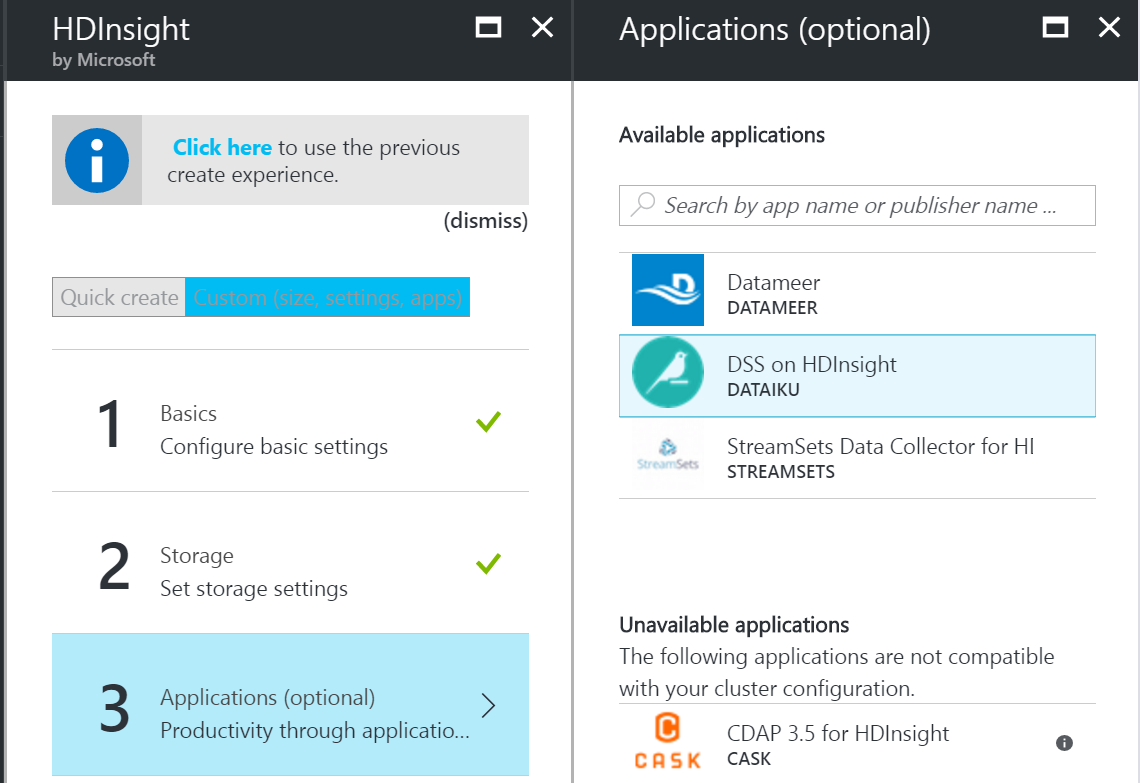 Install DSS on an existing cluster: 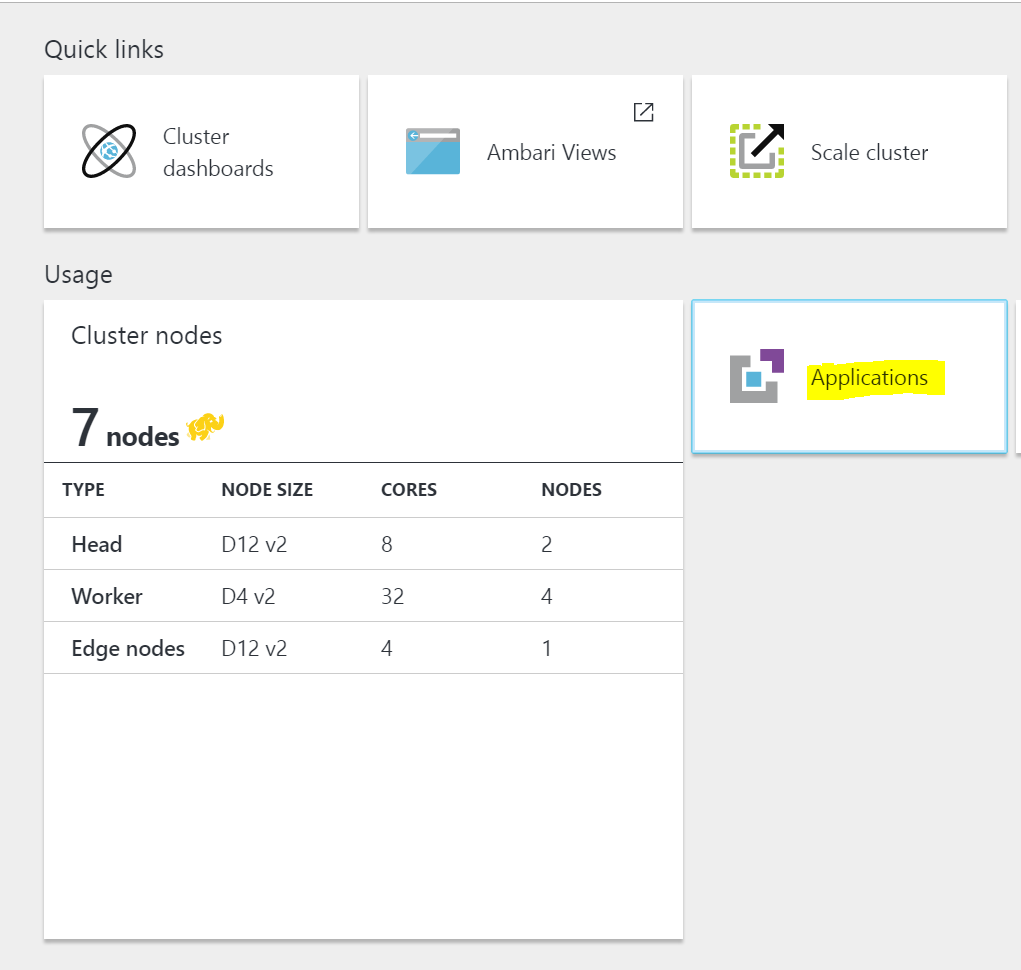 2. You will be navigated to the DSS site and prompted to enter credentials. Enter the cluster login username and password that you had configured while creating the cluster. 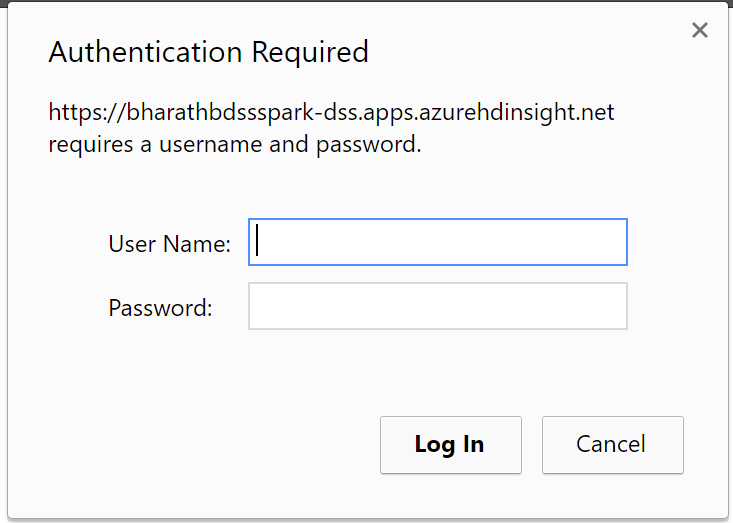 3. In the DSS website, you will see the Dataiku login page. You can sign up for the Enterprise edition (which is free for 15 days) or use the Community Edition to get started. (The default login username and password is 'admin' until you change it)

This tutorial shows you how you can easily build an analytics solution to determine the sentiment of a movie based on its tweets. You can follow this to create a DSS flow which has the following components:

Let us examine how we can build the above components. 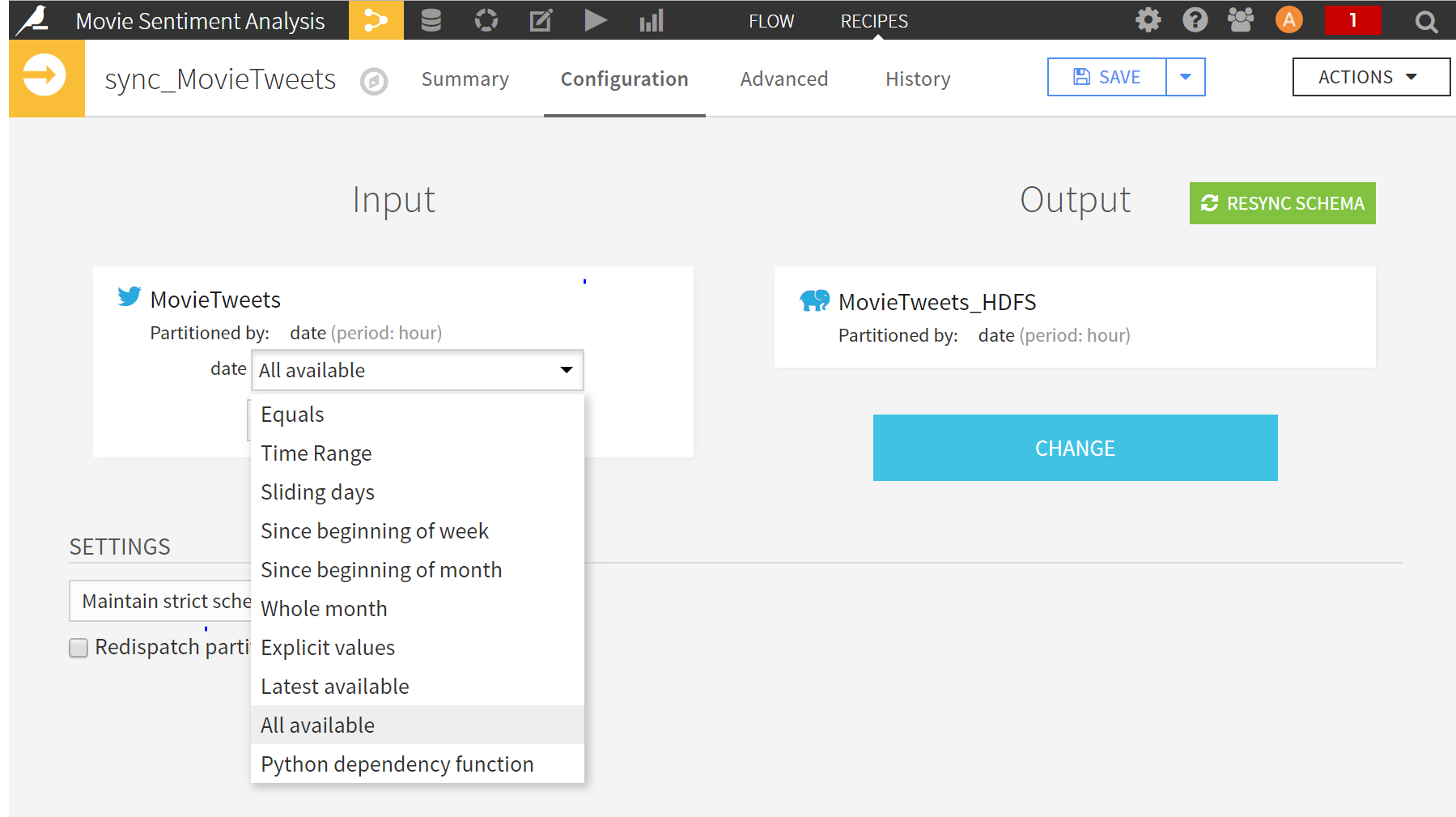 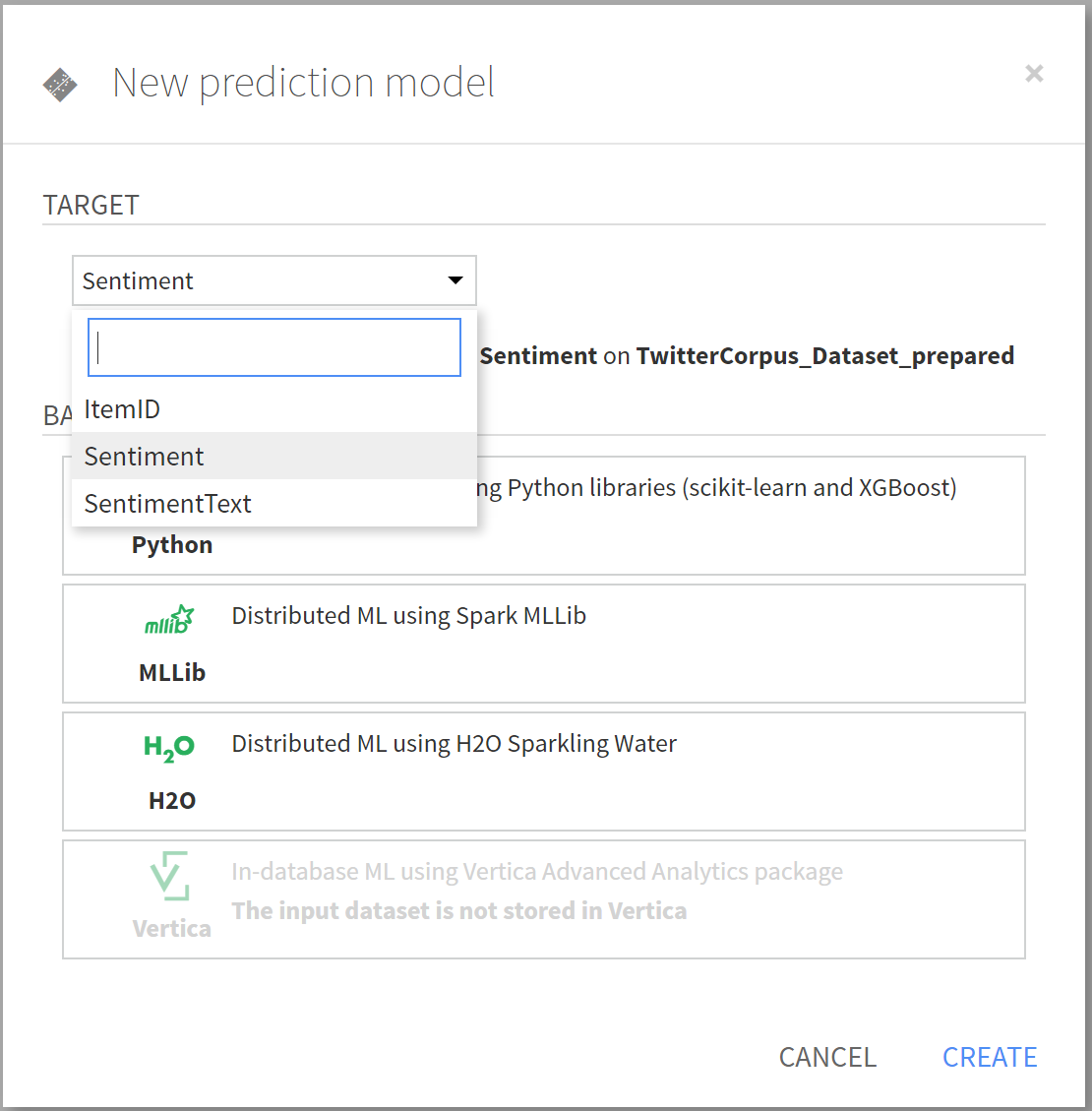 7. Deploy the algorithm with the best performance by clicking on the DEPLOY button on the top-right in the selected algorithm. 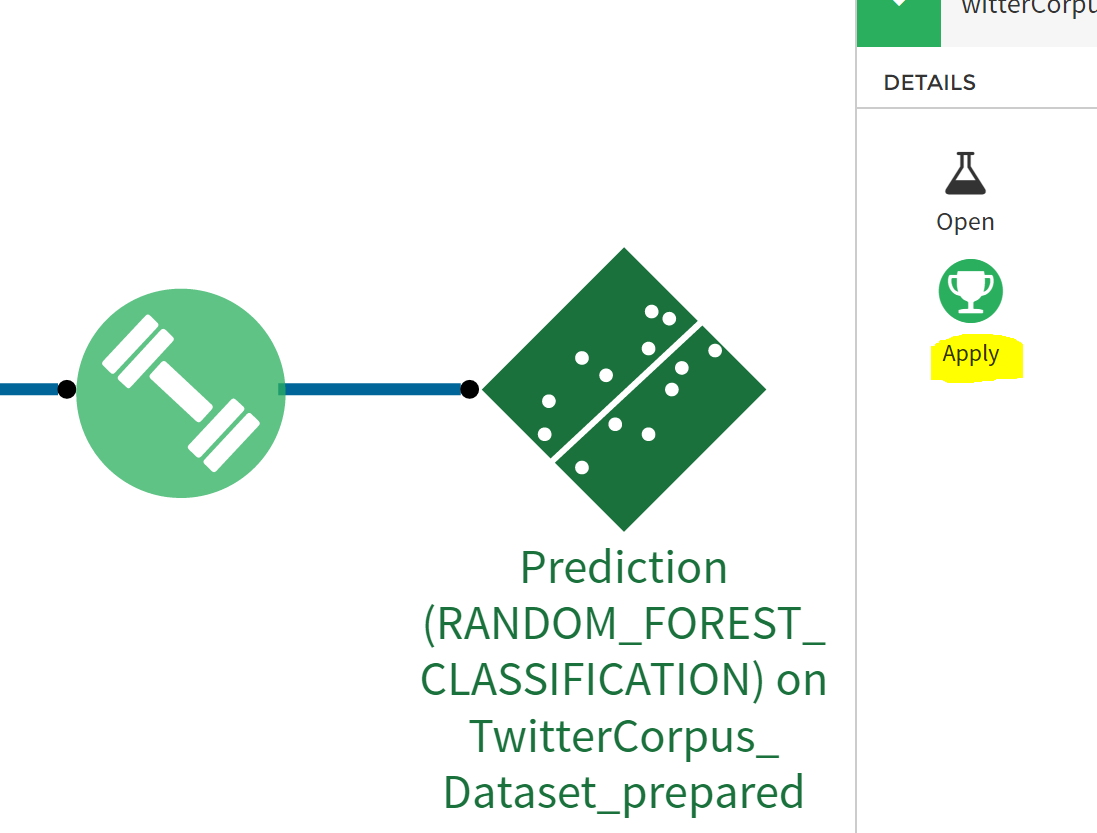 9. Choose the prepared twitter dataset as the input and create a new recipe. Run this model to generate the prediction for the twitter dataset. In the end, your entire flow would look something like below. Run the recipe and generate the scored results.

As you learnt in this tutorial, it is quite simple to build a solution for predicting movie sentiment using DSS on HDInsight. DSS offers many more capabilities which would make building advanced analytical solutions a lot easier. Check out this integration here.

To know more about DSS integration with HDInsight, register for the webinar featuring Jed Dougherty from Dataiku and Pranav Rastogi from Microsoft.