10 Observations of an Engineer on a PR team 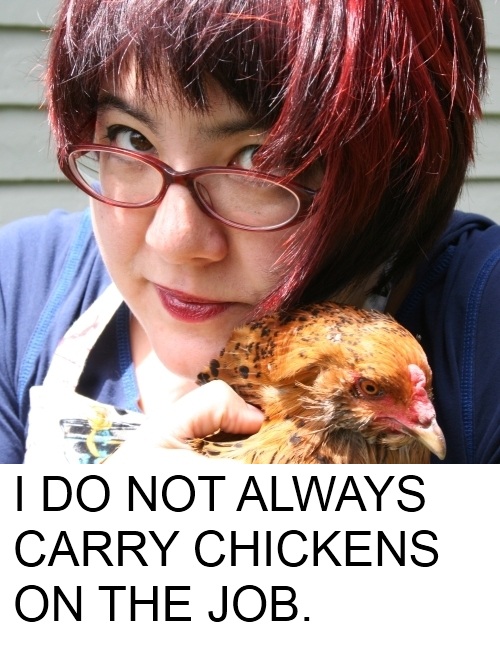 I started writing these at the beginning of 2012, adding to them bit by bit as I looked back and thought about how different it was to launch Bing in 2009 sitting on the PR/marketing side vs. the engineering side, where I've launched so many things before. (Admittedly, Bing.com/community 's technical launch was mine, but I was doing it while handling the twitter account going nuts, which was also new for me)

I've had to learn a lot in the last 3 years. I will always remember Melissa Powell having to explain to me what a PRIME score was ( it sounded like some sort of beef thing to me) but I've also been struck how many of the skills transfer over. Not everything, and of course some things are born not made - there's no way I'm going to achieve Stefan's level of hair volume or Aya's level of coolhunting event intuition

But for those at large companies thinking they might toy with a jump to "the dark side" from engineering, or those in startups who have to do everything, the following observations might help you make sense of the differing mindset needed to do a PR role vs. your engineering one.

1) As a program manager, dates are important – for internal political reasons, for release to manufacturing or business reasons, or for point of pride – a well-run project with no whammies hits its dates.  As a PR person, dates become everything, good or bad. Shifting the day the news breaks will affect how well your product does in public perception, may have it run into other news through no fault of its own and fail, or may have it serendipitously be the only news that day. If you are an engineering person committing to a PR date, and you miss, you affect the goodwill of reporters toward your product and possibly the entire success of your launch. Have a nice day.

2) Upgrade your gadgets and your wardrobe.   The gadgets part as a geek you may already have in hand, because the one thing geeks like to do is stand around hallways comparing phones (I know, the visual but it’s truth). The wardrobe of course differs from company culture to company culture, and developers who are also consultants to business will wear suits as opposed to the unofficial official t shirt and jeans uniform. But, even stuck among their own and not among the public, dressing is often more of a competitive sport for PR and marketing people.

3) Only sometimes is the story about the sausage filling (meat filling= tech details that you wearing your engineer hat, care about). Story narrative and how a product is talked about has more in common with personal ads and dating profile strategies than you’d think.  A person is a complex being, with soul and microbes and organs pumping viscous fluids. The part they tell people they want to date, is way less information than that and filtered to be stuff people who are open for relationship would find interesting. You may have 100 features but if you can’t explain who would use them and why, or tell the anecdote of how someone has used them, the press won’t care as much. Startups take heed as I’m talking to you here.

4) Like software methodology, there are formulas, metrics, and fads in PR – and they still manage to fail capturing what makes greatness. There’s agile, there’s PMI, there’s lean startup, waterfall and more. In PR there’s embargo, there’s pre-brief, there’s seeding, there’s viral, there’s social (which has a whole umbrella of tactics and strategies underneath it). The problem with both disciplines on this is, those formulaic structures never approach the effect of personality or the uniqueness of the times, on the outcome. It’s like Schroedinger’s cat – opening the box destroys the waveform. In software development itself, you see that where the second time a dev has to code something similar to what he or she has done before, it goes faster. In PR, the market forces around how a message is received may be so unique that even if you execute it “right” again, it won’t work, and the fact that it’s second time around, may kill its effectiveness outright.

5)  PR is more of a female-dominated industry, with attendant wage issues. Guy engineers, tired of working only around men, and female engineers, tired of being the only female, may find this new environment a welcome change. I can’t step too far into this topic without heading for clichés, rabble rousing feminism, or both, so I’ll just sum up here with – marketing and PR for women as disciplines culturally have “had good PR.”  Engineering will have to step it up to catch up, in order to attract women the same way.

6)  Just as nerds have taken over the mainstream, so has PR – in its own way. You see more gadgets in the news. You see more folks using the Internet to get things done. You also see more obviously staged reality shows, you see people worrying about their “personal brand” in their dealings online and other others, and while consumer culture has always stressed appearance, through social media there’s more of a self-publishing aspect to that “ideal self promotion.” If you only know me by my twitter avatar (me and a chicken) that’s a very different me than the bedraggled one at Microsoft at 10 pm. (for one thing, the day I wear an apron to work, see who spiked my coffee)

7) Attention to detail transfers over.   Much as folks joke about PR spin and shill, you have to get your facts straight before you can spin  them, and if you do demos, briefings, or stunts you have logistics to consider. All that spec writing and tracking on Excel stuff transfers. Broad brush strokes work only for certain aspects of either profession – there are always brass tacks.

8) Two-drink minimum observed by Dilbert, continues to be observed.  I have only a 3  year sample size on this, and tech evangelists or tech sales people with clients may have some of the same factors at work. If your job is to meet with people, you will end up with a ton of lunches, dinners, events, drinking events, places where you are expected to drink. You can get adept at the “lime wedge in soda water” “water for vodka” ruse that people did getting others drunk in college while they stayed sober, or you can just roll with it because your liver is mighty.  Let’s just say I know lime wedge trick cause the liver she is not mighty. :)

9) There’s more swag in PR and marketing.  Constant exposure to the marketing closet, conferences, vendors that want to send samples for PR events, and your own need to wear branded t-shirts means that you will end up with more of a swag haul at the end of a PR year than an engineering one. If you are good at inventory management or charitable donation (yet another laptop bag to Goodwill!) this will not get out of hand. In engineering people fake brick others’ offices when they go on vacation. In marketing or PR, swag box delivery may brick you into your own office. Be warned.

10)  Making it all up, or finding a new spin, is not a bad thing. Creativity is needed when your startup has hit a wall and needs to pivot. The ability to fake it til you make it, put a smooth move on it, or spin  a reality distortion field around you is also helpful. It gives you practice incubating new ideas.  While engineer to engineer, we may always tell each other the truth (another Dilbert cartoon reference), and designers will always know what things their designs fail to handle, creativity of expression and the ability to communicate is useful everywhere. Brainstorm with your PR person in the room - they may be able to give you something all the engineers in the room won't think of.