Malcolm Gladwell, bestselling author of the groundbreaking books Outliers: The Story of Success, The Tipping Point: How Little Things Can Make a Big Difference, and Blink: The Power of Thinking Without Thinking, has made a career out of challenging assumptions and finding unexpected reasons for why things happen.

In Outliers, for example, Gladwell uncovered that one predictor of the possibility of a plane crash is the nationality of the pilots. The unexpected reason: Airplane safety depends in large part on the communication between the pilot and the copilot, and not every culture does that task well. "Some cultures have a problem with subordinates speaking openly and honestly with their superiors, and those cultures tend to have more plane crashes," Gladwell says.

"That was something I would never have dreamed was true, in a million years," he adds.

This statement is the foundation for the value of analytics. These software tools provide a means to dive deeply into data to find hidden links that dramatically expand our thinking-and change our behavior.

To reduce airline crashes, Gladwell says the answer is to put into place organizational cultures that teach pilots to compensate for the communication tendencies of their national cultures-something you can only do, of course, after you identify those tendencies.

"Outliers" is a scientific term to describe things or phenomena that lie outside normal experience-in other words, stuff that does not make sense on the face of it. In another case, for example, Gladwell looked into why two-thirds of Canada's professional hockey players were born in the months of January or February.

You could turn that over in your mind a long time without coming to the reason: "That is an effect from the youth all-star leagues," Gladwell says.

The Canadian youth leagues organize kids by age, based on the calendar year, meaning those born in the first two months of the year are inevitably larger and more coordinated than teammates who are six to 10 months younger. Because of those physical advantages, children born in January or February are disproportionately chosen for youth all-star teams, putting them on a path for future success.

"At the age of seven, eight, or nine, if you are 11 months older, you have an enormous physical advantage over your cohorts," he says. "People think you're more talented when you're just older. We need to understand how enormously important the environmental circumstances around success are."

This is not limited to kids on ice. In Outliers, Gladwell also points out there was a "magic year" to be born to become a successful software entrepreneur. Bill Gates, for example, "probably wouldn't have started Microsoft if he hadn't been born in 1955," noted Cathy Arnst in a Bloomberg Businessweek review of Outliers. "That made Gates old enough to take advantage of the opportunities that opened up with the introduction, in 1975, of the Altair 8800, the first do-it-yourself computer kit. But he wasn't so old as to be too settled in his life to take a leap of faith."

Arnst notes that Gates, and other early Silicon Valley pioneers, "succeeded not just on their extraordinary talent but also because they had the right opportunities at exactly the right time." And the same is true for The Beatles, Asian math whizzes, top New York lawyers, and many others whose success, Gladwell has found, can be partly attributed to subtle factors-like timing-that are easy to overlook.

Gladwell's objective with Outliers was to understand the reasons why certain individuals achieve personal success. But his concept of discovering unexpected links that affect outcomes can help companies achieve success in everything from customer service to marketing campaigns to fraud detection.

In a survey conducted byBloomberg BusinessweekResearch Services , 61 percent of executives said they make decisions by "gut feel" at least half of the time. Those executives admitted that gut feel often leads to substandard outcomes-just as a hockey coach can overlook how promising a 7-year-old player is because he is less physically mature than his 7-year, 11-month-old teammates.

In Outliers, Gladwell suggests a lot more stars might arise in various endeavors if children were grouped with no more than a three-month birth differential. In the same way, companies can achieve a lot more success if they drill down into their data and reorient how they look at things.

Along the same lines, Gladwell dismisses the notion that the "gifted child" who scores high on intelligence tests has more advantages than his cohorts. What matters, he says, is the "10,000-hour rule"-people do not succeed in their field, be it computers or hockey, until they put in 10,000 hours mastering that field.

"Psychology tells us just how much time is necessary to achieve mastery in a certain field-and the answer is a lot longer than you think," he says. What also matter is "the quality of the experience you have. The only way to achieve a high level of decision-making mastery is to actively work at extracting the most knowledge from the experience that you have."

This idea, again, can be extended to analytics. It takes time and hard work for a company to get a handle on its growing mounds of data and turn it into actionable information that can inform decision-making. But the companies that embrace this approach will find themselves heading down unexpected-and unexpectedly profitable-roads, because success often does not come in the way we might think it does at first glance. 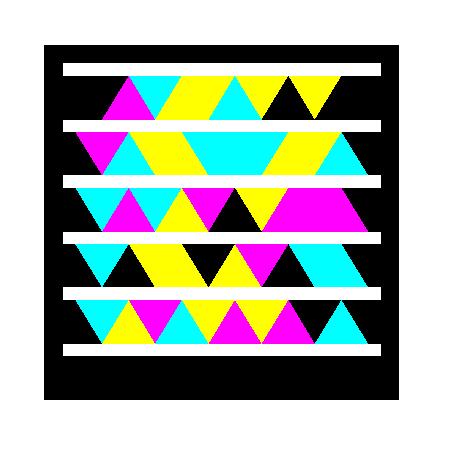 Watch the video from your mobile device with Microsoft Tag