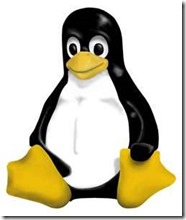 Microsoft has been taking tremendous steps to prove that Hyper-V is not simply the best hypervisor for Windows users and administrators, it is also a viable option if you have Linux servers as well.  Last week Microsoft released the Linux Integration Services v3.4 for Hyper-V.  Integration Services are the tools that you need to get the full functionality of your hardware within a guest OS, including the drivers that enable synthetic device support in (supported) Linux virtual machines under Hyper-V.

Here is the overview of what is included:

The requirements are simple: If you have Hyper-V (including Windows Server 2008 RTM and Windows 8) on the host, and a supported build of Linux in the guest OS, the LIS will work.

I am not an expert in Linux, but I do know that previous LIS sets supported several builds, including:

This most recent build only includes support for several builds of Red Hat Enterprise Linux (5.7, 5.8, 6.0, 6.3) .  This is not because Microsoft does not care about Linux, nor because it feels that other builds are less important.  Simply stated, all versions of Linux based on Linux Kernel 2.6.32 and later include the drivers for Linux in Hyper-V out of the box.  There are articles on-line which explain how to enable these modules (see article from Port 25).

Microsoft wants you to use Windows Server; they are also realistic to know that not everyone does, and there are a huge number of heterogeneous environments out there.  Just because you use Linux in addition to Windows Server does not mean that you should discount Hyper-V (and all of its great benefits) as your hypervisor of choice.

By the way, the best resource that I have found for Open Source support with Microsoft technologies is the Port 25 Blog right here on TechNet… Check them out here.