Why Outbound rules in URL rewrite?

If we want to make any changes in the response headers or content after the processing has been completed by the specific handler or execution engine before sending it to the client, we can use outbound rules.

How to create an outbound rule?

Sections in an outbound rule: 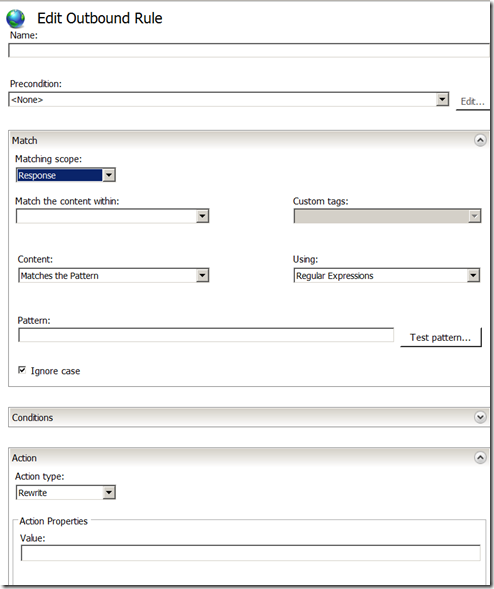 2) Matching scope: over here you can specify which section you want to modify, either response headers or Response content section

a) Response: if you want to modify the content then you can select this as the matching scope

b) Server variable: if you want to modify the headers or remove the headers then you can select this as matching scope

3) Pattern: Pattern is the place where you define a regular expression to match the current value of a header or content tag(for eg: <a href>)

4) Conditions: This is similar to the conditions section in inbound rules.

5) Action Type: This can be rewrite or none

6) Value: Here we replace the existing value with new value.

This is the most common requirement among managements where they don’t want to reveal the server information from where the content is provided. Imagine we want to remove the Server header in the response. 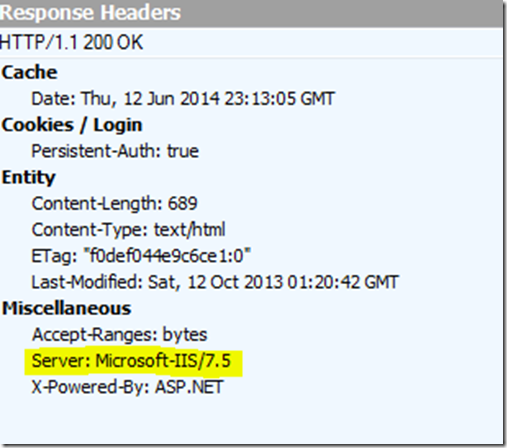 Action type will be rewrite and the rewrite value will be 0. 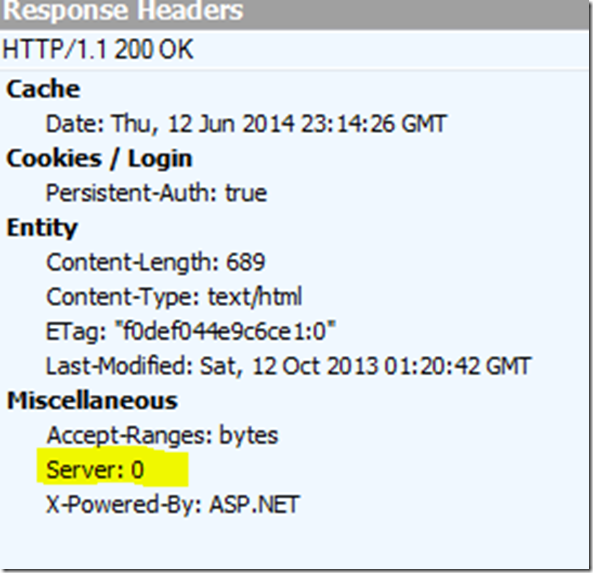 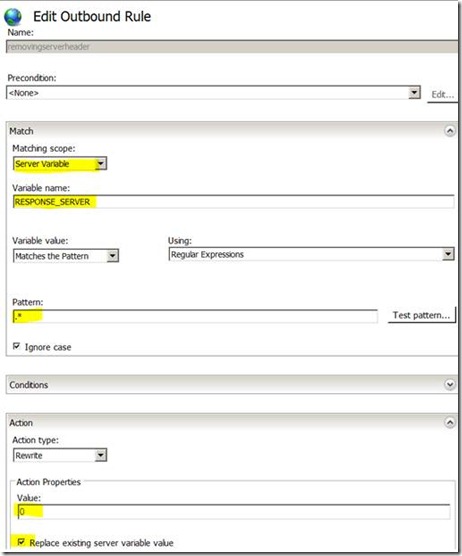 Below is the config snippet in web.config

Imagine you have a href tag in your code hardcoded with the value or link of an old server and you don’t have the authority to change the code but would like to change the href value to point to new address then you can use URL rewrite outbound rule to modify the content or html response before sending it to the client.

Let’s consider that old url was https://oldcontoso.com and the new url to be rewritten to is https://contosso.com

Action Type will be rewrite and the new value will be https://contosso.com 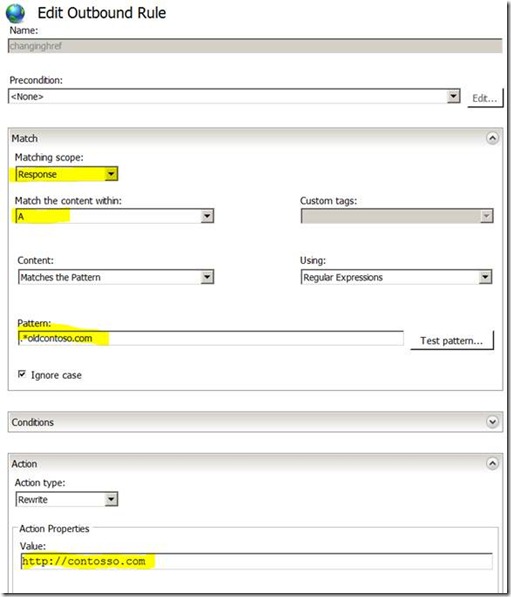 Below is the snippet in the web.config

Whenever we have a redirect a 302 response along with the location tag of the redirect url will be send to the client. So the catch over here is to modify the Response header location and set it to new url before sending the response to the client.

Over here the Matching scope will be server variable as it is a response header and the Variable name will be RESPONSE_LOCATION, pattern will be .*oldcontosso.com

Action type will be rewrite and new value will be https://contosso.com

Below is how the rule looks like in IIS 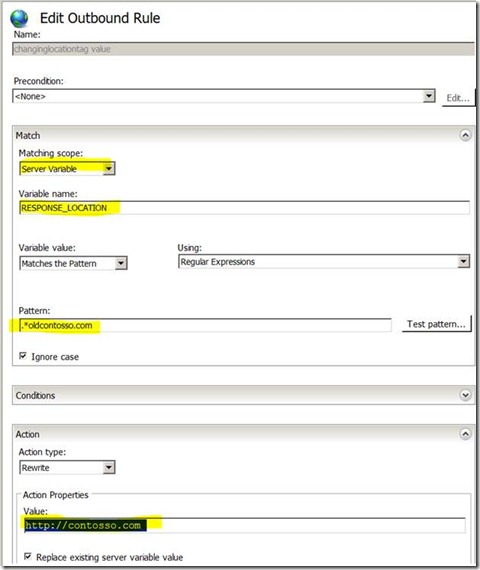 Below is the entry in web.config

• A rewrite map is an arbitrary collection of name and value pairs that can be used within rewrite rules to generate a substitution URL during rewriting.

• Rewrite maps are particularly useful when you have a large set of rewrite rules and all of these rules use static strings (that is, when there is no pattern matching used)

Imagine you have a requirement where requests coming into a.aspx should be rewritten to b.aspx and request coming in to c.aspx should be rewritten to d.aspx. Instead of creating 2 redundant rules for this static change in resources, you can create a single rule to achieve this requirement. This can be achieved in two steps. 1) Creating a rewrite map 2) Creating an inbound rule and utilizing the rewrite map.

Over here we will create rewrite map which will contain key value pairs mapping a.aspx to b.aspx and c.aspx to d.aspx 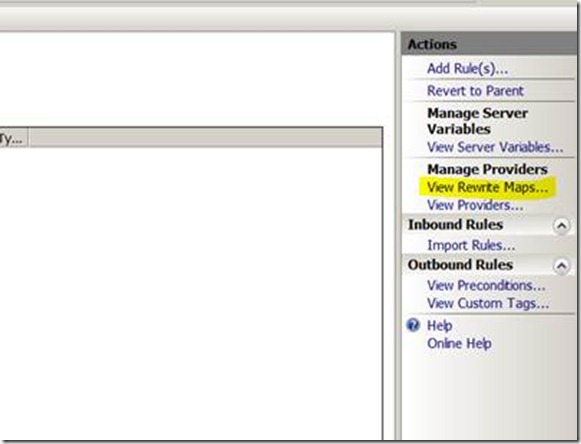 After creating the rewrite map you need to you need to create a [key:value] pair. To do that click on Add Mapping Entry.

Over here you can have the pattern set to .* that is match anything and the pattern will be stored in {R:0}. Now we will have the resource name in {R:0} and we need to check if it is a.aspx or c.aspx and fetch the value from rewrite maps accordingly.

Add a condition with condition input as {keyvalue:{R:0}} (where keyvalue is the rewrite map name and it contains key:value pair array) and this input will fetch the value of the resource. Below are the values that will be fetched.

And in the condition the value returned should not be null and should contain a resource name, so the pattern would be (.+) .

The action type will be Rewrite and the Rewrite value will be {C:0}.

Below is the rule in config section

I think this was helpful. I will update the next blog on how to use URL Rewrite with ARR.