UPDATE - there has been some misunderstanding about this post. Note that the way updates are bundled has not changed - simply the way they are superseded which affects the way they can be applied using WSUS or Configuration Manager. See More on Windows 7 and Windows 8.1 servicing changes for details of those changes.

Last month when updates were released, contrary to expectation of organisations using WSUS or Configuration Manager;

This resulted in customers using WSUS or Configuration Manager 2007 being unable to deploy Security Only Quality Updates using the built in software update mechanisms without additional workarounds.

Based on feedback, the team has updated the supersedence relationship of updates so that Security Only Quality Updates are not superseded. In addition, the logic of the updates has been modified so that if the Monthly Quality update is installed (which contains the security updates), the security update will not be applicable. This allows organisations managing updates via WSUS or Configuration Manager to:

An update to previous Security Only Quality Updates will be released as meta data only for the changes to take effect which will require a Software Update (or WSUS) synchronisation.

Visually, this is the new supersedence relationship as of December (red are superseded):
[caption id="attachment_4405" align="alignnone" width="749"] 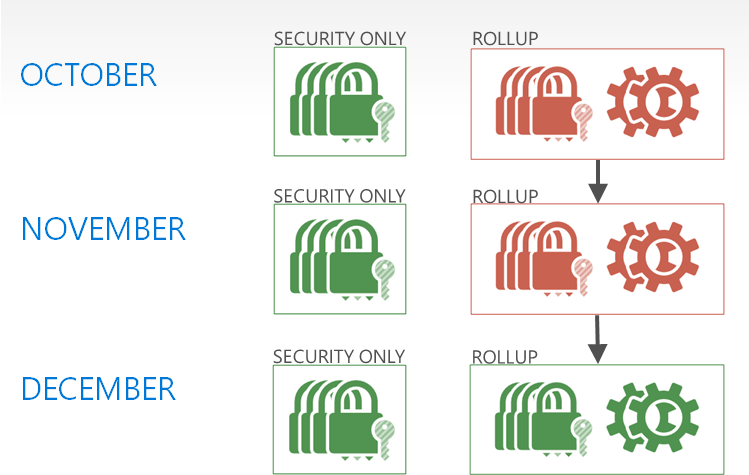