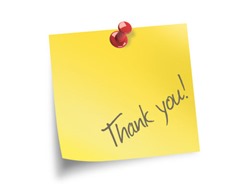 THANK YOU for everyone who attended the Visual Studio 2012 Roadshow at our office. We really appreciate your attendance, feedback, and interaction!

My colleague, Steve Lange, and I gathered the content from the
Denver, Lehi, and Tempe events and have posted them here:

We still have a few more events schedule in the Southwest District as well as the rest of the West Region.

Follow-up to some questions that came up during the events:

A: We don’t have any specific timeframe other than “soon.” In the meantime, you can install .NET 4.5 framework into their web/worker/vm role via a startup script. Here’s a blog posting on how to do that: :  https://danieljsinclair.wordpress.com/2012/06/28/how-i-got-net-4-5-rc-running-in-a-windows-azure-webrole/

Q: Suspend/Resume – Can you Suspend your work on one system and then Resume on another machine?

A: Yes, you can; however, it does not restore some of the metadata about your IDE layout, breakpoints, etc. Only the code changes are recovered, similar to just restoring a shelveset, and the suspended work is removed from the My Work information. This is a known gap that the product team is aware of and is investigating the best way to handle this.

Q.: Can you develop Windows 8 Store Apps on Windows Server 2012?