So on Sunday I was very lucky to watch my first NFL game (Seattle Seahawks), live! 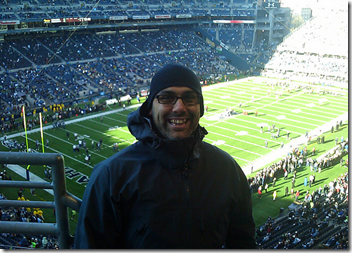 Now, this was a huge experience for me, for although I was born and raised in Australia, at the age of 15, I made the switch from playing Rugby Union for the Melbourne Colts to American Football with the Hawthorn Hurricanes. From that time, it had been a dream of mine to one day watch a NFL game, and it didn't disappoint.

So what's the first thing that hits you? The size of the stadium first of all:

Then the level of polish that's on every aspect, from the fireworks as the players run onto the field: 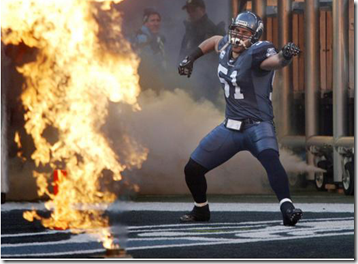 To the singing of the national anthem:

But the one thing that really impressed me, was that the Seattle Seahawks actually recognize their fans, by referring to them as the 12th member of the team, they even retired the number 12! Being at the game, you can really see the impact it has on the fan base, a really great approach to including the fans.

Now I just need to find some way to get into a skybox!