Assuming you have configured the SQL Server 2012 instance to enable SQLCLR you can determine the CLR version by executing the following query against the sys.dm_clr_properties view:

Views are also available within SQL Server 2012 to determine information regarding the application domains, loaded assemblies, and tasks. The results of executing these queries can be seen in the Microsoft SQL Server Management Studio below.

If you need to configure the SQL Server 2012 instance to enable SQLCLR simply execute the following:

You might be wondering, what was the rationale behind SQL Server continuing to load version 2.0 of the CLR until SQL Server 2012? Is it merely a healthy cautious attitude so existing UDT's, UDA's, etc. are not broken; or is it because additional engineering would be required to support the new CLR?

It seems the answer is actually a little of both.

If you’re using SQLCLR today and are considering upgrading to SQL Server 2012 there are some breaking changes although they are fairly minimal, see Breaking Changes to Database Engine Features in SQL Server 2012. 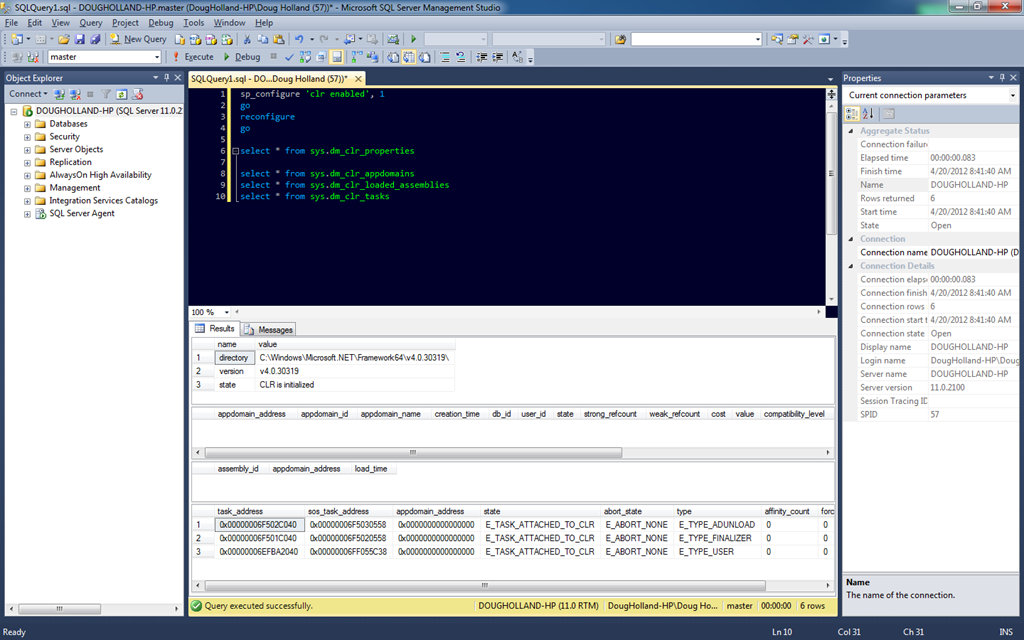