Problem: You notice that the callback operations are executed sequentially even though they are marked as one way operations.

Cause: Callback operations are handled on a separate worker thread at client application. By default, the concurrency mode is Single so only one thread is spawned to process callbacks; as a result, if there are more than one callback operations, they get called sequentially.

Repro of the problem: WCF service namely DuplexService implements an interface IDuplexService that has a callback contract where there are two callback operations marked as a one way operation. 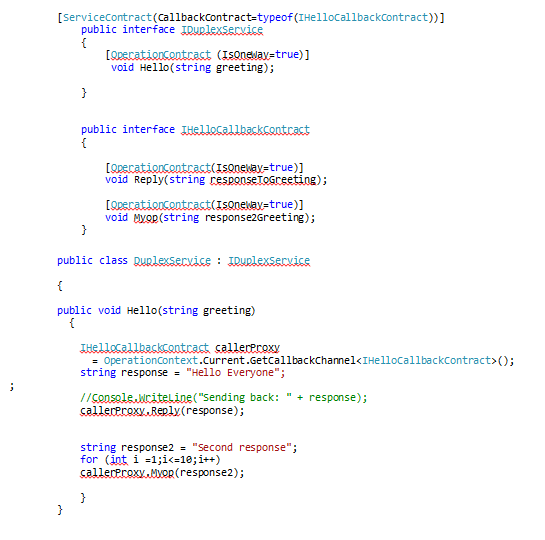 WCF client Duplex client calls the WCF service and calls the “Hello” method of this service. It’s a console client and implements the callback contract through one of its classes that provides instance context to serve the callback calls from service. 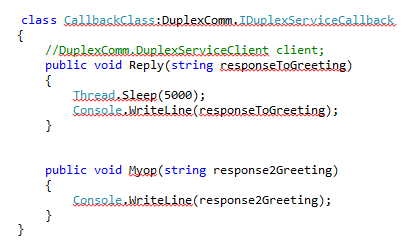 Expected behavior: The Callback operations should be processed in parallel. So, here is what we get instead of getting a print of the second operation on the console first and then that of the first operation 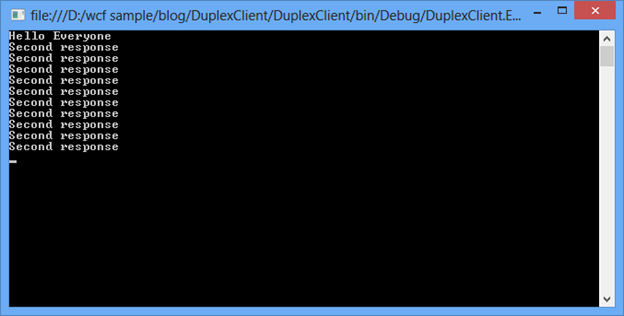 Above will allow client application to spawn multiple background threads and process callbacks concurrently. Here is what we get now with above change: 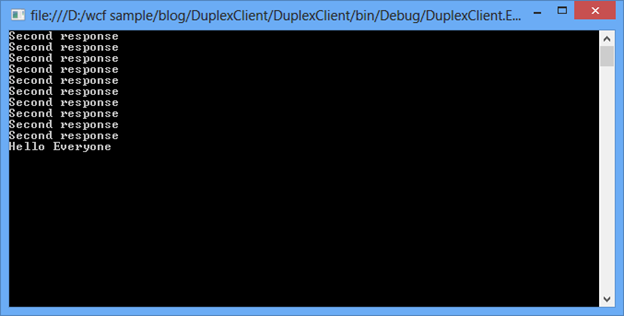 Hope this helps to save someone's valuable time !