Does the language you use make a difference? - Code metrics for "functional-first" v. "object-first" code

This post is a very interesting study of the differences between “functional-first” (F#) and “object-first” (C#) design for medium-sized software, by comparing software metrics for a number of C# and F# projects.

Here are the conclusions, #3 and #4 are the most important I think.

To me, this is good evidence that functional-first programming offers fundamental improvements in taming the complexity of software systems. Honestly, would you prefer to work on software with cyclic dependencies involving 50-200 components (C#) or 1-3 components (F#)?

I’d be interested to know what people think of this study and, if they disagree with the results, how they would refute it. And if the results are valid, then what does it mean for software engineering and programming languages? 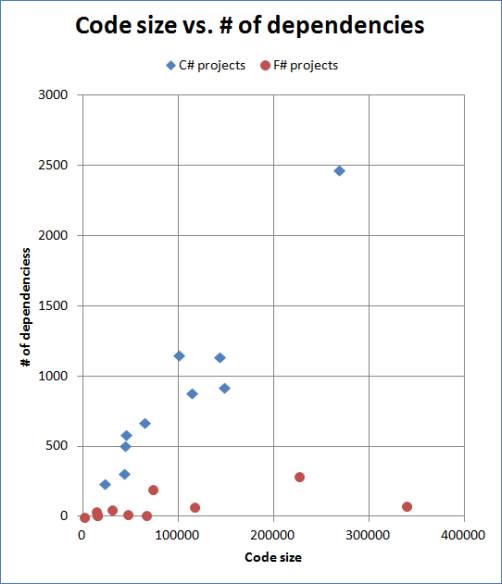