Windows Server 2016 on the Host

If service provider currently uses Windows Server 2012 R2 (or earlier) to provide IaaS services, then Windows Server 2016 upgrade will definitely be a great choice, because it will introduce new features for tenants, reduce the total cost of ownership, make IaaS solution more reliable and robust, and it will increase the overall security of the infrastructure. Service Providers, that use other solutions as IaaS platform, will also be able to achieve that.

Shielded VMs is a great new solution, that protects tenant secrets from service provider admins in a virtualized environment (IaaS/VDS). Some customers don't use service provider IaaS because they are afraid that their competitor will bribe service provider admin and ask him/her to copy the customer's VM to a shared resource. If service providers runs Windows Server 2016 or any other IaaS platform from our competitors (even the latest one), there is always a risk that fabric admin will copy the customer's VM on a flash drive (or upload it to OneDrive or similar service) and send it to customer's competitor to get some money for that. Competitor will be able to get all the data inside that VM - for example, CRM database with contacts of all customer's customers. Technically it can be done easily: 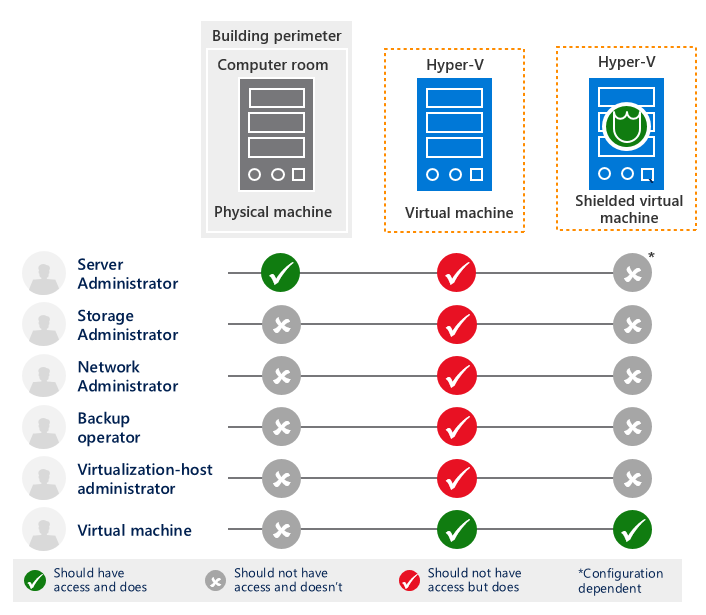 Shielded VMs is the ultimate solution to protect sensitive customer's data from all those risks. If provide several brand-new technologies in Windows Server 2016 for the comprehensive data security:

As you may see, Shielded VMs is the great solution to prove service provider potential customers that their sensitive data won't be stolen. Tenants have a choice on Azure Portal - create a VM using regular mode, or using Shielded VMs mode. 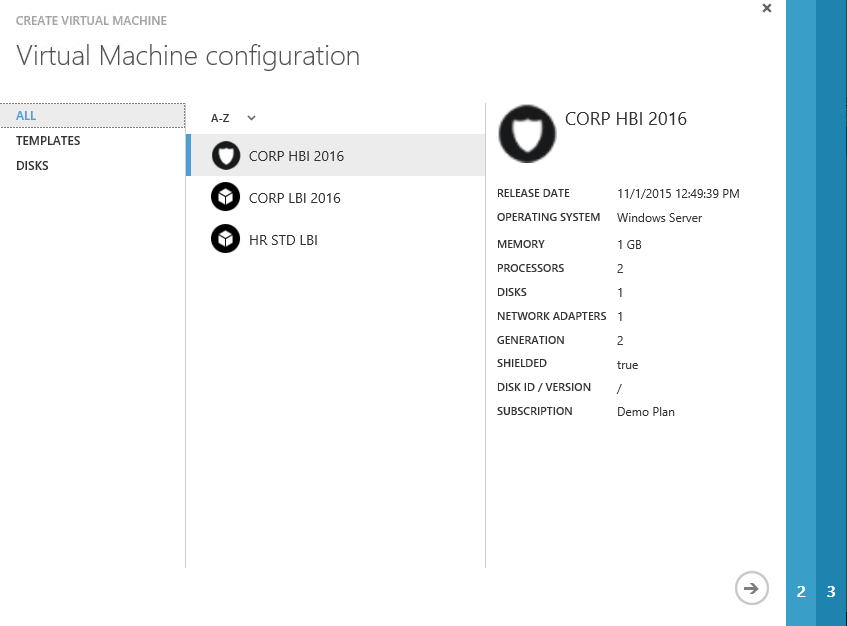 Software-defined Network (SDN) was introduced in Windows Server 2012. It allowed fabric admins to create and manage isolated networks for different tenants without any network hardware configuration changes. Tenants could use Virtual Networks instead of Hardware-based VLANs, that provided the same level of isolation, but with rich self-service capabilities and without VLAN limitations. SDN allows network management and extensions from the software perspective.

Service Providers, that used SDN based on Windows Server 2012 R2, usually provided a feedback, that our SDN solution was very complex to deploy, hard to operate, and that it wasn't fully compatible with their complex network configurations. Despite that, service providers agreed that SDN is a breakthrough comparing to traditional proprietary network solutions.

Windows Server 2016 solves all that issues with new SDN features:

Storage is the very important part of IaaS solution, because virtual disks of the VMs need to be stored in a reliable location with the required level of performance. Windows Server 2016 works great with traditional storage systems, connected to hosts through Fiber Channel, FCoE or iSCSI. But there is a trend, that we see among service providers from different regions. They move from complex and expensive traditional storage systems to reliable software-defined storage (SDS) systems. Such systems are built on top of commodity server hardware and managed by the software. They allow to build performant and resilient storage solutions, packed with required modern storage features, but at the dramatically reduced price, comparing to enterprise storage systems.

These issues are solved in Windows Server 2016 with new SDS stack:

Hyper-converged architecture is a type of hardware and software approach, which combines compute, network and storage in one layer. Typical Hyper-converged solutions are based on servers with local disk drives, that are connected into one reliable storage system, spanned among virtualization hosts. Advantages of Hyper-converges systems: 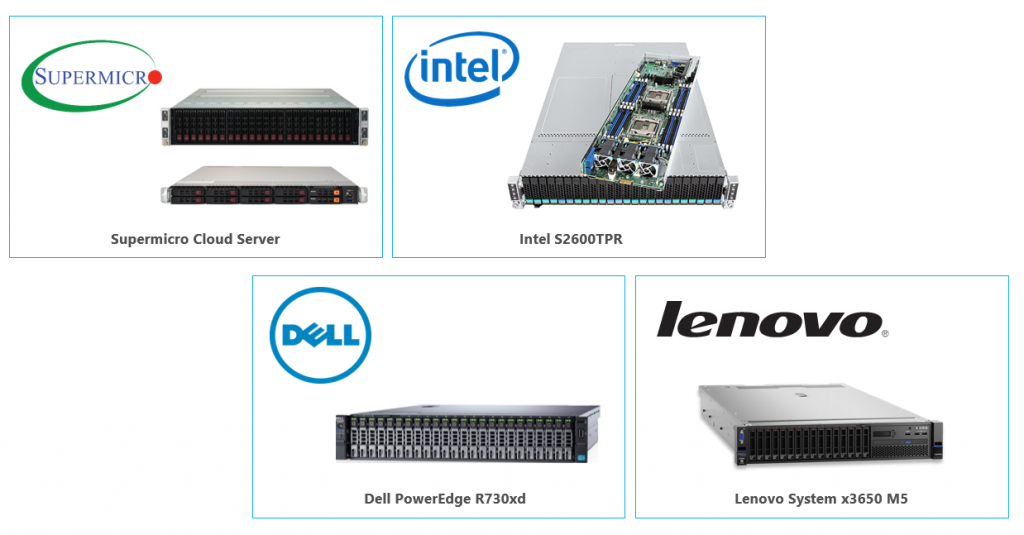 As you may see, Windows Server 2016 introduces a lot of great new features on the host level, that make it the best-in-class solution for IaaS. Some of the features (like Shielded VMs) are unique and not available on competitor platforms, and all of them are included in Windows Server 2016 at no additional cost.

Windows Server 2016 inside the Guest VM

OK, now let's switch to the Guest OS level. Even if you don't run Hyper-V on hosts, Windows Server 2016 is packed with a great new features, that can be used on any virtualization platform.

I've already mentioned Nano Server earlier when I wrote that thin and light Nano Server can be used for Hyper-V hosts. Nano Server is an additional installation type of Windows Server 2016, even lighter then Server Core. Nano Server is "headless" - it doesn't have any GUI and it should be managed remotely.

It installs faster, runs less processes in the background, requires less patches etc. As such, Nano Server in Windows Server 2016 is ideal for the following scenarios:

Containers appeared in a Linux world a long ago and already may heard about that concept. Windows Server 2016 adds the same container capabilities to Windows platform, powered by the most popular container management engine - Docker.

"Container" is an isolated environment in which you can run an application without fear of changes due to applications or configuration. Containers share key components (kernel, system drivers, and so on) that can reduce startup time and provide greater density than you can achieve with a VM.

Two types of containers are available in Windows Server 2016:

While you can connect to the running container through command line tools, you should consider containers and stateless micro-services. There is no GUI inside the container, and if something goes wrong inside a container - just kill it and redeploy from the same Docker template.

With a release of Windows Server 2016, Microsoft also published a new framework called "Securing Privileged Access". It helps to dramatically increase the security in the Enterprise, that leverages new Windows Server 2016 features in a conjunction with EMS (Azure AD Premium, ATA) and other Microsoft solutions. It is available here. I recommend everybody to read it and implement in your organization.

Windows PowerShell is the de facto standard for managing Microsoft technologies. With increased support across our private and public cloud offerings, you will not find a single management solution that provides the vast capabilities that Windows PowerShell offers today. It has become so popular, in fact, that many third-party vendors are including Windows PowerShell support directly with their application portfolio. Windows PowerShell now has been open-sourced, which means the community can get involved and contribute to it and make it even better than before. Another fantastic area that Microsoft announced in 2016 is support for Linux. Now, you can use the same interfaces and coding standards you have developed in Windows PowerShell to manage your Linux environments. PowerShell 5.1 in Windows Server 2016 reflects the investment Microsoft is making to ensure that it is not just the primary choice for managing Windows Environments, but Linux, as well.

Server Management Tools (SMT) is a web-based management shell, hosted in Azure. For instance, administrators can manage Nano Server or Server Core easily from this GUI without affecting the footprint of those deployments. The tool currently has the following capabilities 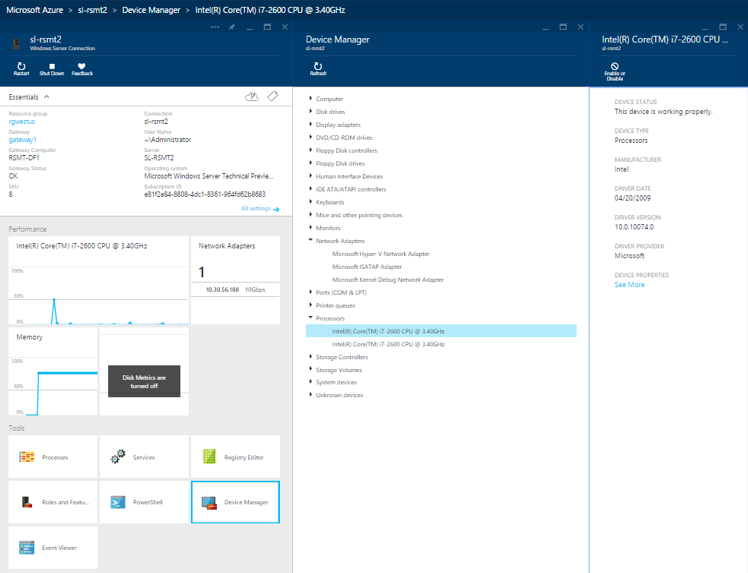 SMT is a great new way to manage Windows Server 2016 environments and it can act as a good alternative to classic Server Manager.

Windows Server 2016 is great. It has a lot of new features, so it's really worth to upgrade. Different service providers and hosters will find different reasons for that:

That's all for today. I plan to cover main Windows Server 2016 new features in details in the nearest future. So stay tuned and don't forget to subscribe :)