Networking Improvements in IE10 and Windows 8

Internet Explorer 10’s networking code builds upon the performance improvements in IE9 (caching, overall networking) to help ensure that IE10 loads pages as quickly as possible. In IE10, we identified a few key areas for improvement based on customer feedback, code inspection, and telemetry data.

In Windows 8, we made a huge architectural change and moved the browser cache to use a true database, obsoleting the index.dat memory-mapped file used over the past nine releases. Moving to a proper database has several obvious advantages - the cache is much more reliable and resilient against corruption, and it has faster performance on today’s multi-core architectures. The move has also reduced the time taken to purge files from the cache and significantly lowered the lookup cost for cache misses. In addition, new structure of the cache enables complex queries to support tailored applications in the Windows 8 web platform. This work paved the way to build the new HTML5 AppCache feature. 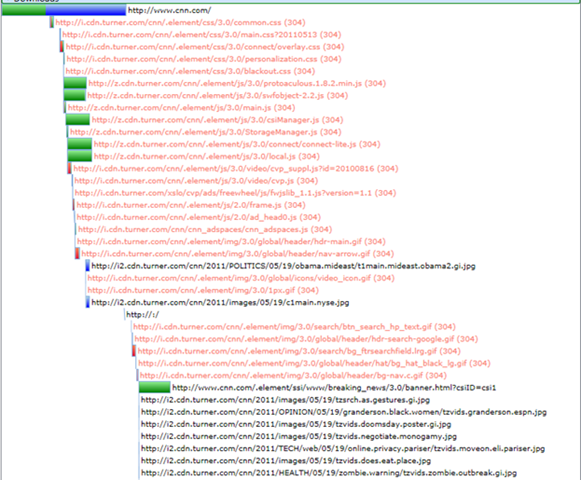 In IE 10, we cache the JIT-compiledJavaScript for reuse on subsequent pages. This optimization enables IE to download subsequent resources without a delay for compilation.

Here are the performance results (in milliseconds) recorded during a sequence of 100 runs of two HTML & JavaScript applications:

Using telemetry data from Microsoft employees, we collected data about the types and size of files in the browser’s cache, with the hope of tuning the cache size limit if doing so would improve performance.

As an experiment, we removed the cache limit entirely and compared the cache hit ratio against the default cache limit of 250MB. Remarkably, we found that an unlimited cache only increased the hit rate by 1%!

Based on this data, we didn’t increase the maximum size of the cache. However, our experiments led to other optimizations in the cache logic.

The HTTP caching control header no-cache is described in RFC 2616:

If the no-cache directive does not specify a field-name, then a cache MUST NOT use the response to satisfy a subsequent request without successful revalidation with the origin server. This allows an origin server to prevent caching even by caches that have been configured to return stale responses to client requests.

If the no-cache directive does specify one or more field-names, then a cache MAY use the response to satisfy a subsequent request, subject to any other restrictions on caching. However, the specified field-name(s) MUST NOT be sent in the response to a subsequent request without successful revalidation with the origin server. This allows an origin server to prevent the re-use of certain header fields in a response, while still allowing caching of the rest of the response

IE9 did not cache any response that had the no-cache directive. In IE10, we made a performance improvement by caching the response and always re-validating it before using it. This change matches other browsers’ behavior and significantly improves upon the back/forward caching optimization we had made in IE9 as now we are able to pick up these resources from the cache.

In IE9, we didn’t create cache files for HTTPS responses if the “Do not save encrypted pages to disk” option was checked. This led to problems with file download and other issues across the browser. In IE10, we create a temporary cache file which is purged when the browser session is ended.

The logic browsers use to establish and reuse connections to servers has a significant impact on overall performance. Consider the following page: 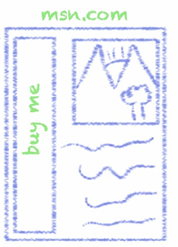 This trivial page, whose resources are all hosted on the same server, results in the browser opening multiple connections to download:

More complex sites require many more resources to display their pages, and it is common for those resources to be spread across many different servers.

The following are some of the reasons why website authors create pages with resources from different hostnames:

Optimizing the use of connections leads to faster resource downloads and improved page-load times.

The following sections detail some of IE10’s improvements in this area.

As the browser processes the HTML of a top-level page, it must perform the following operations to be able to download the additional resources (dependencies) required to display the page: 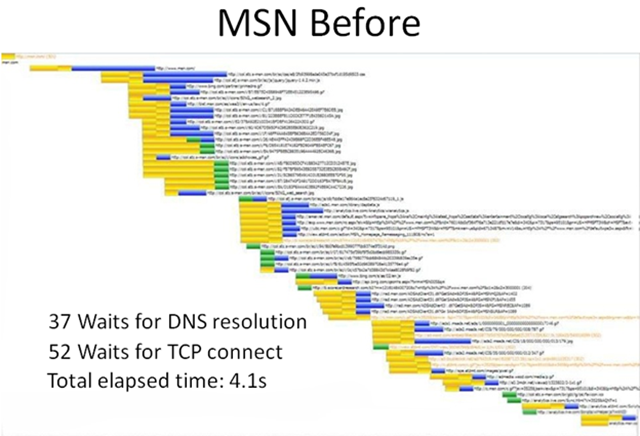 As you can see from the above graph, the download of resources needed to display the page is often blocked awaiting DNS Resolution and a TCP/IP Connection. In IE10, we introduced two new features to minimize the time required to download dependencies. These features are called DNS Pre-Resolve and TCP/IP Pre-Connect, referred collectively as **Pre2**in this blog post.

When a user visits a page, IE10 will remember the hostname components of the URLs of each of the dependencies needed to load the page. When the user later revisits a page for which IE has stored dependency data, the browser will resolve hostnames and initiate TCP/IP connections for dependencies in parallel with the download of the root page itself. The following waterfall diagram depicts the network activity the same webpage shown above with Pre2 enabled: 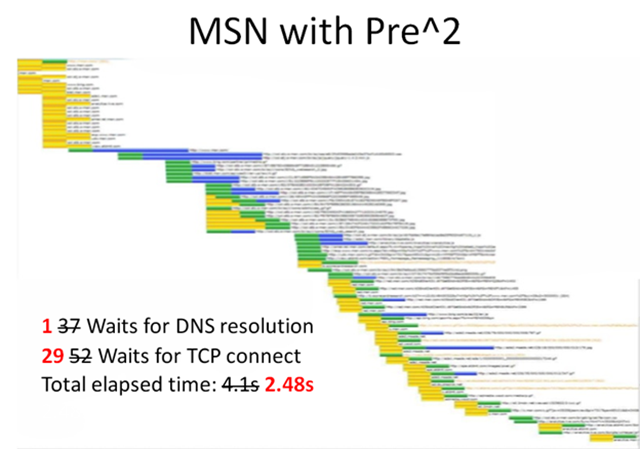 As the browser processes the HTML of the page and determines that it needs to download other dependent resources, those requests are unblocked from waiting for DNS resolution or TCP/IP Connections because the necessary connections have been pre-established.

In order to measure the impact of the Pre2 work, we set up a test environment in one of our labs. To eliminate network variability, we copied 25 representative web pages locally to a web server behind a hardware network emulator. For this particular experiment, we set the latency of the network emulator to 39ms, which is commonly seen in the wild.

We were pleased to see that on average, the overall time required to load pages was reduced by 9.28%. The following is the full results of our experiment.

These improvements also apply to HTTPS connections, where the connection cost is even higher than that of unencrypted HTTP.

In December of 2010, Google published a draft proposal for a feature called TLS false start. False Start defines an abbreviated TLS handshake that reduces latency by saving one round-trip: 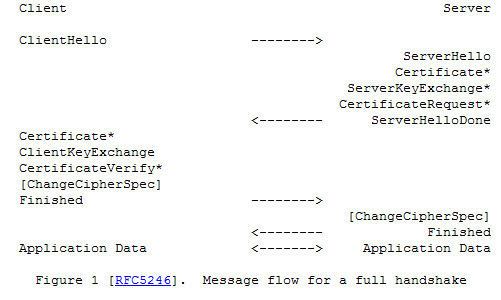 In IE10, we implemented False Start as described in the IETF draft. Here are the performance improvements we saw for 20 representative sites (times shown represent the cost of 1 roundtrip):

To minimize compatibility issues, we added the following to our TLS False Start feature:

TCP Slow Start is a congestion control algorithm defined in RFC 2581 and RFC 3390. TCP Slow Start is used to control the amount of outstanding data in a TCP connection between two hosts. The amount of unacknowledged data starts with a low limit which increases as data is transmitted between the hosts. The higher the connection throughput, the fewer packets and roundtrips it takes to transfer the same amount of data. If a connection remains open but idle (in the connection keep-alive pool, but no data is transferred between the hosts) its limit will gradually decline. 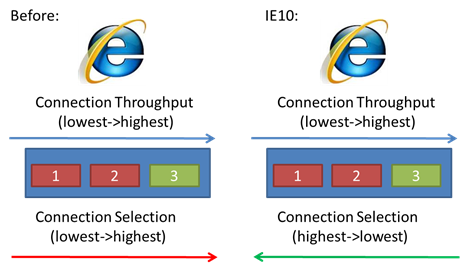 This optimization ensures that resources are downloaded using the connection with the highest available throughput.

If multiple resources are stored on the same target host, browsers will open multiple parallel connections to the host, up to the per-host connection limit (6). As mentioned in the previous section, connection throughput increases as data is transferred between hosts and the throughput starts to decrease when a connection becomes idle. Therefore, there is a very high probability that a recently used connection will have higher throughput than a newly established one.

Internet Explorer 9 introduced a performance improvement whereby it would always open a second “background” connection when navigating to a page (since virtually all real-world sites benefit from loading over at least two connections). But this improvement was limited in scope, and IE10 improves performance more by more flexibly assigning requests to connections.

For every new domain that a page accesses, IE spends time in DNS resolution. To optimize performance, IE maintains its own DNS cache (in addition to the system’s DNS cache). Most modern webpages contain content from several domains. In Windows 8 IE’s DNS cache grows from 32 entries to 256 entries, helping minimize the expense of DNS lookup for recently-used hostnames.

We hope you enjoy the improvements!