I regularly get a question about when will SMB1 be completely removed from Windows. This blog post summarizes the current state of this old SMB dialect in Windows client and server.

1) SMB1 is deprecated, but not yet removed

3) SMB versions in current releases of Windows and Windows Server

For details on specific dialects and how they are negotiated, see this blog post on SMB dialects and Windows versions. 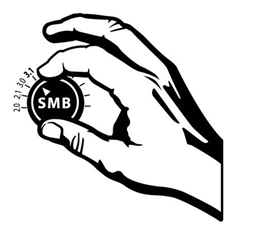 SMB1 will continue to be an optional component enabled by default with Windows 10, which is scheduled to be released in 2015. The next version of Windows Server, which is expected in 2016, will also likely continue to have SMB as an optional component enabled by default. In that release we will add an option to audit SMB1 usage, so IT Administrators can assess if they can disable SMB1 on their own.

6) What you should be doing about SMB1

If you are a systems administrator and you manage IT infrastructure that relies on SMB1, you should prepare to remove SMB1.  Once Windows Server 2003 is gone, the main concern will be third party software or hardware like printers, scanners, NAS devices and WAN accelerators. You should make sure that any new software and hardware that requires the SMB protocol is able to negotiate newer versions (at least SMB2, preferably SMB3). For existing devices and software that only support SMB1, you should contact the manufacturer for updates to support the newer dialects.

If you are a software or hardware manufacturer that has a dependency on the SMB1 protocol, you should have a clear plan for removing any such dependencies. Your hardware or software should be ready to operate in an environment where Windows clients and servers only support SMB2 or SMB3. While it’s true that today SMB1 still works in most environments, the fact that the feature is deprecated is a warning that it could go away at any time.

Since SMB1 is a deprecated component, we will assess for its complete removal with every new release.