In previous article, I explained how to undo the commit you shared with others by using “revise”. In this article, I show you how to revise local commits before sharing with others. I couldn’t find a way to make this happen in Visual Studio 2017 though.

Rebase is explained in part 6 and that is to take changes from another branch to current branch as new base. But it has another usage, too. Let’s do it! 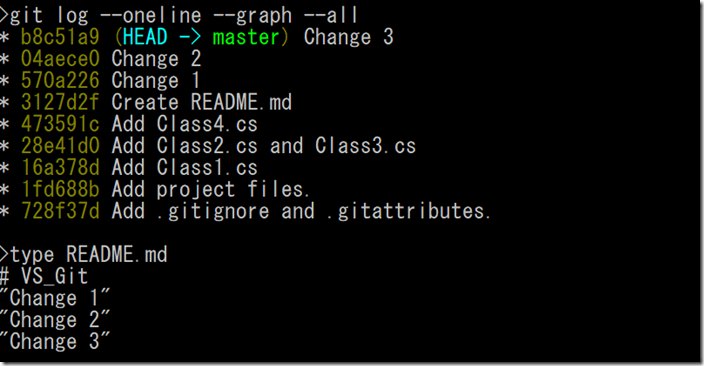 5. Let’s combine last three commits into one before I share them to others. Run ‘git rebase -i 3127d2f’. It may sound wired as you rebase to same branch. But the -i option give you an opportunity to revise your commits. In this case, I replay three commits from 3127d2f by revising them. 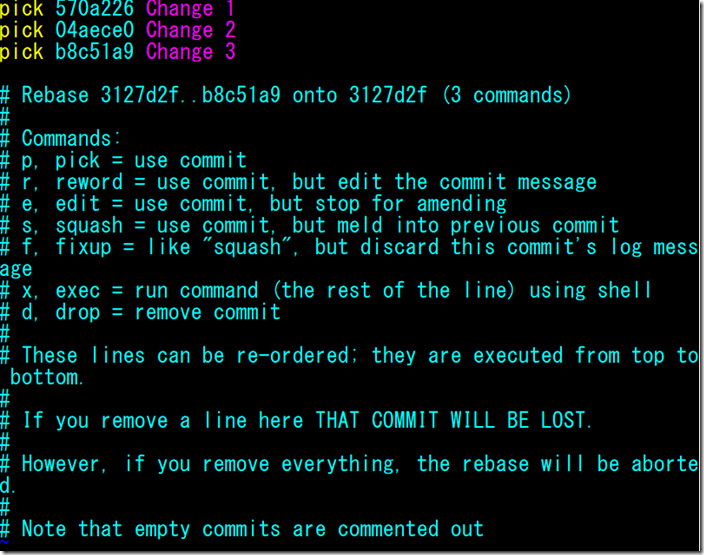 6. Change them like below. This means I take the first one as it is, then combine (squash) last two commits into the first commit.

7. Once I saved the change, git opens another editor window to let me write commit message. Change the comment as you want and save it. 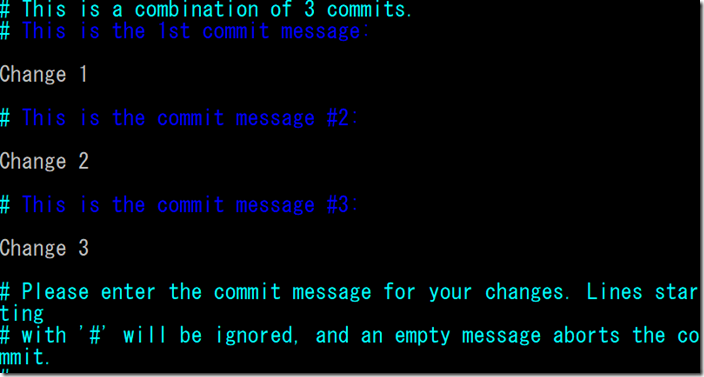 2. Edit it like below. This will remove “Change 2” and reverse first and third commits.

3. Then you see conflict error. Run ‘git mergetool’ to resolve the conflict. I took both this time so that all lines remain.

4. Run ‘git rebase --continue’ to continue the rebase. Git opens editor to let me write commit comment. As I don’t have any intention to change it, I simply close the editor. Now it starts applying another commit and encounter conflict again. Resolve it by ‘git mergetool’. This time, I took both to keep all comment lines.

5. Run ‘git rebase --continue’. Again, it opens the editor to let me specify commit comments. This time I changed it. Save and close. 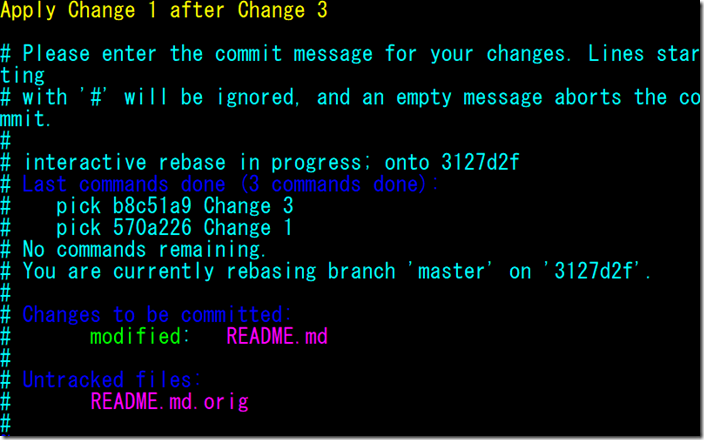 6. Run ‘git log --oneline --graph --all’. You see commits are revised. As these are new commits from Git point of view, they have different SHA1 hash.

Split the commit into multiple

1. Run ‘git rebase -i 3127d2f’ to start rebasing again. This time, change it like below. To keep it simple, I split Change 3 commit and drop the last one. Save and close.

2. Git stops rebasing as I specify “edit”. Now it is time to split commits. As I only modify README.md, I use ‘git commit -p’ to decide which line to commit.

3. Now you are at right after commit 41a2065 is done. Let’s move back one HEAD back so that I can re-do the commit content. Run ‘git reset HEAD~1’, then run ‘git log --oneline’ and ‘git status’ to see current situation. I see many comments but simply put, I am on commit 3127d2f and README.md is not staged yet. 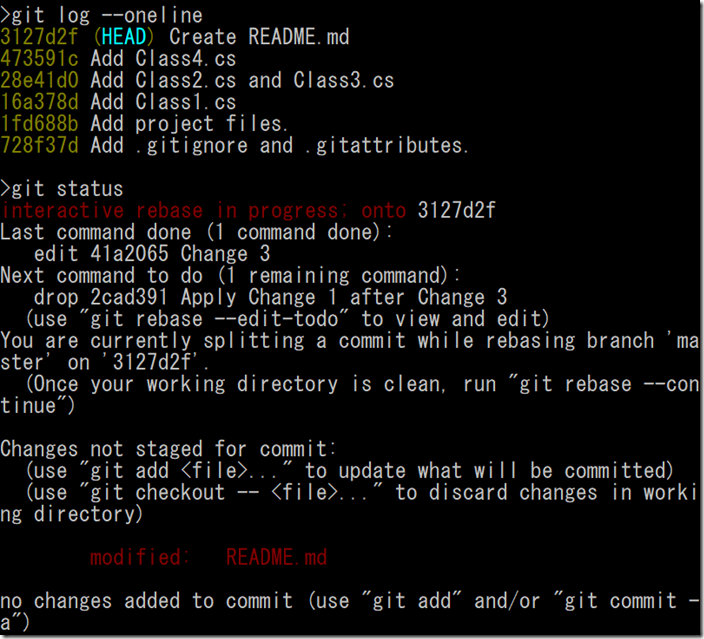 4. If I stage README.md as it is, nothing changed. Run ‘git add -p README.md’. This called patch mode and you can have granular control. Right now, Git considers three comment lines into single hunk.

5. Type “e” and enter which lets you manually change it.

6. Change it like this, so that it only contains “Change 1”.

7. Run ‘git status’ to see you have same file in staged and not staged area. 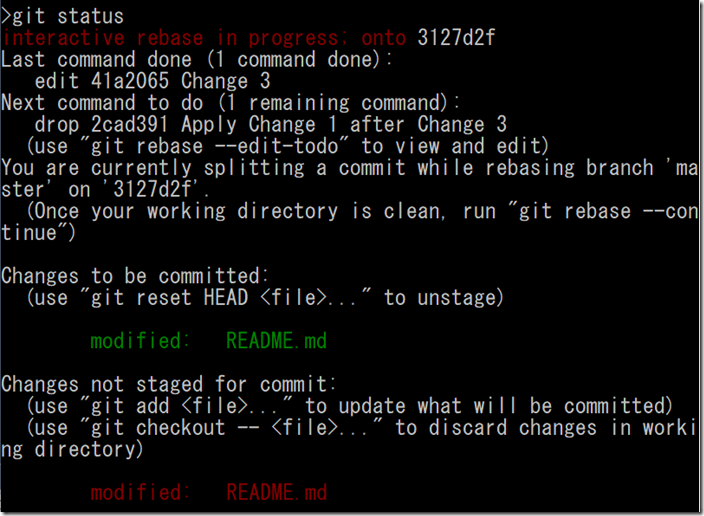 9. Once you complete splitting the commit, run ‘git rebase --continue’, as we are in the middle of rebasing.

As the comment above says, there are several options. See here for more detail.

Revise commits in VS

Visual Studio 2017 doesn’t seem to have interactive rebase capability at the moment..

At first, this was a bit confusing, but knowing the capability, you can commit locally more relaxing as we can tweak it later. DO NOT PUSH until you are ready

By the way, Visual Studio Code has several capabilities which Visual Studio 2017 doesn’t have. One of such capability is to patch commit, so that you can simply select lines from a file and add to staging area. If you are interested in Git and Visual Studio Code, then I will consider writing it in the future. Go to next article.