The Chart is the Message

Did you know that someone once wrote a book entitled How to Lie With Charts? It’s true; check it out. The book was a tongue-in-cheek welcome gift when I took over Excel program management. Truth be told, I haven’t read it. It could be quite good; the reviews on Amazon.com would suggest that it is. Maybe after we’ve shipped Office 2008 I’ll find time to give it a once over. Then again, a small mountain of books piled up over the last few years. Reading about charts may not be that high on my list after Macworld!

The reason I write about it today is that the book (which occupies a prominent spot on my shelf) subversively illuminates an Office pillar: communication. I think we take charts for granted; pies and columns and bars have woven themselves into our pop culture fabric. We see them in newspapers, magazines, and television. Charts help us make important decisions, they can make us laugh, and they inspire us to think about things differently. Like any medium, charts can be used to misinform or illuminate. People choose the message; charts are but one way to express a point.

I’m a designer by experience, so I “get” charts. A line going up versus down speaks volumes to me. I must have created thousands of charts over the twenty years I’ve used Mac Excel (but who really tracks exact numbers for that kind of thing; not me, I suppose). I fancied myself something of an expert when it came to chart creation. I knew how to manipulate Office to create what I then thought to be great looking results. Heck, for years the only way you could create a chart with transparent fills was to use Mac Excel! I didn’t think we had room to improve, at least not in any significant way.

In 2004, when I read that Windows Office 2007 was revamping their charting engine, the skeptic in me snickered. They’d catch up with us at best, I thought. Maybe they’d finally be able to do transparency! Then I saw a few chart examples from our friends across the way. Photoshop mockups, I muttered to myself, nothing more. But they kept at it and darned if I wasn’t a fool for making silly assumptions. The fact is, the new charts in Office 2007 look great.

Fast forward to the present day. Over the last few years we’ve rebuilt our charting engine from the ground up. Every dialog, button, and pixel has been reborn. Charts looked great in Mac Office 2004. In Mac Office 2008 they look spectacular! Check it out – here’s a chart from Excel 2004: 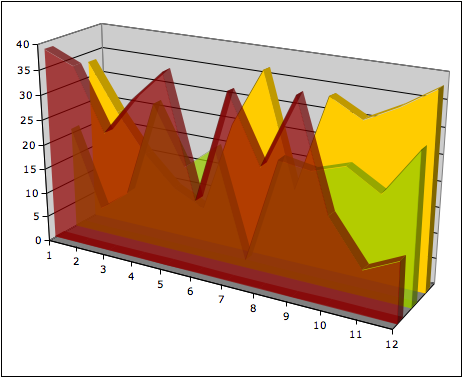 I spent a lot of time getting that chart to look a certain way, and I wasn’t born with that skill. Now, the same chart in Excel 2008: 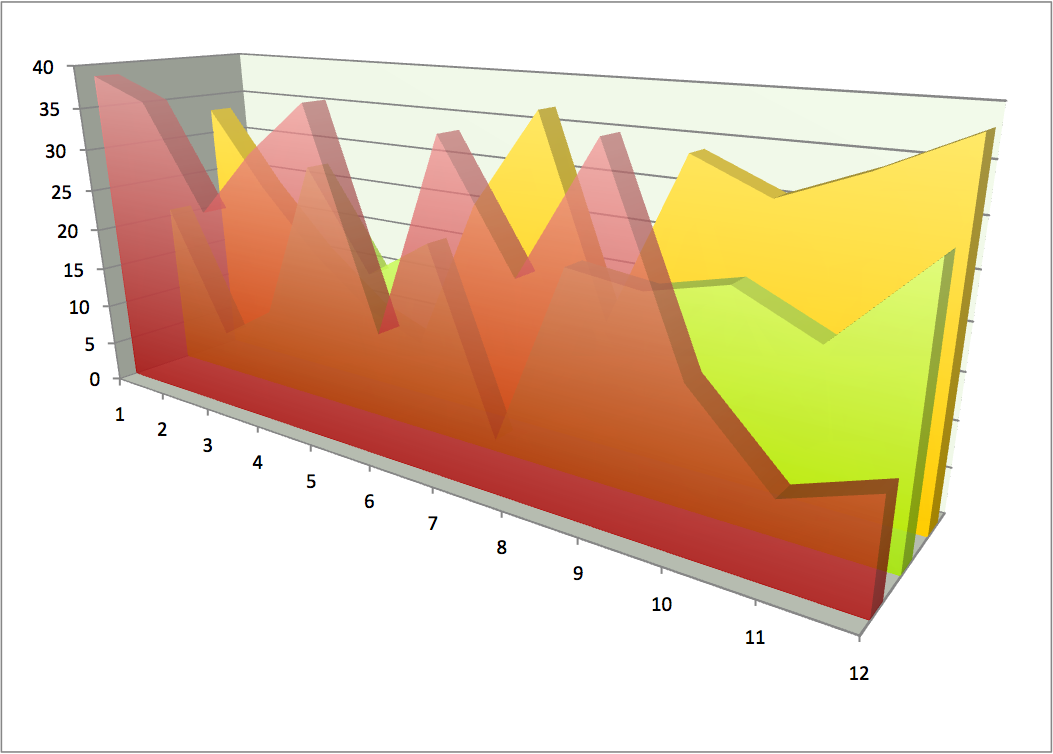 To be fair, the angle is slightly different, but you get the effect (and the above shot is from a recent build of Excel 2008). I think the difference is incredible – and humbling. The Windows Office team did great work, and our top-notch engineering team brought it to the Mac (and, soon, to you).

Of course, this wasn’t a simple job of porting code. Sure, we share some things in common with our Windows Office counterparts. That’s important, because you want your chart layout to look the same on Mac and Windows. But Mac Office leverages Apple’s Quartz APIs to render breathtaking results – as you can plainly see, above.

Better still, we’re still using the Mac Office user interface Mac users are familiar with. For starters, putting a chart in any Office file is a whole lot easier. You can pick from a variety of charts in the Elements Gallery, which is available in Word, PowerPoint, and Excel: 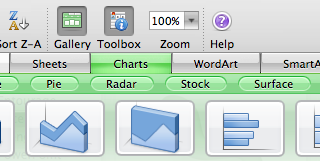 Once you do that, all the major formatting controls are a mouse-click away in the Formatting Palette. If you prefer, deeper control is available through formatting dialogs. And, with Office 2008, all formatting can be done directly inside Word or PowerPoint in addition to Excel. This will let you format the chart in the file you’re working on, as opposed to switching back and forth from app to app. Really, all you need Excel for is to change the data itself. I’m pretty happy with it, and I suspect many of you will be, too.

Of course, we’re still not done. It’s been a long road to get to the point we’re at now. I guess it’s not surprising that rebuilding a major component of Office would be rather hard. Even so, we’ve got an incredible team of smart people working hard every day. I know, because I get questions from them all the time! Charts are full of twists, turns, and special cases. Working on this has been a lot of fun, despite some really (really) long days.

I walked into this challenge naively assuming I knew most everything about charting. Over time I've come to see that no communication tool is simple, especially one that conveys numerical data visually in so many different ways. Maybe that’s obvious to some, but it was a lesson in humility for me. A chart isn’t a picture it’s a language. That’s why a book can teach people how to lie with them. The grammar of charts is what allows comedians to be funny and thinkers to make decisions. In the end, I understand that charts are a phenomenally powerful medium. I can’t wait to see your ideas!