Is Office exec Julia White the face of a new Microsoft?

Editor’s note: The following is a post from Thomas Kohnstamm, a writer for microsoft.com/stories. 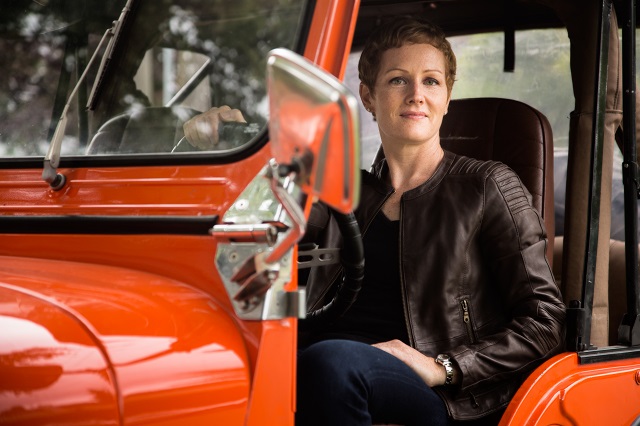 To say that a lot was at stake would be an understatement.

The San Francisco launch event for Office for iPad was Satya Nadella’s first appearance as the CEO of Microsoft in the Bay Area tech industry and media epicenter. And Office for iPad represents Nadella’s determination to create a mobile first, cloud first Microsoft that is committed to making cloud services like Office available on every device, no matter the platform.

As Nadella’s co-presenter, Julia White, general manager of product marketing for Office, was praised for her energetic hands-on demo – but also her sense of style.

“I think Julia White's very cool leather jacket should have its own Twitter account,” tweeted Mashable editor Lance Ulanoff at the recent Office for iPad launch event in San Francisco. Eventually everyone from tech bloggers to the New York Post weighed in on White’s sartorial triumph.

Typically, tech product launches don’t spark viral fashion discussions (at least not complimentary ones), but then, this wasn’t just any product launch.

Despite the fact that White is a 13-year veteran of the company, she embraces change and fights to move both technology and business to its future state. She’s never been afraid to challenge the conventional thinking and stand out from the crowd.

Read the full profile at microsoft.com/stories.