In this edition of Weekend Reading, we’ve got stories on The International Society for Technology in Education conference, the latest schools to use Surface and profiles on Office exec Julia White and Tyler Schrenk, who overcame a life-changing injury with help from Surface Pro and Xbox.

At the recent ISTE 2014 conference in Atlanta, Microsoft shared how teachers are using Office Mix and OneNote. Since the customer preview for Office Mix became available in May, teachers have been using the tool in unexpected ways that are influencing how Microsoft will continue to evolve it. For Cary Academy in North Carolina, OneNote helps bridge devices with students’ learning objectives. Microsoft’s partners also unveiled transformational tools that support 21st-century learning: the AssistX TestPolicy app and the Sebit Global Education Cloud, VCloud.

The Selinsgrove Area School District in rural Pennsylvania, and St. Thomas School, a K-8 school in Washington state, are on opposite coasts, but they share one thing: They’re using Surface . In the past year, teachers and students in 30 markets around the world have adopted Surface, including the Supreme Education Council of Qatar, Tuckahoe Common School District, St. Andrews Anglican College, St. Patrick’s College, Williston Northampton School, Twickenham Academy and CDI College.

A profile on Julia White , general manager of product marketing for Office, shows how she embraces change and fights to move both technology and business to its future state – and how a leather jacket has become her signature accessory. At the San Francisco launch event for Office for iPad, she was Satya Nadella’s co-presenter at his first appearance as the CEO of Microsoft in the Bay Area tech industry and media epicenter. 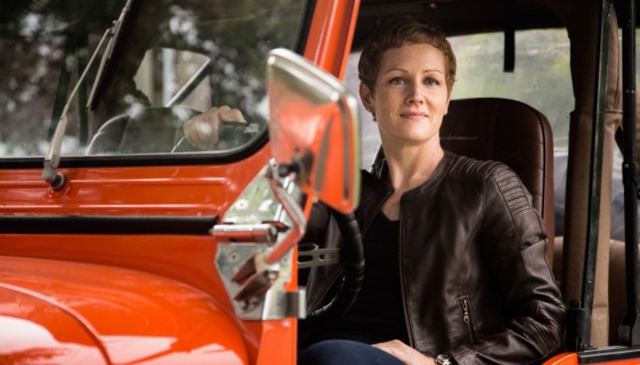 Following a life-changing injury, Tyler Schrenk uses the Surface Pro with speech recognition software and an Xbox One to help him connect. The quick connections many take for granted – email, online news websites, Facebook and other social media – slowed dramatically for Schrenk because it was hard to adapt technology to his new circumstances. Now, he’s able to check his email, follow his favorite sports teams, read the newspaper and look at the weather. He’s also enrolled in computer science classes at a local community college and hopes one day to find employment in programming.

With the acquisition of SyntaxTree , creators of the UnityVS plugin for Visual Studio, Microsoft has the opportunity to integrate support for Unity even more deeply into Visual Studio. UnityVS enables Unity developers to take advantage of the productivity of Visual Studio to author, browse and debug the code for their Unity applications. Already, dozens of the biggest names in game development rely on Visual Studio and the UnityVS plugin.

We saw the U.S. debut of the Lumia 635 and a bonanza of Windows Phone and Windows apps, many of them new or on sale. The Lumia 635, which comes with Windows Phone 8.1 and the Cortana personal digital assistant, will be available at both T-Mobile and MetroPCS beginning in July. When you get that phone, install the App of the Week, Adobe Photoshop Express. The Staff App Pick, the Good.Co app for Windows, helps you find out if you’re a good fit for that dream job. The latest Red Stripe Deals sale sparkles with games like “Bejeweled LIVE.” The Indie Game Spotlight Collection collects some monthly standouts from a growing community of independent developers, and the Windows Phone Blog focuses on 10 of those. The Conversations blog also weighed in on their top 10 favorite Windows Phone games for June. New titles from Gameloft also give you more choices for play. You can also find a round-up of apps that help you bring your favorite TV shows on-the-go. 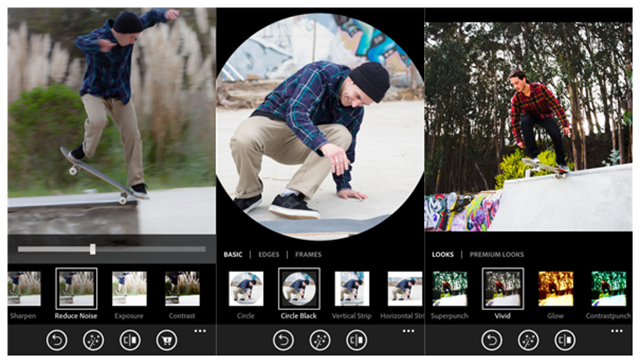 In this week’s installment of Snaps, Microsoft Stories' digital photo album, the team wishes you a very sweet Fourth of July with this tasty take on the Microsoft logo, spotted backstage at a recent press event. 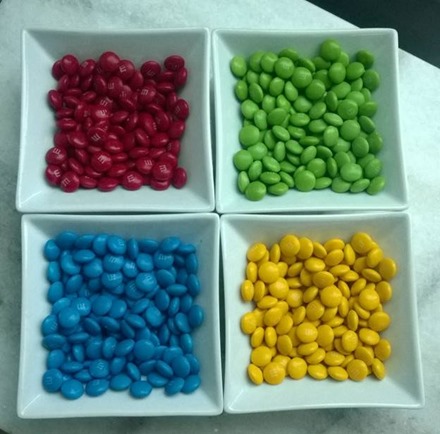 This week on the Microsoft Facebook page , we introduced you to Julian Mayor, who mixed Victorian furniture with Xbox control . Read his story, and tell us what you’ve created using #ICreatedThis. 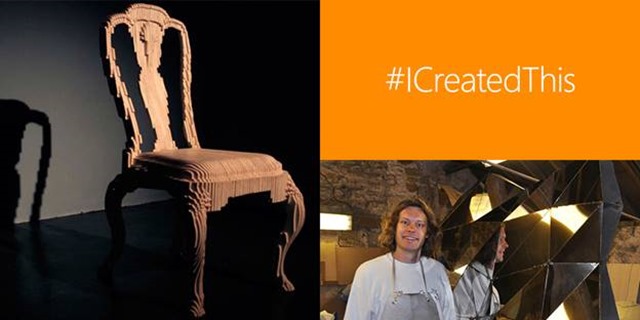 Thanks for checking out this edition of Weekend Reading. Hope you’re enjoying your holiday! See you next week!