For centuries, Makassar was widely known as a major port and trading hub in Indonesia. Today, the city is a symbol of urbanisation and is considered to be a major engine behind Indonesia’s economic growth over the past few years.

Recognising the role of technology in boosting development, the Makassar government signed a Memorandum of Understanding (MOU) with Microsoft Indonesia in May to enhance the IT capacity of its citizens. The MOU also aims to nurture new business, such as app development, with resources and support provided through the Microsoft BizSpark programme. 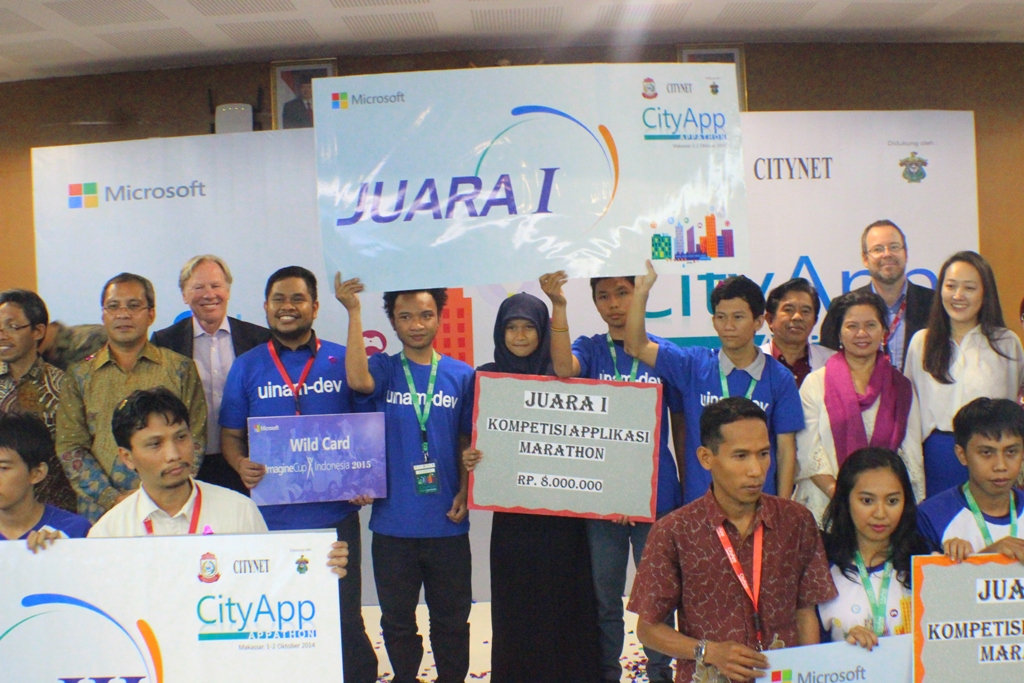 As part of the ongoing collaboration, Microsoft, CITYNET and the city of Makassar jointly conducted the Microsoft CityApp Appathon in early October. Held at Hasanuddin University, the two-day competition gathered 500 student developers and technology enthusiasts to create apps that help address a wide range of urban challenges, including unemployment, healthcare, education and workforce development.

From providing Makassar citizens with easier access to medical help during emergencies to improving the city’s waste management, the creative app ideas were warmly received by the panel of judges.

“Makassar is currently experiencing economic growth at 8.5 percent annually on average and is one of the key investment destinations in eastern Indonesia. By engaging the citizens directly, we can harness everyone's creativity and innovation to transform the city,” said Stefan Sjöström, Vice President of Public Sector Asia at Microsoft.

Team UIN Alauddin Makassar emerged as the champion with its MACCA app, aimed at bridging the skills gap faced by many unemployed people in Makassar. Their app crowd-sources relevant training programmes for users to boost their skill set, and connects job seekers to potential employment opportunities available in the market.

As the winner of the CityApp Appathon, Team UIN Allaudin Makassar was awarded a cash prize of eight million Indonesian Rupiah (US$660), as well as Windows 8 tablets and Windows Phones for each team member. The win also clinched them the wildcard entry to the semi-finals of Indonesia’s upcoming Imagine Cup 2015 competition. Team UIN Alauddin Makassar will be the first team from Sulawesi state to ever participate in the Indonesian leg of Microsoft’s global Imagine Cup competition.

“The CityApp Appathon was the ideal platform to showcase the potential of Makassar’s most valuable resource—its people,” said Ir. H. Moh Pomanto Ramdhan, the Mayor of Makassar. “We were very encouraged to see many great ideas from these young developers. Their enthusiasm in creating innovative apps to tackle everyday challenges and make Makassar a better place to live was inspiring.”