Summary: Notable Issues in the OMS Security and Audit dashboard help you understand issues and their severity.

One of the main capabilities of OMS Security and Audit solution is to enable IT Operations to have an accurate view of active issues in all monitored systems. This becomes imperative for hybrid environments that will have resources on-premises and in the cloud. The Notable Issues, located in the OMS Security and Audit dashboard, gives you this snapshot of current issues and their severity as shown in the following screen: 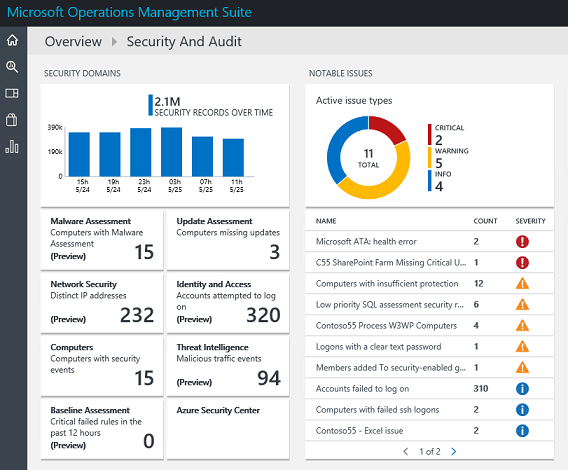 This week we released more details about these notable issues that can assist IT Operations to better understand the type of issue that they are dealing with. You can use the Search tab to drill down on one of the following computer notable issues:

Let’s use the example from the previous screen, in particular the Computers with insufficient protection warning issue, which currently have 12 occurrences. When you click it, the notable issues description is shown beside the computer name as highlighted in the following screen: 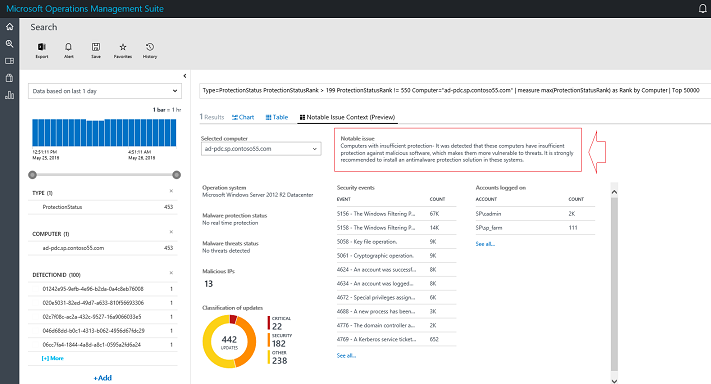 Make sure to explore this feature and send us your feedback!