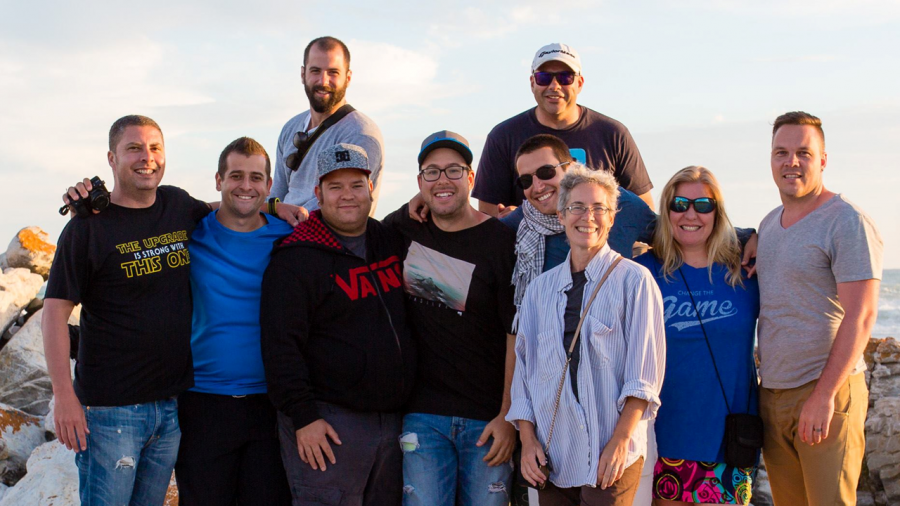 Think of the last road trip you took. You might have eaten loads of snacks, fallen asleep in the passenger seat, or stopped at the occasional look-out point to snap some photos. And while typically car excursions are pretty fun, one MVP-led road trip redefines what it means to embark on an epic adventure - that is, the type of adventure that gets tech leaders jumping for joy. It’s the South African aOs Road Trip.

Organized by Office Servers and Services MVP Alistair Pugin, the aOs Road Trip took off last October. Nine technical experts in Azure, Office 365, and SharePoint technologies hopped in a van to travel up the east coast of South Africa, stopping in communities to share their technical knowledge along the way.

The aOs Road Trip - which is under the SharePoint Saturday umbrella - lasted four days, during which the group stopped in Capetown, George, Port Elizabeth and Durban to deliver free half-day technical sessions.

Alistair knew Capetown and Durban typically cultivated larger crowds, but he recognized that individuals in George and Port Elizabeth weren’t able to travel to Microsoft events in the cities - they are about 5 and 8 hours away from Capetown by car, respectively. So Alistair decided to take the event to them.

“We are so caught up in the...the large crowds that we often forget the intrinsic value of productivity enrichment, and what this means to people from small organizations and cities,” he said. “Being able to foster innovation and growth by reaching out to less fortunate communities and planting the idea that we are but a call/text/IM away, and that we want to help them however we can, is such a human experience.”

For Alistair, organizing the aOs Road Trip was a dream of sorts. In 2012 he was the regional director for the Sharing the Point Africa tour, which reached Johannesburg, Cape Town, Kenya, Tanzania and Dar Es Salaam. The idea was to bring top SharePoint evangelists to Africa, but due to time constraints they weren’t able to visit the east coast of South Africa, where Alistair knew there were people interested in Microsoft technologies.

In this, the aOs Road Trip was born. Together the events saw more than 350 attendees; participants ranged in age from 24, to over 50. One of them was Samkelo Matinise, an IT technician intern for the Department of Transport in King William's Town, South Africa.

"The event for me and my colleagues was very fruitful...We had questions regarding SharePoint, [and] in that session they were all answered. Even though [the] time was not enough, the team...was willing to answer us even after the session," he said, adding that with the way people paid attention, it was clear the event was helping everyone in the room.

The speakers that participated in the road trip came from around the world, including South Africa, Canada, France, England and the U.S.

The road trip was such a success that a second inaugural aOs Road Trip has been planned October 2017. It will hit cities including Durban, Bloemfontein, East London, Port Elizabeth and Cape Town.

But more, the road trip has actually gone global! The aOs Road Trip is about to launch a platform to help other community leaders engage with them, and facilitate their own road trips. We saw this happen in Canada in February this year, with the official Canadian road trip run by the aOS community. So make sure to watch this space - the aOs Road Trip might be coming to you!

When asked why the road trip is needed in South Africa, Alistair said it is rather needed around the world. “It’s simple really. Pay it forward. Microsoft has helped me build a career that I am very proud of. I want to help other people achieve their goals. If I can evangelize about technology and get young, aspiring entrepreneurs excited about the Microsoft stack, then my proverbial work here is done.”