Having just completed my seventh year as a technology evangelist in New Zealand it is easy to lose sight of the path that I have travelled. My submission into the Microsoft Next project was an opportunity to reflect on the impact of the “long game” that we have applied with developers, inventors and thought leaders here in our part of the world.

Entire new industries have been created in the time that I have been in role and the people who inspire me the most are now my friends who are at the forefront of this new golden age.

Please watch my video and vote for me (by clicking like) if you like what you see :) 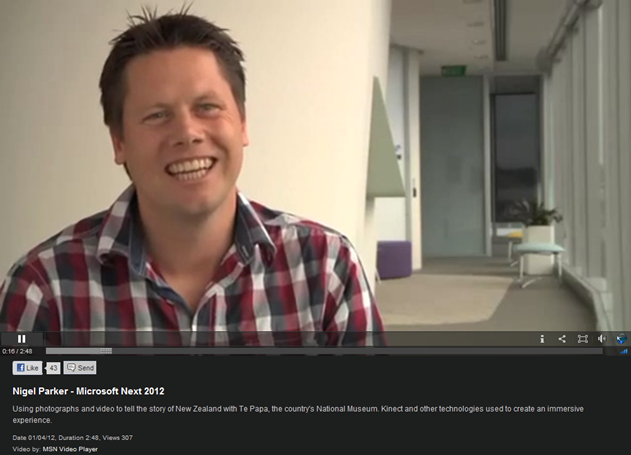 If anyone is interested in more detail of the story that sits behind the video – here it is :

Innovation happens when ideas are presented, adopted by others and refined into real world solutions

I presented a keynote slot at Web 09 in Auckland where I told a story of creative innovation using Microsoft technology (video)  - detail and behind the scenes. I followed this up with a three day camp in Wellington where I brought like minded designers and developers together to see what they could create using the next technology.

This lead to two amazing projects at Te Papa museum in Wellington.

John O’Brien and Bronwen Zande extended the mosaic concept further by entering a massive deep zoom mosaic – Mosaic of Queensland – into the Library Hack 2011 competition. John hooked up a bunch of poses using the Kinect SDK that would allow users to navigate up, down, left, right, zoom in, zoom out and of the mosaic – detail - video

I invited John and Bronwen to NZ to present on Kinect for Windows at the last Tech.Ed event. John create a Kinect Demo using the Mercury Particle Engine with Voice Recognition as part of his preparation for the talk.

I took both the Kinect mosaic example and the Mercury Particle demo to the Auckland Bar Camp and Youbee events in Auckland. The feedback I received on twitter from my presentation really showed the demos hit the mark: 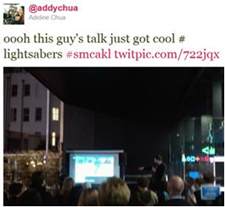 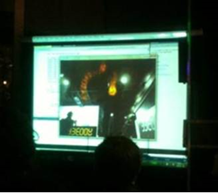 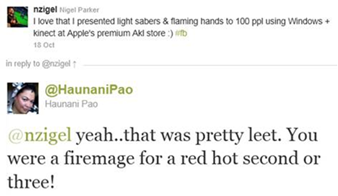 These presentations inspired developers in Auckland to embark on some truly interesting Kinect projects. One stand out is Sam Peacock who has taken Kinect and built what is possibly the world’s first interactive 3D music video for a high profile New Zealand band Pajama Club. 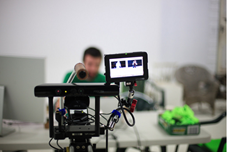 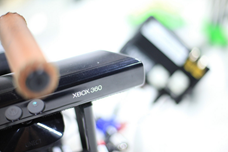