Generally, most people are familiar with two types of graphics files: bitmap and vector.

Bitmapped graphics present a 1-to-1 pixel representation of an image. This is also known as raster graphics. These types of files cannot be scaled easily as they are resolution dependent. The resolution is determined by how many pixels were used to represent the image in question. Since this value is static, enlarging such an image will usually result in a loss of quality.

Vector graphics on the other-hand use geometric primitives to comprise an image. Due to the fact they can be calculated via mathematical equations, this makes generating graphics programmatically fairly simple. This also makes for a much clearer picture when enlarging pictures, as these files are not resolution dependent. Thus, enlarging a photo will not result in the loss of any quality. 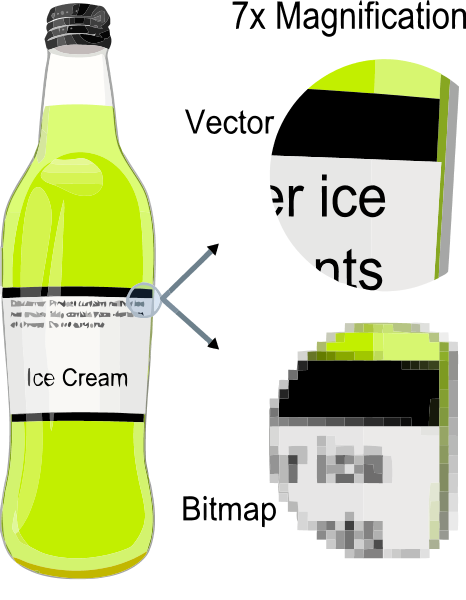 There is a 3rd type of graphics file is an Enhanced Metafile (EMF). This type of file MAY contain both bitmapped and vector graphic elements. Instead of an image being represented by pixel points or geometric primitives, an EMF image is constructed by issuing a series of function calls to the Windows Graphics Device Interface (GDI).

The file is constructed by a series of records that are read sequentially until the end-of-file record has been encountered. At the beginning of the file we have a special record called the EMF Header. At the end of the file we have another special record referred to as the End-of-File record. The resulting records contained in between these two are a record whose type is determined by the RecordType enumeration in the record itself. 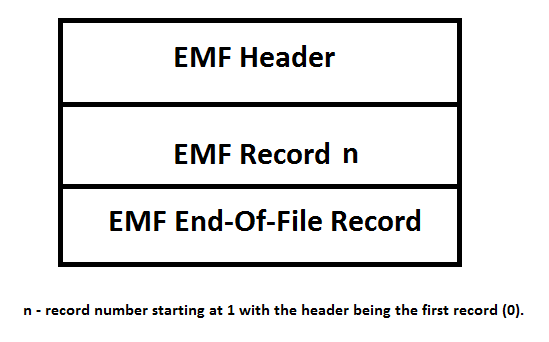 Generally, all records start with a type and a size, indicating the type of record we are dealing with, and the size in bytes of the current record in processing (the size includes the first 8 bytes which contain the type and size). From this point on, the remaining fields in the record will be different, depending on the type of record.

For example, an EMR_SETPIXELV Record looks like the following:

Size (4 bytes) :  A 32-bit unsigned integer that specifies the size of this record, in bytes.

The design of an EMF was constructed with the primary goal of being device independent, relying solely on calls to the graphics API. Thus, depending on the functions being called, the graphic in question could contain both vector or bitmap elements as earlier stated depending on the functions being called. The way this is accomplished is through the use of a reference device whose dimensions are specified in each individual file.