Edwin, Scott, and Uday are actively searching for a new location to meet in the Parsippany area.  If anyone who belongs to the group has an office they’d be able to offer up for hosting the monthly meetings, let me or the leaders know!  If you don’t belong to the group, but know of a place in Northern NJ that would be suitable to host a monthly user group, let us know! 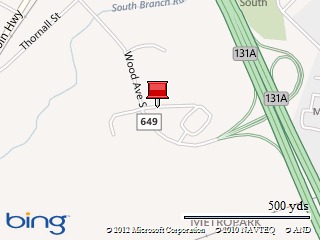 Terramark Iaas [Infrastructure as a Service]

Microsoft Azure is a system that is known as Platform as a Service (PaaS).  There’s another type of cloud system that in many ways is closer to our existing data centers.
These systems are known as Infrastructure as a Service (IaaS).  In this presentation, you will see a detailed introduction in using Terremark’s vCloud Express (IaaS) system.  Terremark has an outstanding control console and a very robust IaaS architecture.

You will learn now to deploy your applications to vCloud Express.  Details will include common needed to-do tasks as well as information on how to avoid common pitfalls and issues.

Dave Peru is currently working in a small startup developing a iPad based sales force automation application for big pharma companies. His role includes solutions architect and database designer for their ClearSky product. The site is www.pusuit-solutions.com and the company is located in Long Valley NJ. Dave has been with Pursuit since April 2011. Pad devices communicate to a central database using RESTful services. The central database is using SQL Server 2008 and the RESTful services are housed in IIS.
Prior to Pursuit, he served as a Senior Architect at Deutsche Bank for the development of their Infrastructure as a Service (IaaS), a cloud computing environment. As a part of this engagement he developed a state management service implementing a RESTful service API hosted in IIS using a SQL Server database. In addition, he led an offshore testing team that was responsible for all test plans and designs.

Prior to his role at Deutsche Bank, Dave served as President of BP Hobbies LLC. BPH is an E-commerce hobby supply website. At its peak, BPH was processing and shipping over 2200 orders per month and annual sales doubled every year for several years. As a Software Development Manager at Quoteship.com, later merged with Logistics.com, Dave was responsible for the development of a transportation management system. Dave managed a team of software developers while working with the business analysts and database designer.  In addition, Dave served as a contractor for Merrill Lynch, and built the Company’s first public website, as well as an internal Learning Network website. He developed a custom and novel technology for updating website content through firewalls using IP tunneling.

Dave began his professional career at RCA Solid State Division, a maker of computer chips, where he developed custom device drivers used with automated IC test equipment. After leaving RCA, Dave went to work for Intel Corporation developing Windows device drivers for Intel’s DVI video technology products. After Intel, Dave worked for AT&T Microelectronics/Bell Labs developing test software for a video teleconferencing system that was under development. Dave graduated from Syracuse University with a B.S. in Computer Science. Dave wrote his first computer program in 1979 on a Commodore 4016. His personal website is www.dperu.com.