We've been participating in creating a roadmap for adoption of cloud computing throughout the federal government, with the National Institute for Standards and Technology (NIST) , an agency of the U.S. Department of Commerce, and the United States first federal physical science research laboratory. NIST is also known for publishing the often-quoted Definition of Cloud Computing, used by many organizations and vendors in the cloud space.

Microsoft is participating in the NIST initiative to jumpstart the adoption of cloud computing standards called Standards Acceleration to Jumpstart the Adoption of Cloud Computing, (SAJACC).The goal is to formulate a roadmap for adoption of high-quality cloud computing standards. One way they do this is by providing working examples to show how key cloud computing use cases can be supported by interfaces implemented by various cloud services available today. Microsoft worked with NIST and our partner, Soyatec, to demonstrate how Windows Azure can support some of the key use cases defined by SAJACC using our publicly documented and openly available cloud APIs.

NIST works with industry, government agencies and academia. They use an open and ongoing process of collecting and generating cloud system specifications. The hope is to have these resources serve to both accelerate the development of standards and reduce technical uncertainty during the interim adoption period before many cloud computing standards are formalized.

By using the Windows Azure Service Management REST APIs we are able to manage services and run simple operations including simple CRUD operations, solve simple authentication and authorizations using certificates. Our Service management components are built with RESTful principles and support multiple languages and runtimes including Java, PHP and .NET as well as IDEs including Eclipse and Visual Studio.

It also provides rich interfaces and functionality that provide scalable access to public, private and hosted clouds. All of the SDKs are available as open source too. With the Windows Azure Storage Service REST APIs we can use 3 sets of APIs that provide storage management support for Tables, Blobs and Queues with the same RESTful principles using the same set of languages. These APIs as well are available as open source.

We also have an example that we have created called SAJACC use case drivers to demonstrate this code in action. In this demonstration written in Java we show the basic functionality demonstrated for the NIST Sample. We created the following scenarios and corresponding code …

1. Copying Data Objects into a Cloud, the user is able to copy items on their local machine (client) and copy to the Windows Azure Storage without any change in the file; the assumptions are to have credential with a pair of account name and key. The scenario involves generating a container with a random name in each test execution to avoid possible name conflicts. The container uses the Windows Azure API. With the credential previously created the user prepares the Windows Azure Storage execution context. Then a blob container is created, with optional custom network connection timeout and retry policy, you are able to easily recover from network failure. Then we will create a block blob and transfer a local file to it. We will then compute a MD5 hash for the local file, get one for the blob and compare it to show there are equivalent and no data was lost

2. Copying Data Objects Out of a Cloud, repeats what we do from the first use case, Copying Data Objects into a Cloud. Additionally we will include another scenario, where set public access to the blob container and get its public URL; we will then as an un-identified (public) user retrieve the blob using an http GET request and save it to the local file system. We will then generate a MD5 hash for this file and compare it to the originals we used previously

3. Erasing Data Objects in a Cloud erases a data object on behalf of a user. With the credentials and data you created in the previous examples we will use the public URL of the blob and delete it by using its blob name. We will verify by using an http GET request to confirm that it has been erased.

4. VM Control: Allocating VM Instance, the user is able to create a VM image to compute on that is secure and performs well. The scenario involves creating a Java Keystore and Truststore from a user certificate to support SSL transport (described below). We will also create Windows Azure management execution context to issue commands from and create a hosted service using it. We will then prepare a Windows Azure service package and copy it to the blob we created in the first use case. We will then deploy in the hosted service using its name and service configuration information including the URL of the blob and the number of instances. We can then change the instance count to as many roles we want to execute using what we deploy and verify the change by getting status information from it.

5. VM Control: Managing Virtual Machine Instance State, the user is able to stop, terminate, reboot, and start the state of a virtual instance. We will first prepare an app to run as the Web Role in Windows Azure. The program will add a Windows Azure Drive to keep some files persistent when the VM is killed or rebooted. We will have two web pages, one where a random file is created inside the mounted drive, and another to list all the files on the drive. Then we will build and package the program and deploy the Web Role create as a hosted service on Window Azure using the portal. We will then create another program to manage the VM instance state similar to what we had done before in the previous use case, VM Control: Allocating VM Instance. We will use http GET requests to visit the first web page to create a random file on the Windows Azure Drive and the second web page to lists the files to show that they are not empty. We will then use the management execution context to stop the VM and disassociate the IP address and confirm this by visiting the second web page which will not be available. We will then use the same management execution context to restart the VM and confirm that the files in the drive are persistent between the restarts of the VM.

6. Copying Data Objects between Cloud-Providers, the user is able to copy data objects from one Windows Azure Storage account to another. This example involves creating a program to run as a worker role where a storage execution context is created. We will use the container as per the first use case, Copying Data Objects into a Cloud. We will download the blob to a local file system. We will then then create a second storage execution context and transfer the downloaded file to this new storage execution context. Then as per the first use case we will create a new program and deploy it to retrieve the two blobs and compare and verify the contents MD5 hashes are the same. 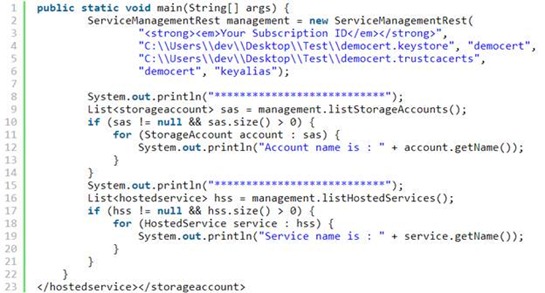 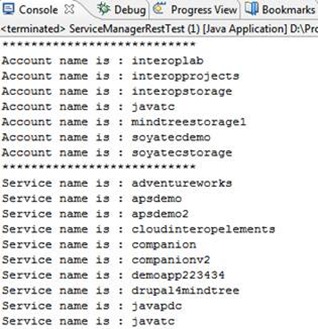 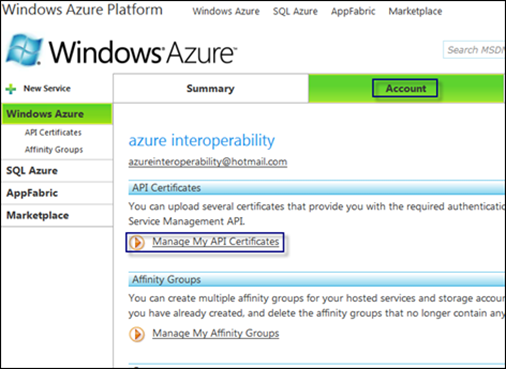 With the above tools and Azure cloud services, you can implement most of the Use Cases listed by NIST for use in SAJACC. We hope you find these demonstrations and resources useful, and please send feedback!