Back in 2007, we released the Microsoft SQL Server 2005 Performance Dashboard Reports, which were designed to provide fast insight into performance issues from some newly created system views – DMFs (Dynamic Management Views). These were updated for SQL Server 2008 and later to SQL Server 2012, and while being very helpful they had a significant drawback – required separate download and install. This meant that when needed, most probably they were not installed in a specific SQL Server, and therefore were unusable when they were needed the most.

How to start it?

As seen below, just bring up the Reports context menu at the server level, and select the Standard Reports. 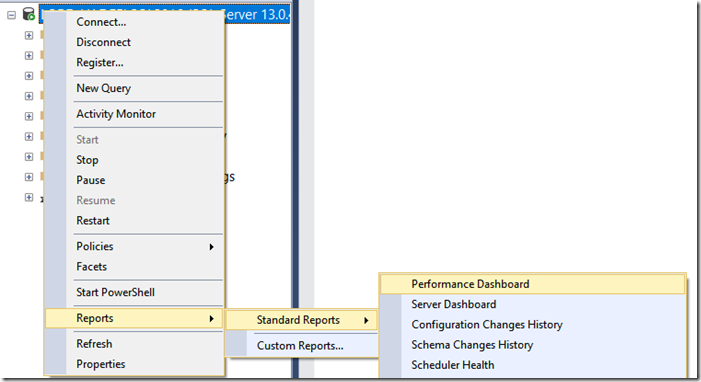 What to use it for?

The Performance Report allows a DBA to quickly identify whether there is any current performance bottleneck on the connected SQL Server. And if a bottleneck is found, easily capture additional diagnostic data that may be necessary to resolve the problem. Some common performance problems where the Performance Dashboard can help to solve include:

See below an example where a CPU bottleneck is present: 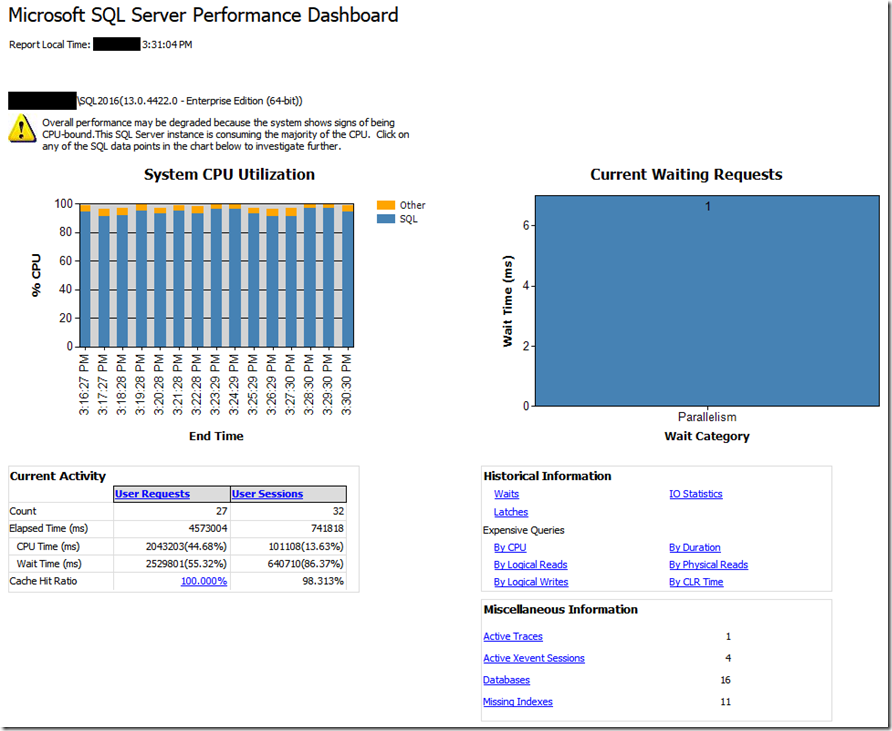 What has changed since the 2012 release?

Besides being completely self-contained in SSMS, we have made a few changes to improve usability:

What permissions are needed to run the report?

This is aimed at sysadmin roles. Other roles require VIEW SERVER STATE and ALTER TRACE permissions.

Check out a demo of this and other SSMS features in the Tiger YouTube channel.