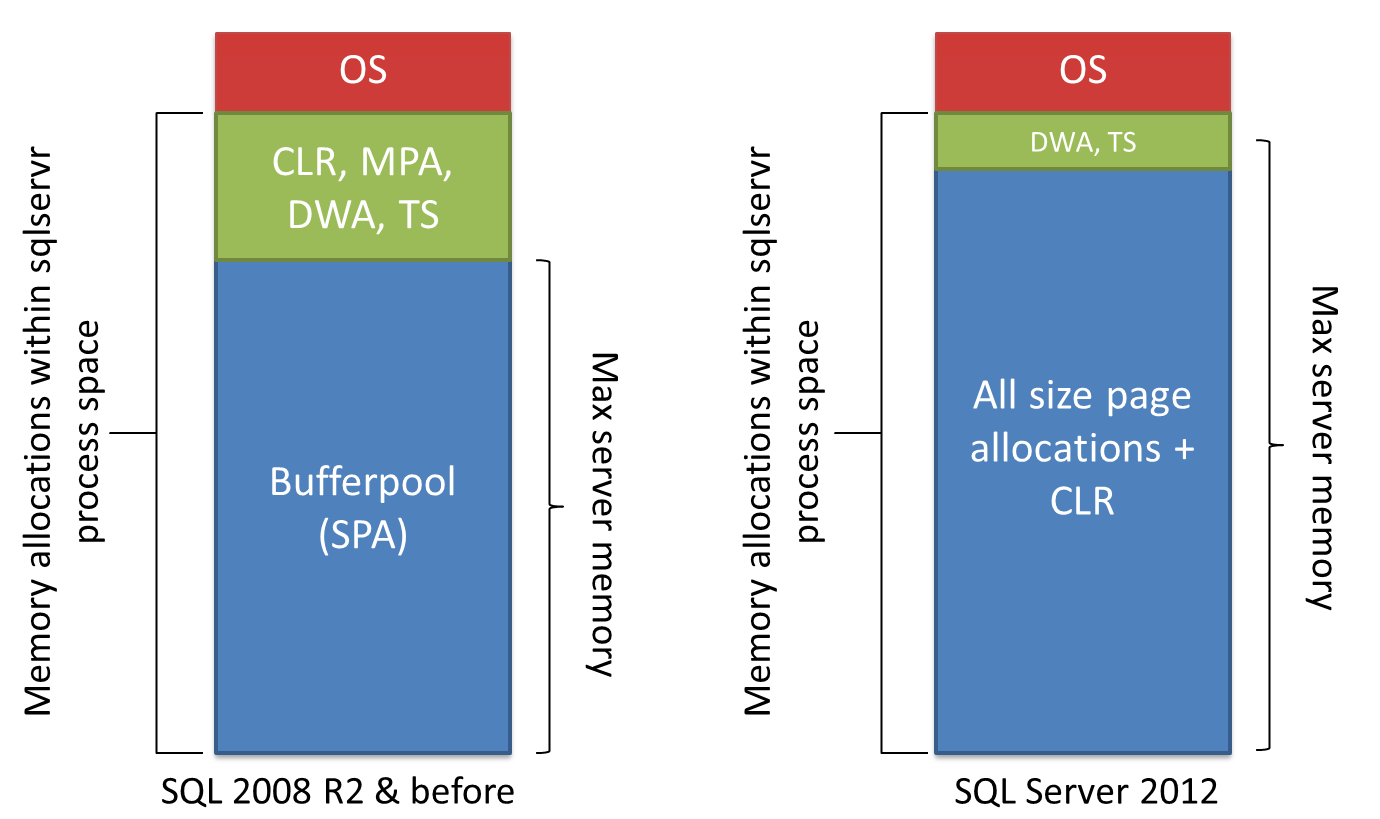 With all page allocations are governed, including CLR page allocations, instance sizing is more predictable, which can help a lot in memory constrained and multi-instance scenarios. Direct Windows Allocations, (i.e. calls to VirtualAlloc()) will still remain outside of Memory Manager control.

Here's a summary of the how the memory startup option settings changed in 2012:

SQL Server 2008 R2 was the last release to support the awe_enabled option, which allowed use of memory above 4GB on 32-bit systems. In SQL Server 2012 32-bit architectures can no longer use >4GB, though you can still set this value on 32-bit systems to allow the use of locked pages but it's not needed on 64-bit. Note this setting does not affect the way Address Windowing Extensions are use to implement locked pages in memory on 64-bit systems.