Hey Mr. SSMS! Why I am unable to open .sql files using by double click

For SQL Server 2008/2008 R2 installed on Win 7/Windows Server 2008, if we attempt to open .sql files with SSMS closed, the file does not open up in Management studio. The SSMS windows will just open (as below) but the file will not be displayed. 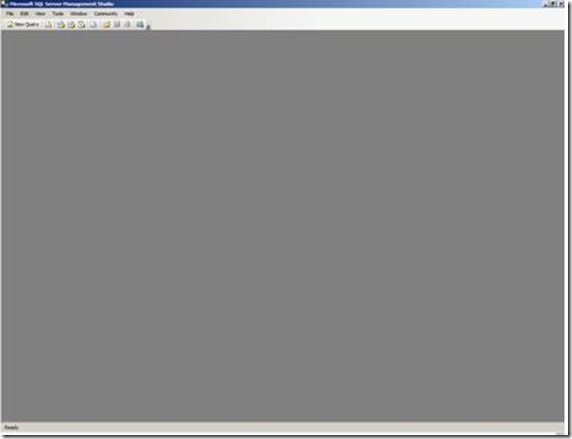 If the SSMS interface is already opened then it would open the file. Strange! Huh?

Note: This issue does not happen with SQL Server 2005.

To understand the issue better, we need to understand how file association take place. Whenever we launch a file Windows uses the Registry to discover which application handles it. This association is stored under the hive HKEY_CLASSES_ROOT. The value stored with this key is the File Class. For example, the extension ".txt" may have TextFile as its File Class.

A quick and easy way to find the file association is to run the command ‘assoc’ in the command prompt which will tell you the mapping of which folder under the registry hive HKEY_CLASSES_ROOT will be used.

We collected a Procmon trace (https://technet.microsoft.com/en-us/sysinternals/bb896645) on the machine. On analysis found that when we open the .sql file the command line is called:-

Now you may say, yeah! yeah!.. It’s nice to know why it is not working. Now tell me what do to?

Under the registry hive HKEY_CLASSES_ROOT\sqlwb.sql.9.0\Shell\Open\Command you should see something like this

%1- this is actually is used as a placeholder for the filename parameter.

After this change we verified that we are able to open the .sql file successfully. We verified using Procmon and now we could see the below command being called:-