The Shooter game from the XNA Game tutorial is a particular type of game with a set of well-defined limits around user interaction. Given these well-defined parameters we can leverage touch aspects of Windows 8 as well as other forms of user interaction for the user in playing the Shooter Game. In leveraging the XNA Framework, we find that the framework Game class implements a basic design using the game loop concept. With this concept, XNA provides not only a base window to display the game, but also provides overloadable methods that a game implements to facilitate communication between your game and the operating system. We will discuss more details around XNA game development and resources throughout this walkthrough. In Part 2 of this series, we will build the code and class to Draw a player character i.e. Shooter on the screen and add the code needed to receive input and move the player around. For an overview of MonoGame and installation information, please see Part 1 of this Blog Series Part 1: Overview, Installation, MonoGame 3.0 Project Creation.

Start Visual Studio 2012, and open the Win8ShooterGame solution that was created in Part 1 of this series. Currently this solution contains a blank MonoGame/XNA project that when run displays the default XNA Cornflower blue screen, as shown below. 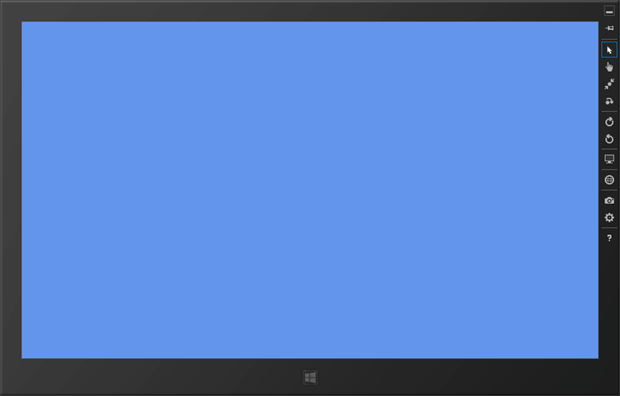 Select the Win8ShooterGame project. Add a new class to your project by pressing SHIFT + ALT + C or right click on the Win8ShooterGame project and click Add New Item and selecting a Class. Name the class by typing in Player.cs. Press ENTER. A brand new code file will be created and a code window will open up. This file will contain all the code we'll write to define the player class. This includes all the data and functions that describe what the shooter/player will do within the constructs of the Shooter game. We'll start with basic values such as position, and add a few functions we can call continuously to draw the player on the screen. Additionally, later in this walkthrough we will add functions later move the player around later.

Once the Player.cs file is created, the default class created will show the following code:

Now within the class Player definition, let's add the stub for the methods that will be used by the game to setup, update, and draw the Shooter player within the game. Add the following code shown below to your Player class.

Now let's add some variables to can store player data and information needed to ensure we can create and update the Shooter player accurately. Look for the first { mark under class Player, and enter the following lines:

// State of the player

// Amount of hit points that player has

// Get the width of the player ship

// Get the height of the player ship

// Set the player to be active

Now that we have initialized the player by setting base values associated with the player object, we can now use these to Draw the player on the screen using the position and the graphic (Texture2D). To draw the graphic we must draw the sprite (asset) by queuing Texture for rendering. We'll do this by passing our graphic (texture) to SpriteBatch object within the Draw method. Change the Draw() method inside the Player class by adding the code below and changing the method by adding the parameter of a SpriteBatch. Please see the following code:

We have now defined what a "Player" at a very basic level by creating a class that has all the data and methods needed to create a Shooter player. The next step will be to create a Player object in the context of the Game loop in order to utilize the player object as a Shooter in the game.

Switch over to Game1.cs by double-clicking "Game1.cs" in the Solution Explorer. Game1.cs is a very important code file - it is already partially filled out, as you will see. This code is our game loop. We're going to be making some additions to this file to make the Player class we've created part of the game loop. When we do this, it will then start to draw on the screen, every frame. Start at the top of the code, and underneath the using Microsoft.Xna.Framework.Graphics, add the following namespace:

Continue down and find the string marked public class Game1 : Game. A few lines down, below SpriteBatch _spriteBatch, add these lines:

Look down the code, find the method called protected override void Initialize(). Inside that method, underneath the TODO comment, add these lines:

Next, we have to load the player graphic and set the player's initial position before we can draw them on the screen. This is where we'll call the Initialize method of our Player class. Since this involves loading a graphic from disk, we will do this inside the game loop's LoadContent() method. Look down the code, find the method called protected override void LoadContent() . Inside that method, below the SpriteBatch assignment operator and the TODO comment, add these lines:

We are ready to draw our player. Any time you draw something, you'll draw it via the game loop's Draw() method. Look down the code, find the method called protected override void Draw(GameTime gameTime). Inside that method, below GraphicsDevice.Clear(Color.CornflowerBlue) and the TODO comment ; add these lines:

Let's draw the player on the screen. Add a folder to the Win8ShooterGame project called Content, then add a folder underneath the Content folder called Graphics. Download the precompiled shooter graphic, player.xnb, from the following link: https://sdrv.ms/Rmc11V to your computer. Right click the Graphics folder within the project and select the menu option to Add an Existing item. Add the player.xnb file from the location you saved the file on your computer.  Now we need to set the properties for this graphic.  Right click the newly added file, player.xnb.  Under the Properties option, set Build Action to property to Content and Copy to Output Directory property to Copy Always.

Now build and run your game by either via selecting Local Device or and the Windows Simulator via Build option. If successful, you will see the Cornflower Blue background with the Ship (player) shown on the screen. 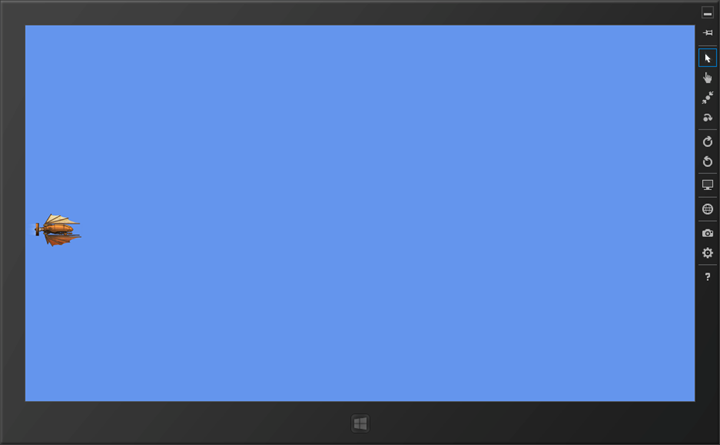 Figure 1 Ship/Player Drawn on the Screen

You now have created your Shooter player and displayed it on the screen. In this walkthrough, I provided a compiled player.xnb graphic in order to display the player on the screen. In  Part 3  of this series, we remove the precompiled player graphic and walkthrough how add graphics and sound for the Shooter game by building a Content Pipeline using Visual Studio 2012 / Visual Studio 2010 using the XNA SDK for XBOX or Windows Phone. We then will compile the Content Pipeline and show how to add the graphics resources created from the XNA Content Pipeline to the MonoGame Shooter project.