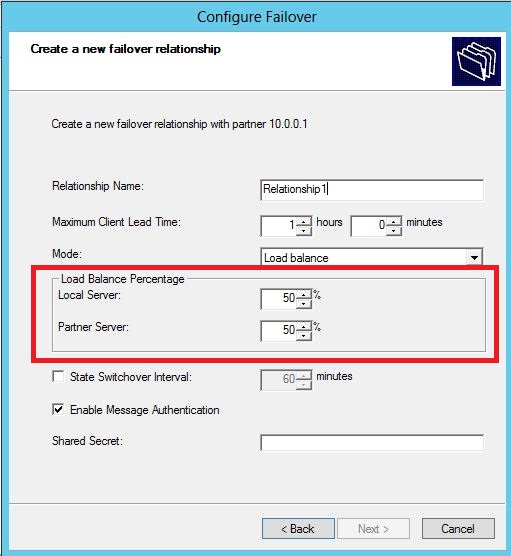 As you can see from this example, when a scope is configured for failover, the 2 failover servers would be granting new IP address leases from two different portions of the IP address range of the scope. This is in contrast to the case of a standalone server where the server proceeds  sequentially through the free IP address pool of a scope, to give out new leases, starting with the first free IP address.

You can get the number of free IP addresses (and percentage of free IP pool) on each server for a failover scope, by viewing the scope statistics. The fields Addresses Available (this Server's Pool)  and Addresses Available (Partner Pool) indicate the number of free IP addresses owned by each server for the specific scope. You can view the scope statistics in DHCP MMC by right clicking on the failover scope and click on Display Statistics. You can also use the PowerShell cmdlet Get-DhcpServerv4ScopeStatistics with the –failover switch to get the same information in PowerShell. The two additional fields shown in display statistics – Addresses granted (this Server's Pool) and Addresses granted (Partner Pool) – show the number of IP addresses leased out by the servers. 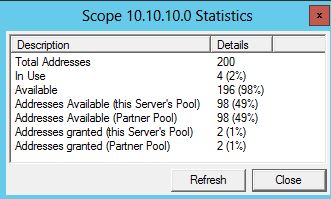 Figure 3: Statistics for a scope in Failover Relationship

When the failover relationship is in Normal state, hash bucket algorithm is applied for serving every DHCP client request. In communication-interrupted and partner-down states (i.e. when the partner server is unreachable or has gone down) hash bucket algorithm is not employed for servicing
client requests and server responds to all the clients to ensure service continuity.

Even while in Normal state, the server responds to the client if the client has been retransmitting the same request for a while. The server determines that a client has been retransmitting based on the secs field in DHCP client request. As per RFC 2131 the secs field is defined as “seconds elapsed since client began address acquisition or renewal process”. If secs field in client request is greater than 6 seconds, DHCP server will respond to the client even if the hash of the client MAC address does not fall within the hash buckets of the server. The idea behind this approach is to cater to a scenario where the server which actually owns the hash bucket for that client is down, but relation state is still Normal (there is a lag of 30 seconds between network connection (or the server) going down and this being detected by the partner server).

Most of the details shared in this article are not something that a DHCP administrator has to worry about. However, if you ever wondered how failover works under the hood (and most people do!), now you know!