Quorums play a key role in cluster functionality. A good definition of quorum resources can be found here, repeated here for your convenience:

Failover Clustering can be configured in one of four quorum models.

In the Node and Disk Majority mode, each node has a vote as well as a shared disk called the disk witness. This mode is preferable in situations with an even number of nodes that have shared storage available. For example, if you have four nodes that become equally partitioned then only one of the partitions can own the disk witness, which gives that partition an additional vote. The partition that owns the disk witness can therefore make quorum and offer services. 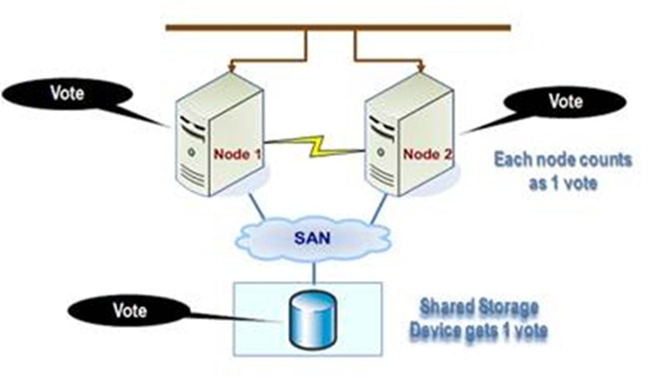 The Node and File Share Majority mode works in exact same way as the Node and Disk Majority mode with the exception that the disk witness is replaced with a file share. This mode is recommended if you have an even number of nodes and you don't have shared storage available.

4. No Majority: Disk Only 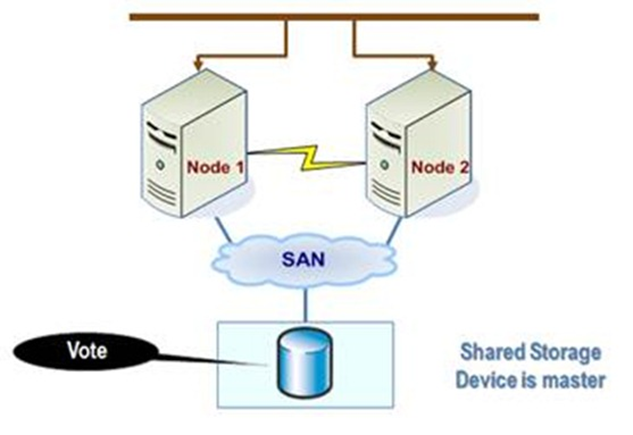