Can the concept of Cloud PBX be economically attractive?

Introduction:
Skype for Business Cloud PBX was launched in December 2015 as one of the new O365 Skype for business services . But what does a Cloud PBX actually do and why should organisations have a look at this new PBX concept? 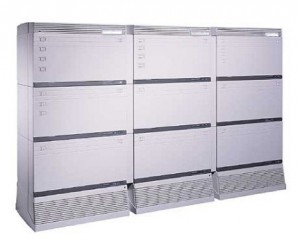 Fig1. Typical PBX freestanding
Legacy PBX systems can be large pieces of equipment, quite often expensive to maintain due to specialised skills required, especially when the PBX is end-of-life or out-of-support. Because of the high initial cost of most PBXs as well as the approach that when it isn't broken no need to fix it, PBXs are longer term investments ranging from 7 to over 10 years of service.

For a PBX to be to make and receive calls to/from the telephony network, organisations will usually have a contract in place with a Telco or Service Provider to provide a connection between their PBX and the telephony network and provide billing for their calls. As is the case with personal mobile contracts (with a mobile operator), it is most of the times difficult to change or cancel a contract without penalty. 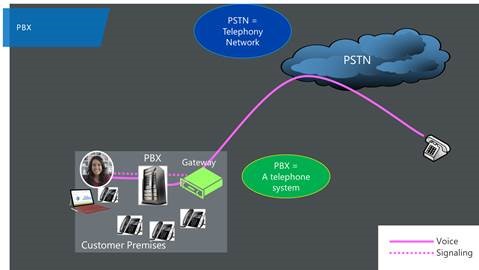 Fig2. Traditional Call flow from PSTN lines (Outside) to On-Premises

Cloud PBX:
The concept of the Cloud PBX is to replace this expensive piece of on-premises equipment with a telephony service equivalent, hosted in the cloud, however this solution can also work with your existing on-premises PBX to bridge the gap between existing investment and future enhancement. Giving you the time and pace to move to the Cloud PBX while maintaining the existing telco/SP connection. The Cloud PBX functionality is invoked through signalling between the on-premises phones and the cloud PBX, while the voice path of the call is established from the on-premises phone through an on-premises Cloud Connector Gateway to the telephone network: 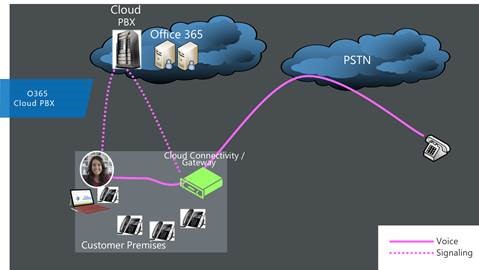 Advantages of Cloud PBX:
The advantages of using a Cloud PBX service include:
• Expensive PBX equipment and associated maintenance can be taken as a service from the Cloud
• Existing Telco agreements can leveraged to prevent costly breaches of telco contracts and/or lose hard negotiated attractive call minutes pricing 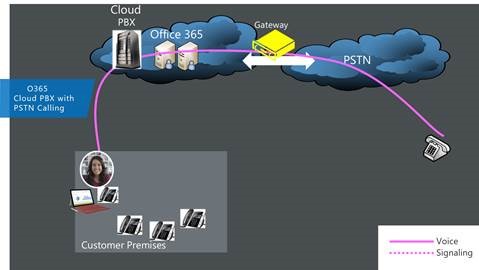 Conclusion:
The concept of Cloud PBX can deliver economical advantages over on-premises telephone systems (PBX) as outlined above. There are many ways customers can migrate from an on-premises PBX to a cloud PBX so speak to your Microsoft account team or Microsoft voice partner for more information to take you on this journey. Skype for Business is much more than just a telephone system replacement, by expanding the possible options for your staff to connect to the outside world will ultimately also extend your businesses reach. Whether you’re a small business with a handful of staff or a large enterprise, make sure you’re trialing Skype for Business.
Resources:
See Cloud PBX in action: https://blogs.office.com/2015/11/30/a-deeper-view-into-skype-for-business-cloud-pbx/
Simplify your communications: https://blogs.office.com/2016/01/21/cloud-pbx-with-skype-for-business-simplify-communications-in-the-cloud/