Back in 2010 Steve Rachui posted a fantastic management pack which added support for monitoring Windows 2003 and 2008 print servers. The original post is located here so you can read all about the functionality:

“ Printer MP Supplement
The focus for building out this MP supplement was to offer individualized printer monitoring. Further, monitoring should include the ability to detect the 12 error conditions available from the printer MP in the catalog and each error condition should be configurable as to whether or not it is enabled and, if so, how long the error condition should persist before considering it to be a problem. Lets walk through the MP.” –Steve

Introducing the “Tasty Printer Monitoring” management pack. I made a few changes and improvements. I streamlined the discovery scripts for the Printer and Print Server (role and server) classes. There are now only 3 scripts (1 for printers, 1 for print server roles, 1 for print servers)  instead of an individual script for each OS version role and each OS version server. I cleaned up a few little things and renamed the MP so this is not an “update” to the original management pack. This is technically a different pack. You would not want to use both this pack and the original. If this new one meets your needs then you should remove the older pack. All of the Printer Role discoveries are enabled by default (2003, 2008, 2012, 2016). 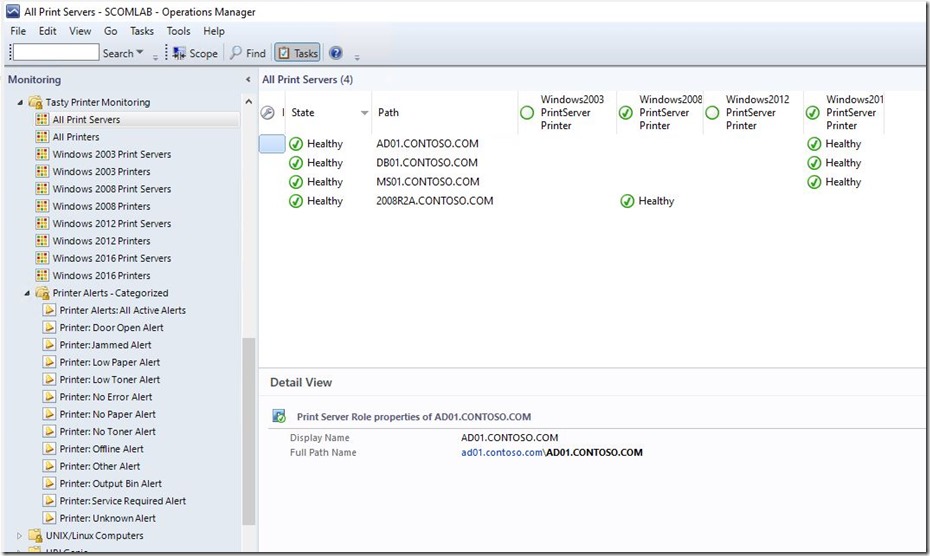 This is just an example of my lab where I enabled the discovery of the non-shared printers for demonstration purposes only. 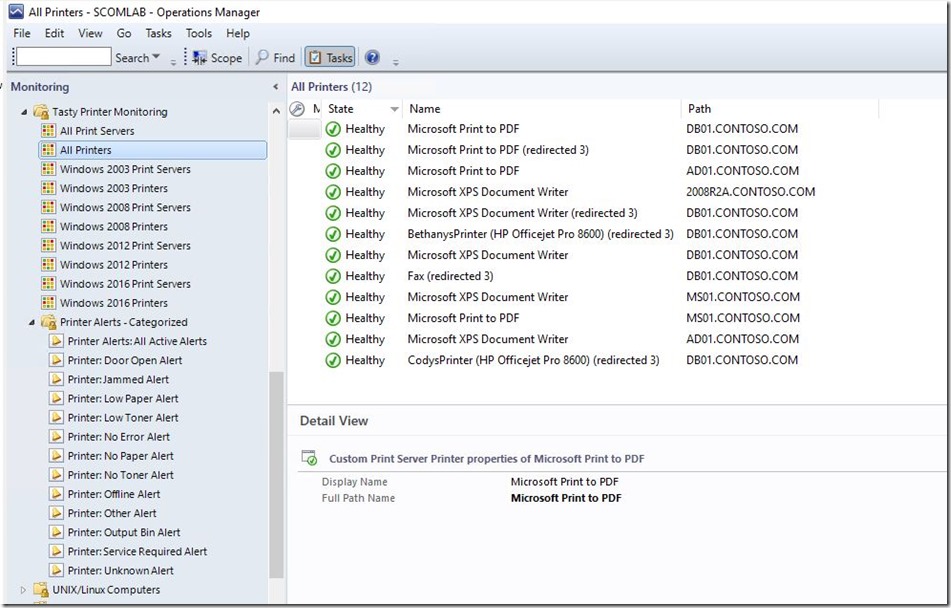