In this part of the series I’d like to make sure that whenever I change the code for my Event Grid publishing app a new Docker image is built and then pushed to my container repository automatically.

My flow is therefore:

I’m going to use Visual Studio Team Services (VSTS) to do this, as I like it, it's easy and powerful and it will make any future Azure deployment even easier.

I want a new VSTS team project within which I can add work items (user stories, bugs) and track work through various boards (Kanban, Task boards). Create the new project, selecting the most appropriate process template (I chose Scrum).

When the new project is created, by default it includes a new git repo. In this example it’s not needed as we’ll continue to keep the code in GitHub, but we’ll trigger a build in VSTS whenever a commit is pushed to the master branch in GitHub.

Add a new build pipeline and the first option is to set where the code repo is located. In this case it’s GitHub so select that: 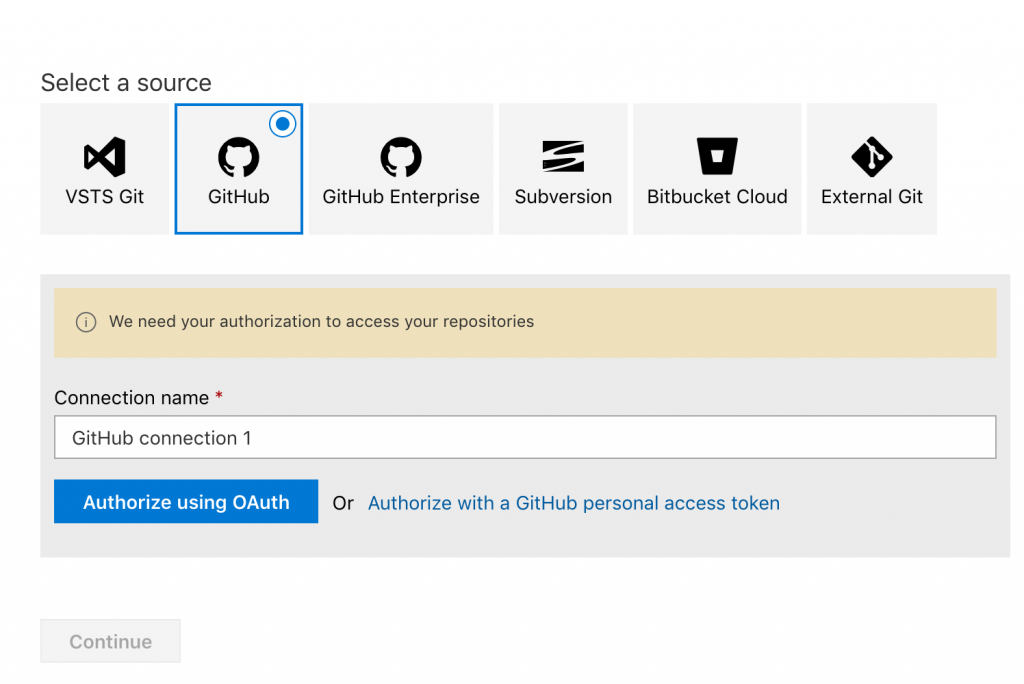 Set up the connection by authenticating to GitHub, I chose to use OAuth: 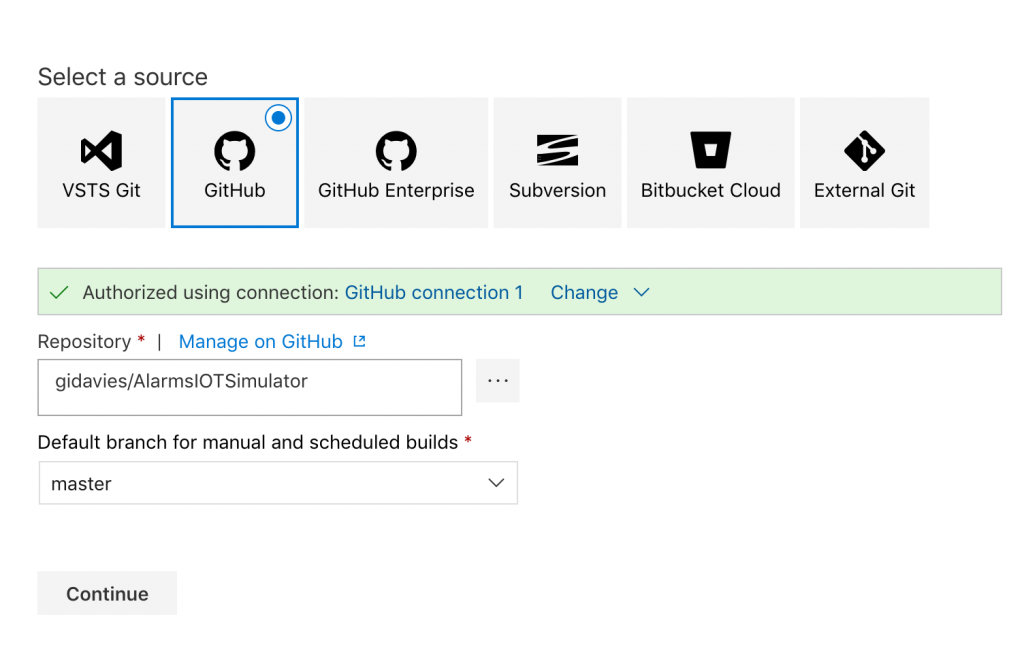 Then continue to choose the most appropriate template. I selected the Docker container template: 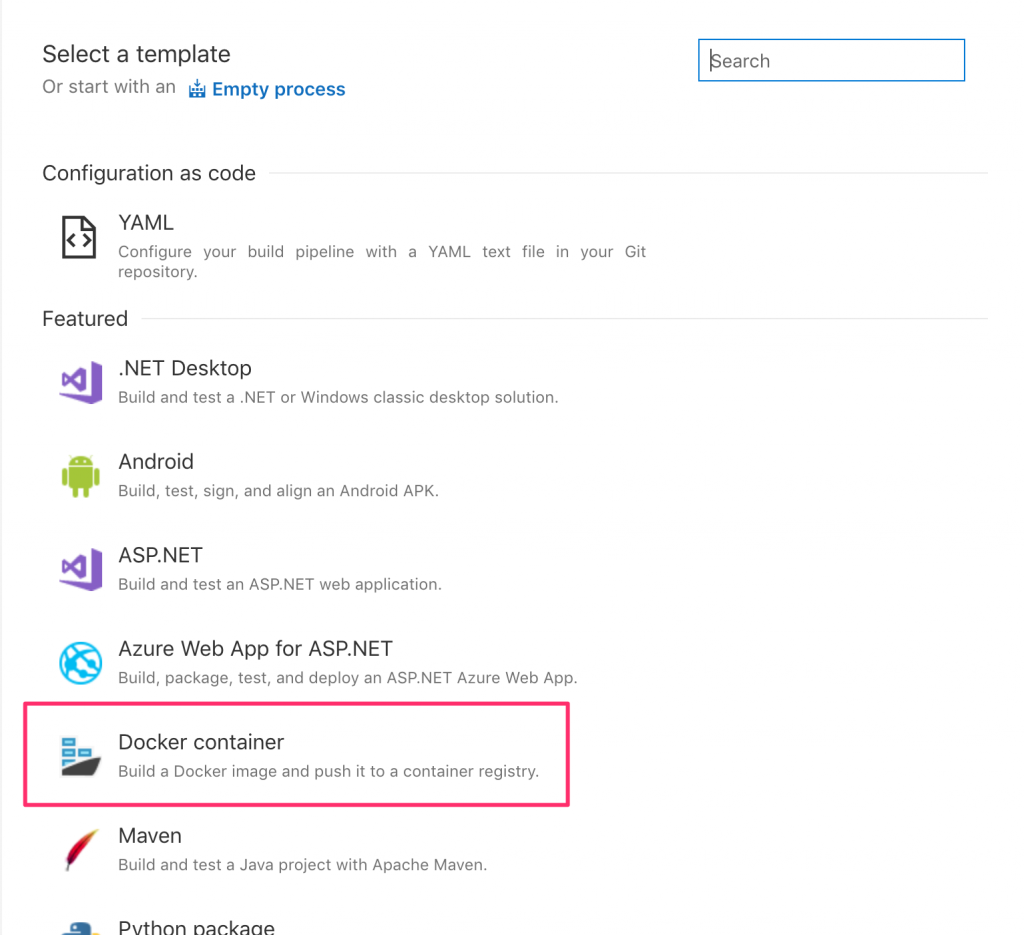 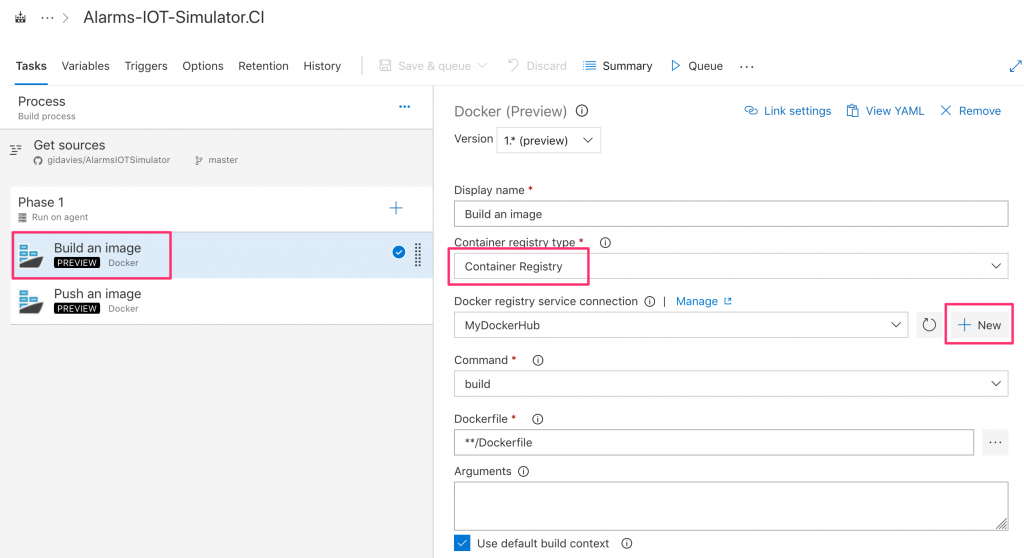 Then create a New Docker registry service connection. Change the Repository to DockerHub and enter your credentials: 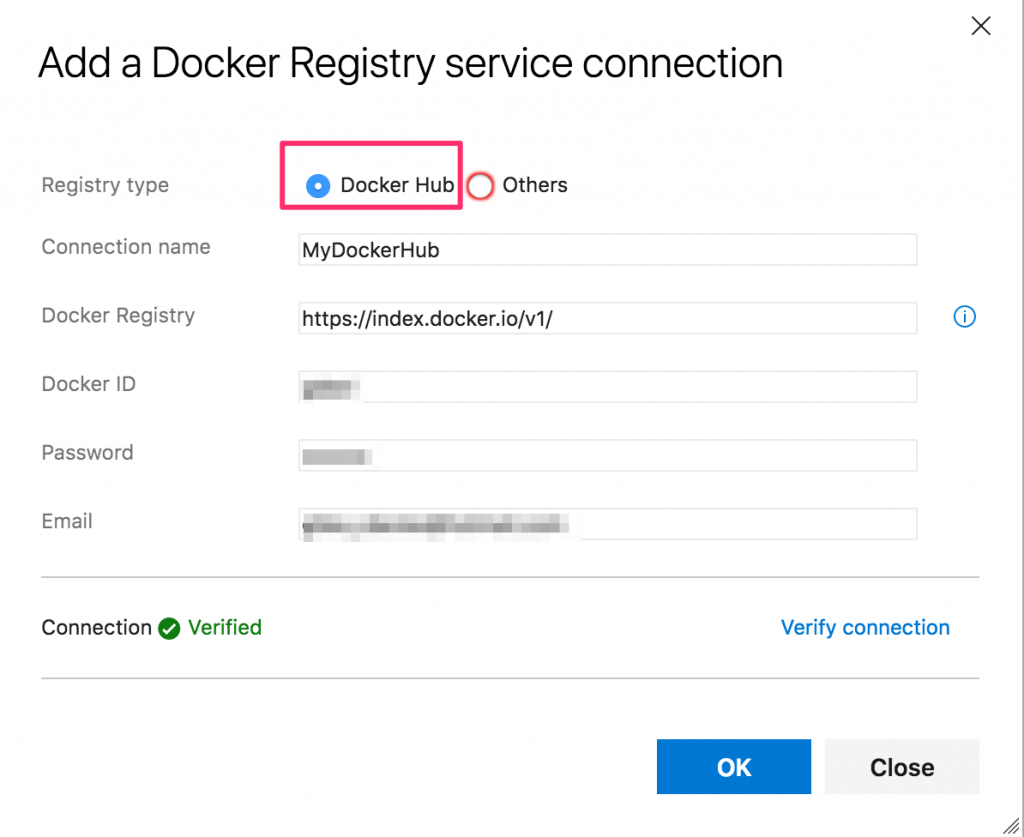 I also wanted to set the image name to match the image I already had in DockerHub, and therefore changed the default image name from $(Build.Repository.Name):$(Build.BuildId):

To a variable I created called image.name which I set to gdavi/alarms-iot-simulator:

I also checked the Include latest tag option so that the new version is always the latest.

For the Push an Image task, make sure the command is set to Push and update the image name: 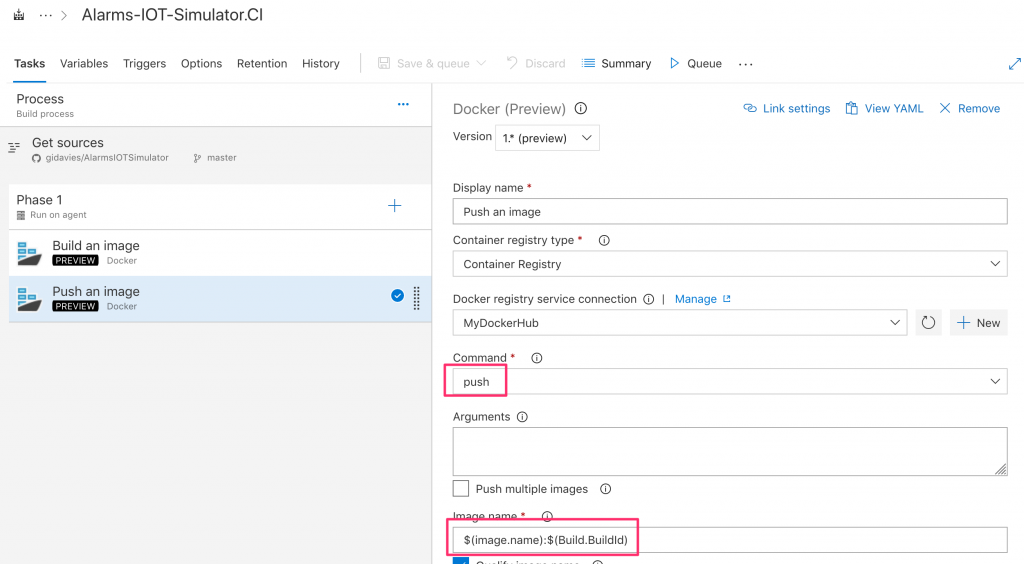 Now you can test by either making a code change and committing and pushing, or save and queue the build:

For now I don’t need to actually deploy the image beyond the container registry but if I wanted to I could add a Release pipeline to deploy to a container orchestrator such as Service Fabric or Azure Kubernetes Service.