The widespread adoption of Microsoft Azure means massive opportunities for developers with the right skills. 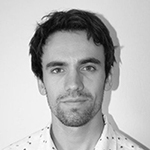 Alex works for Firebrand Training, a Microsoft Gold Learning Partner. He has worked in the IT training and certification industry for the past 3 years. He writes regularly about Windows Server, Microsoft Azure and IT security.

80% of Microsoft customers have already deployed or fully embraced the cloud. By 2020, the idea that a company has no cloud infrastructure may be as rare as a ‘no internet policy’ is today.

Since its launch, Microsoft Azure has been widely adopted across businesses - with over 66% of Fortune 500 companies relying on the technology to operate – and more high profile adoptions in early 2017.

As enterprises begin to invest heavily in cloud to scale resources, experts now agree that the public cloud market is entering a second wave.

The continuous migration towards the cloud – bolstered by investment from enterprise – means significant opportunities for developers with Azure skills.

Cloud skills are in demand

Demand for professionals with Azure skills will increase as cloud adoption continues to rise and cloud-applications become more sophisticated.

Right now, IT leaders struggle to implement cloud technology because of a lack of qualified professionals, and a 2016 study of 120 Microsoft Partners found that Azure skills were the hardest to source.

"There’s an incredible opportunity for businesses if they move to the cloud, but with a lack of skilled resources they are not able to realise those benefits as quickly" says Craig McQueen, director of Microsoft Practice at Softchoice.

The growing need for Azure skills is fuelling a job market for Azure-skilled professionals. As cloud continues to be adopted by businesses across the UK, demand for jobs citing Microsoft Azure continues to rise and shows no signs of slowing. 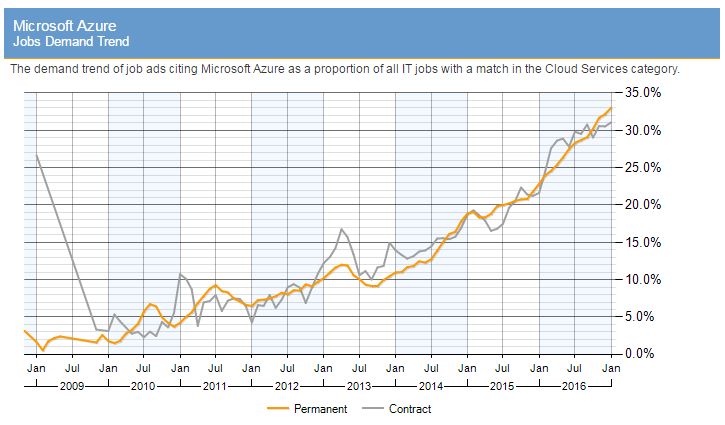 Plus, with a median salary of £52,500 in the UK, developers with Microsoft Azure skills are on track to earn a good wage in 2017.

Developers already familiar with Microsoft technologies, like the .NET framework and Visual Studio IDE, will find developing for Azure an easy transition.

With solid infrastructure and service delivery guidelines behind Windows Azure, most developers won’t need more than their existing skills to get started building applications for Azure.

If you’re unsure whether you can make the transition to developing on Azure, don’t worry. Potential Azure developers can take advantage of the free trial.

But if you don’t feel prepared to immediately start developing apps in Azure, Microsoft are making it easier than ever to skill-up in 2017…

Learning Azure is easier than ever

In response to the growing cloud skills gap, Microsoft recently launched a number of initiatives to make Azure more accessible to IT professionals.

As partner lead at Microsoft, one of Glenn Woolaghan’s main responsibilities is to increase the level of support that Microsoft offers to partners:

"Skills are a huge focus of the company. Customers are [moving] to the cloud and we have [found] there is a real shortage of skills".

So, to encourage more developers to learn more Azure, Microsoft introduced a number of new initiatives.

Microsoft have also introduced discounted exam vouchers for Azure related courses, which can help developers without Azure skills migrate to the technology. Exam vouchers can be used across any Azure course – including the Microsoft Specialist: Developing Microsoft Azure Solutions course.

Developers can use Azure to easily create applications that run reliably and can scale from a ten-to-a-million users without any extra coding. By using the free Autoscale feature, your app will scale automatically based on your customers’ needs.

At a time when DevOps and continuous delivery practices encourage quicker development cycles, developers using Azure will benefit massively. By developing your applications in Azure, you’ll be able to package and deploy them quickly, whilst Azure deals with the provisioning, load balancing and health monitoring.

By scaling your cloud apps to match demand, Azure’s ‘pay as you grow’ approach allows developers to bring apps to the market faster, and also to respond quickly to changes in customer needs.

Microsoft’s powerful Cloud Services enables developers to test a new release without affecting the existing one, helping to avoid downtime.

Cloud’s growing – can you keep up?

The widespread adoption of cloud technology has transformed the way businesses host and access infrastructure and created an industry predicted to be worth £189bn by 2020.

As CIOs become more comfortable hosting critical enterprise apps in the cloud, organisations will rely more heavily on public cloud providers, like Microsoft Azure. With the introduction of Microsoft’s hybrid cloud Azure Stack in 2017, partners will also be able to run their own private data centres through Azure.

Plus, Microsoft’s conversational computing push aims to make it easy to host intelligent chatbots on Microsoft Azure. The scalable compute power of Azure means that you won’t be spending money on virtual infrastructure if your bots aren’t being used.

Some businesses already use the cloud to host big data and machine learning software, like Splunk, and with the adoption from the enterprise, we can expect to see more in 2017.

2017 is primed to be a massive year for Azure. So whether you’re planning on moving to the cloud, or migrating more infrastructure, Azure skills will prove invaluable.