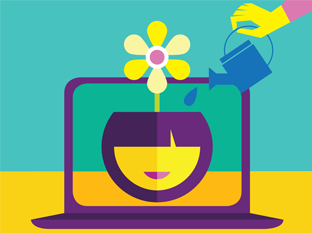 With the prevalence of technology in every aspect of our lives, it’s never been a better time to pursue a career in technology.

Sadly, statistics reveal that many girls are simply not pursuing science, technology, engineering and mathematics (STEM).  In fact, of the hundreds of thousands of technology jobs that will be available in the next few years, only 29 percent will be filled by women. Microsoft recognizes the importance of getting girls involved in STEM at an early age so they’re better equipped for the jobs of the future. In that spirit, the company leads DigiGirlz, a Microsoft YouthSpark program, which brings together female middle school and high school students to combat the entrenched stereotypes associated with technology. In addition, girls participate in hands-on workshops and are educated on the exciting career opportunities.

Earlier this month, Microsoft’s DigiGirlz Nashville chapter hosted DigiGirlz Day, an event for teen girls to show them that IT is more than just staring at a computer screen punching code. A similar event is taking place in Chicago this weekend, with an event Houston planned for the end of the month. Additional camps are also planned throughout the spring and summer. The camps are multi-day events that offer interaction with executive speakers and a more in-depth look at high-tech careers.

Many young women credit the program for opening them up to a world of opportunity, which was previously unexplored. One such example is Aisha Davis, a DigiGirlz success story, who was recently featured in the Charlotte Observer , “For the first time, I found something that I felt I was naturally good at other than sports. I felt smart!”

To find a DigiGirlz event near you, please visit here.