What is the memory buffer when dynamic memory is enabled?

UPDATE 7/18/2011: This article refers to beta user interfaces. While the concepts of a memory buffer remain unchanged - the user interface and associated logic for configuring the memory buffer has changed significantly. For details on how this works in the release version of Windows Server 2008 R2 SP1 - read this post: https://blogs.msdn.com/b/virtual_pc_guy/archive/2010/11/01/updates-to-dynamic-memory-ui-in-sp1-rc-part-2.aspx

When you enable dynamic memory on a virtual machine – one of the things you can configure is the memory buffer: 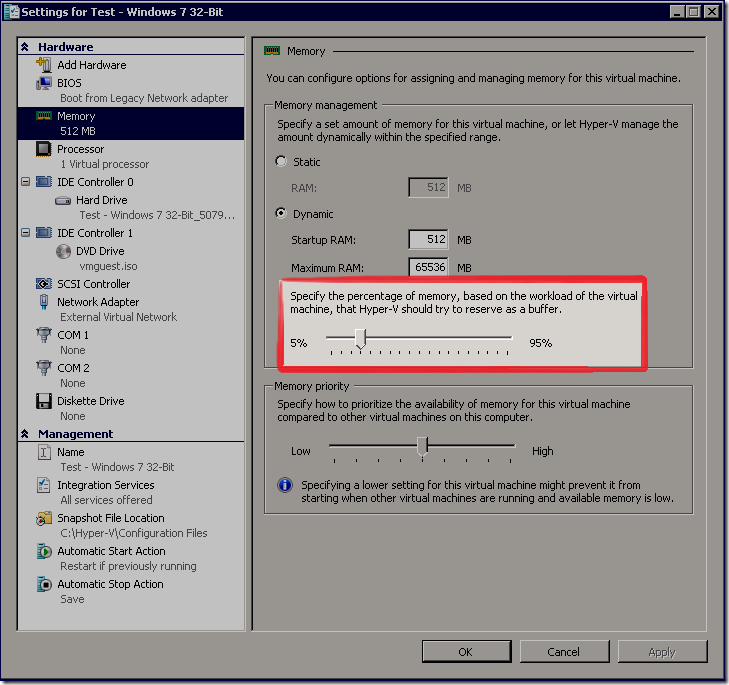 You may be wondering what the story behind this setting is.

Some common questions I have heard about the memory buffer setting include: